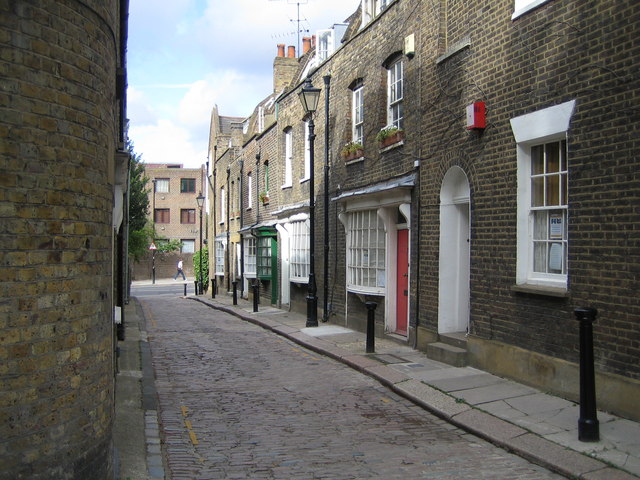 Why Little Green Street features in Joanna Briscoe’s The Seduction

Kentish Town. It’s only a matter of time before I get there. As a happy NW5 resident for the last eighteen years, I have, strangely, avoided setting a novel in the neighbourhood, but my work is creeping ever closer.

The main location of The Seduction, my new, sixth, novel, is a stretch of the Regent’s Canal. That’s where my protagonist Beth lives with her husband and daughter, in an eccentric warren of a house in what she calls a “damp, gnatty run” of shadowy water between Camden Lock, Kentish Town and St Pancras.

Beth’s life is stable, but her daughter’s disappearances along the canal worries her, and in the middle of the trouble, she finds herself tempted by the last person on earth she should be attracting. So, much of the activity takes place both on the towpath and in the canal-side house:

“Their jigsaw of a home with its low ceilings and narrowness, its added spiral staircase and mezzanine, appeared as a doll’s house that reached to the sky. Sounds of discord floated up from outside. Change was clearly imminent: King’s Cross money would come creeping even further along, regenerating the masonry, ousting the hippies’ canal boats and the drug dealers. But it was still as it had always been in this ratty tree-shaded section beyond the Lock.”

The atmosphere and setting were incredibly important to me in writing this novel. The house is much-loved but precariously mortgaged, and Beth increasingly sees danger – or thinks she does – when she looks at the towpath at night.

The setting came to me one day when I taught a Guardian Masterclass in King’s Place in King’s Cross. I decided to walk back home along the canal, which I hadn’t done for years. The further I walked, the more I saw the choke of duckweed, the low bridges with all their graffiti, the houseboats and dark, rippling stretches of water, the more I knew that this was where my main characters lived. It was a moment that turned the novel around. After that, I walked along the towpath countless times making notes.

The family house in the novel is in an invented street, but I know exactly the spot where it is. Confession: the house I used as its model is actually in Kentish Town.

I once went for an estate agent’s viewing of a house on Little Green Street, NW5, a tiny, cobbled eighteenth century street off Highgate Road. The house there was such an extraordinary and fascinating warren of little rooms, tiny narrow staircases, a kitchen like something out of Dickens.

It never left my mind – I still look at it, with its sharp angled roof and old brickwork as I go past, and remember how it struck me. So once I had the canal, that house was lifted by crane in my imagination, slightly rejigged, and came to land on what I call Little Canal Street.

Key locations in the novel involve water. Beth goes to paint by the Thames, and the hospital she visits for significant scenes in the novel is right by the river as well: a heaving Victorian monolith on its last legs that takes elements of the original UCH building.

Once Beth ventures south of the river, all sorts of disasters in her personal life await…It’s the Regent’s Canal where the heart of the novel really lies.

The Seduction by Joanna Briscoe is published by Bloomsbury on June 11th. Buy it online or from any local stores that open next week. Read about Joanna’s favourite NW5 deli here.