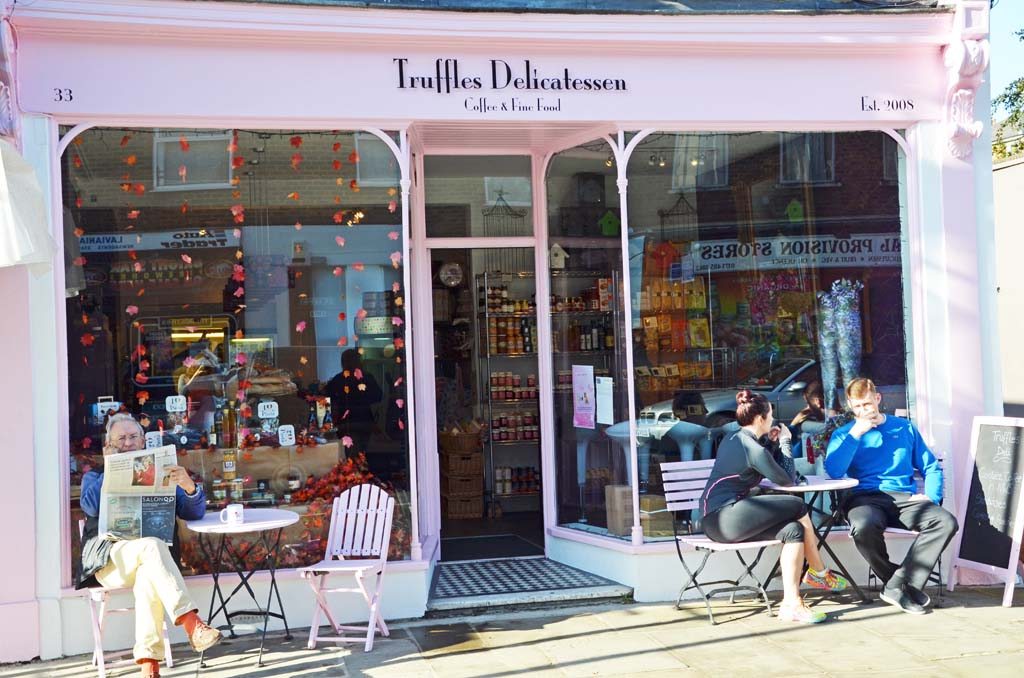 Why I love Truffles Deli, NW5

We groaned when we saw that a deli was opening in the middle of a recession. Worse still, it was a deli called Truffles. A new venture named after a luxury good hit entirely the wrong note in the depth of an economic downturn in which everyone, including the squeezed middle classes and highly paid potential truffle oil customers, were either losing their jobs or living in abject fear of redundancy. We gave it a few months.

For years, a hairdresser had occupied the premises on York Rise, followed by a well-meaning but ill-conceived café that closed pretty promptly, and after that the building had been empty. Our little corner of NW5, so residential, badly needed a hub. Good gastro pubs ring the entire area, but a handful of great local shops aside, there was no real feeling of a centre to Dartmouth Park. The NW5 passeggiata seemed impossible to imagine.

Six years on, the beating heart of Dartmouth Park is undoubtedly Truffles. A fabulously stocked deli and café, it is special both because of the loveliness of the goods – and the owners. That chill premonition of imminent collapse couldn’t have been more wrong.

Why do we north Kentishtowners love the place? Well, for starters, it’s got the best coffee, bread, cheese, salami and pasta to be had locally, and it’s all too easy to pop in there while proprietor Lee makes up a delicious ciabatta sandwich with a cappuccino. His specialist knowledge and true passion for food and cookery means that even an ignoramus like me can make a dinner party come to life.

He’s making foodies of my young kids. He offers them samples, pocket-money tailored discounts, discusses the qualities of Prosciutto al Forno versus Salami Finocchiona, and always has time for them and their limited budgets.

Of course, the arts and media are major NW5 industries, and among the regulars, you often spot Booker winners, party leaders, film directors, actors and artists. “Dartmouth Park is really cool because everyone knows who they are but they have a respect for them,” says Lee. “They seem to find sanctuary in here because they’re not pressured. It’s the community that makes that happen. It’s the biggest village in town.”

Indeed, despite the celebrity quotient and the area’s soaring property prices, its sometimes oppressive sense of wealth and skiing-season emptiness, there’s something laid back, unsnobby, and refreshingly normal about Truffles. Again, this is down to the owners – lifelong locals from Junction Road who happen to understand and love food.

“The reason I started the shop,” says Lee, “is because in Italy, everyone sits round one plate, and there’s that interaction around food. If there’s one plate of food and everyone’s sharing and talking it’s more fun. The idea behind the deli was people all sit together, either here or at home.”

Lee is originally a horse man, and still drives horses and carriages for films. He worked in the Household Cavalry Mounted Regiment and was then based at Buckingham Palace, driving carriages for the royal family.

But he always wanted a food shop. “My family’s been mad about food from the start. My uncle’s love of Italy and Rome rubbed off on all of us. I had this early mid-life crisis, thinking, If you don’t do it now, you’re never going to do it.”

In the meantime, Lee’s mother Ann took a sabbatical from work to help out and never left. Are there no mother-son spats over the salami? “We get on really well. A really close relationship. I’m very happy to have her as it wouldn’t work otherwise. We’ve both got our roles.” Ann also re-started the York Rise street party with a couple of others, and they donate much of their profit that day to charity.

Go there as the light is falling, the windows are glowing, the conversation is spilling out, and it’s evident that quiet old Dartmouth Park finally has its lively centre.

4 thoughts on “Why I love Truffles Deli, NW5”

4 thoughts on “Why I love Truffles Deli, NW5”