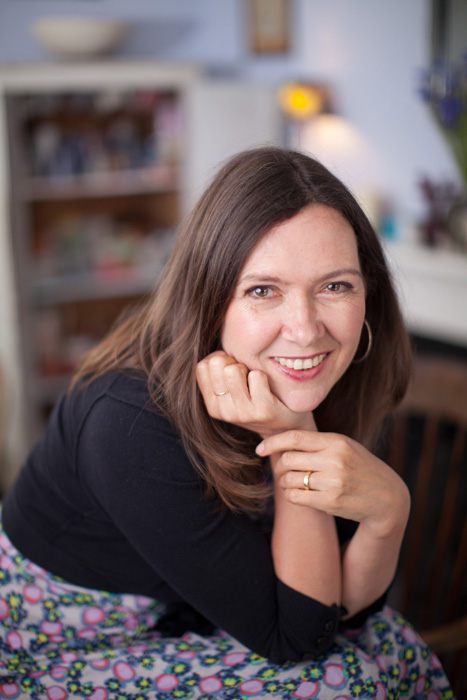 My latest novel, Touched, has ghosts in its margins, while the humans wreak havoc all of their own. In this, my fifth novel, I’m inspired by the slightly odd, the disturbing, and even the dodgy.

The loveliness of where I live – Dartmouth Park, NW5, that tiny green oasis between Kentish Town proper and Swains Lane – doesn’t preclude spookiness.

In fact, it was spookiness in perfection that first inspired me for Touched. I was born in Hampstead, in the old St.Mary’s maternity home on Heath Street, now flats, and my parents took me straight out to a coffee bar, wrapped up against the January snow. Soon they wanted to get their firstborn out of town, and so we moved to Letchmore Heath, just north of London, near Elstree. I was only there till the age of four, but that pretty village became the setting of this novel.

Though I spent most of my subsequent childhood in the West Country, north London always drew me back and I returned twelve years ago. As I walk around, it’s that mixture of the polished and the somewhat less refined kept that keeps the place lively.

That’s what I love about Kentish Town. There are attempts at gentrification, and it’s certainly happened in some areas, but there is still the peeling, rowdy, bus-roaring scuzziness that has always marked this place and must never disappear.

If you look around, there’s so much that is atmospheric, odd, decaying or full-blown spooky.

First and most obvious, of course, must be Highgate Cemetery, especially the West Cemetery. It’s a twenty minute walk from me, and a focus for goths, vampire lovers and historians from all round the world. Those ivy-clad graves, steep overhung paths, the Beer mausoleum, the Circle of Lebanon, and Terrace Catacombs are all so ridiculously gothic, we locals are spoilt for choice, and of course it’s inspired many authors, from local Tracy Chevalier to Audrey Niffenegger.

Yesterday, I saw a rat running over the path on the Heath, just before Parliament Hill, where there’s a shady passage of trees, and if I want to immerse myself in the more chilling aspects of the Heath, I have only to get lost among the beeches or sink a little in the mud on the way to Kenwood. I’ve also been on several of fantastic Bat Walks. Note on resident rodents: hundreds of rats also poke their heads up in the evening at the side of the canal in Camden. As long as they’re not going to jump near me, I can pretend I’m watching Game of Thrones.

Other less picturesque horrors lurk in the various railway sidings round us. That bridge leading to Churchill Road from Acland Burghley school is shadowy and decidedly strange, and always looks as though it’s about to collapse, while College Lane is built, surely, for ghosts and danger, lovely though the houses are there.

They end in the almost Disneyfied row of ancient cottages that is Little Green Street – a different land – where the proportions are so tiny, the staircases so narrow, with terraces of roof terraces, vicious angles, and tumbles of interconnecting rooms, they are straight out of a Dickens novel and could surely host some interesting presences among the shadows.

The most potentially haunted corner is where the high street meets Holmes Road. Look at the top of O’Reilly’s pub, where it says The Old Farm House among decaying masonry and wonder…Though spookier still might be the blank blue building next door above McDonald’s, where anything could be going on. Look further down Holmes Road, and the ghost of Le Petit Prince still hovers above Troy Café.

The slightly odd, down-at-heel nature of Kentish Town Road can only be retained if we keep lovely old shops like Blustons, or B and S DIY Homecare or the London Bead Company. It wouldn’t even be the same without the somewhat worrying looking Rio’s Relaxation Spa. If that palmy facade ever advertises Starbucks instead, Kentish Town will lose its dodgy, eerie air that is so vital to its character. Take a look, if you will, at York Mews, but not on a dark night. It’s all rubbish bags despite dire warnings, and ends in a vast metal container, while blasted squares in one wall make it look like a recessionary half-developed Greek island.

No wonder Kentish Town inspires me as I walk around. Often I simply stand and puzzle. That tower behind the fire station. What is it, exactly? And the much loved camel at the end of Lady Somerset Road, straddled by one human boot, while she seems to have lost her own legs in recent years. I trust and hope she talks to other toddlers, now my own children are too big, because I know just how sonorous her voice is…Camelina, we celebrate you.

Finally, the ghostliest bits of Kentish Town are those we can’t even see. Take South Kentish Town Station. Never heard of it? That’s because it’s not on the map. It was only in use between 1904 and 1927, it’s inaccessible to us, but TFL use it as a maintenance tunnel, and it’s not hard to picture that mournful ghost station down there. John Betjeman wrote a story about a poor passenger who became trapped in a disused station. It was called South Kentish Town….

My own story is tense, ghostly and full of human longings and distortions; full of what lies, hidden, beneath our feet or above our heads. There is so much to see all around if only we look, or know. If I want fresh inspiration, all I have to do is walk out of my front door.

This is box title
Touched by Joanna Briscoe is published by Hammer Books and out now from Owl Bookshop, Daunt, and other local bookshops.