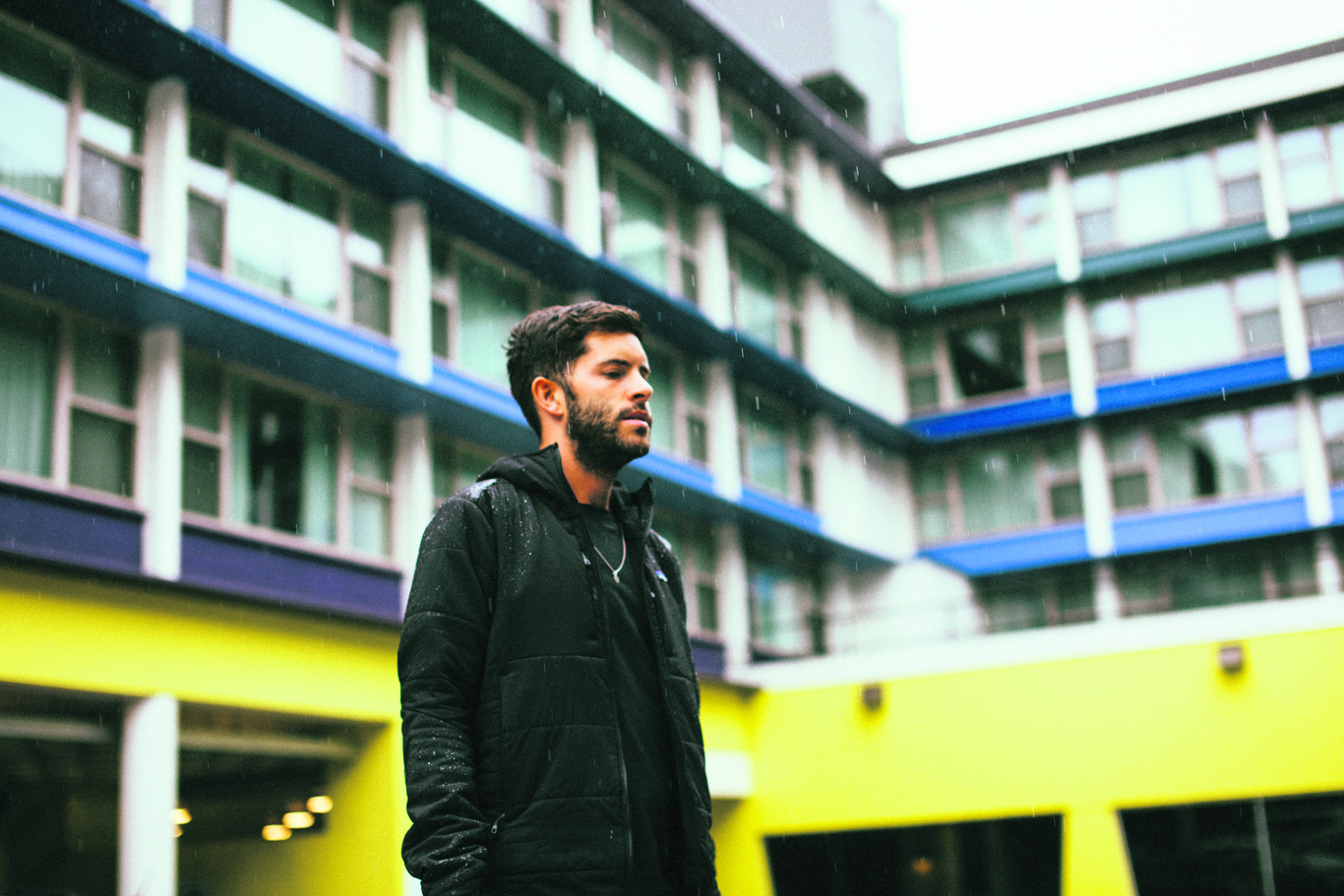 eorge King (aka Catching Flies) is one gifted bloke: accomplished at drums and piano, his sound contains elements of everything from jazz to house, soul to hip hop; at first it appears to be the creation of many, yet his enterprise is a solo one.

In 2014, he supported Bonobo on the European leg of his tour, whilst this summer he played ten sold-out gigs in the States with genre-hopping Nightmares On Wax. He’s also written a string of EPs and recently put out a single called Satisfied, plus a short film featuring Kentish Town locations aplenty. We grab George for a chat.

What are your links to the area?
I grew up in Tufnell Park on Corinne Road. There’s something special about the neighbourhood; it’s been interesting to see it change for the good and bad. It’s difficult to explain love for a place because it’s so personal. Every time I tour – I can be anywhere in the world – coming back here just feels like home.

How has the locality shaped your music?
A lot of the things you’ll hear on the album are field recordings from Kentish Town. Even though the listener wouldn’t know, for me it’s a really private touch. I like the idea of those little soundbites, whether it’s the clink of glasses in Mario’s Cafe or kids knocking a football about at Talacre. They’re silly really, but in the bigger picture it’s nice for me. Even if I move, all of my past work is in a time machine that I can play back.

How did things kick off?
I used to be part of the Youth Jazz Band organised by Camden Music Service, a major turning point. I had a gig at the Jazz Cafe with them when I was sixteen, then we did the Royal Albert Hall. People five years older than me went on to perform with acts like Rudimental, Amy Winehouse and Kano. Seeing that as a young kid made it all feel possible and achievable; that was my start.

What’s the deal with the LP?
It’s a collection of tunes I’ve written over the last few years in my home studio. I went through various stages of not liking some of it, wondering whether I’d ever finish it. And then eventually I picked ten that represented something – a diary basically. One of the tracks is called Kite Hill; it started life on top of Parliament Hill. There was a guy messing around with a portable sound system: I recorded that then put it on loop and started placing chords over it. Many of the samples came from charity shops on Kentish Town Road. I’d spend a tenner on old vinyl, go through taking snippets, gather them all together and see what I could do. It’s creative, not just stealing ideas.

Where have you enjoyed playing the most?
In terms of travelling, India and China – culturally they’re so vibrant and inspiring. For performing live, The Forum a few years ago with Submotion Orchestra. I’d walked past that venue every day since I could remember. To be on stage there was massive and a marker of things going well. I took my mum along, it was a lovely full circle.

And where do you like to listen to acts?
The Jazz Cafe has incredible bookings at the moment; I saw Dego there a few months ago. For what I’m into it’s the centrepiece of things.

Who do you look up to?
Wiley: he’s pretty far removed from what I’m doing, but I like the way he’s stayed true to his ethos, stood the test of time. Locally, there’s Mr Hudson: someone who had already gone through the ranks doing big things – from Kentish Town to the world. There are things I want to achieve: I’m just getting to the next stage.

1. My top spot especially in summer is Dartmouth Park Reservoir: the view over the whole of London is like Primrose Hill and Hampstead Heath, but one that not many people have figured out.

2. The Pineapple – probably my favourite pub in the world.

3. Mario’s Cafe on Kelly Street – one of the places in the film. Those coloured roads have always been a symbol of home.

4. I spent a lot of my younger teenage years in Cantelowes Skate Park. It’s completely different now, but back then it was very ramshackle with graffiti everywhere.

5. Boston Arms – my mates and I used to go there every weekend and all had our eighteenth birthdays there.

Catching Flies’ new single Satisfied is out now. The release is accompanied by the locally-shot A Short Film About Catching Flies (above). More info here.