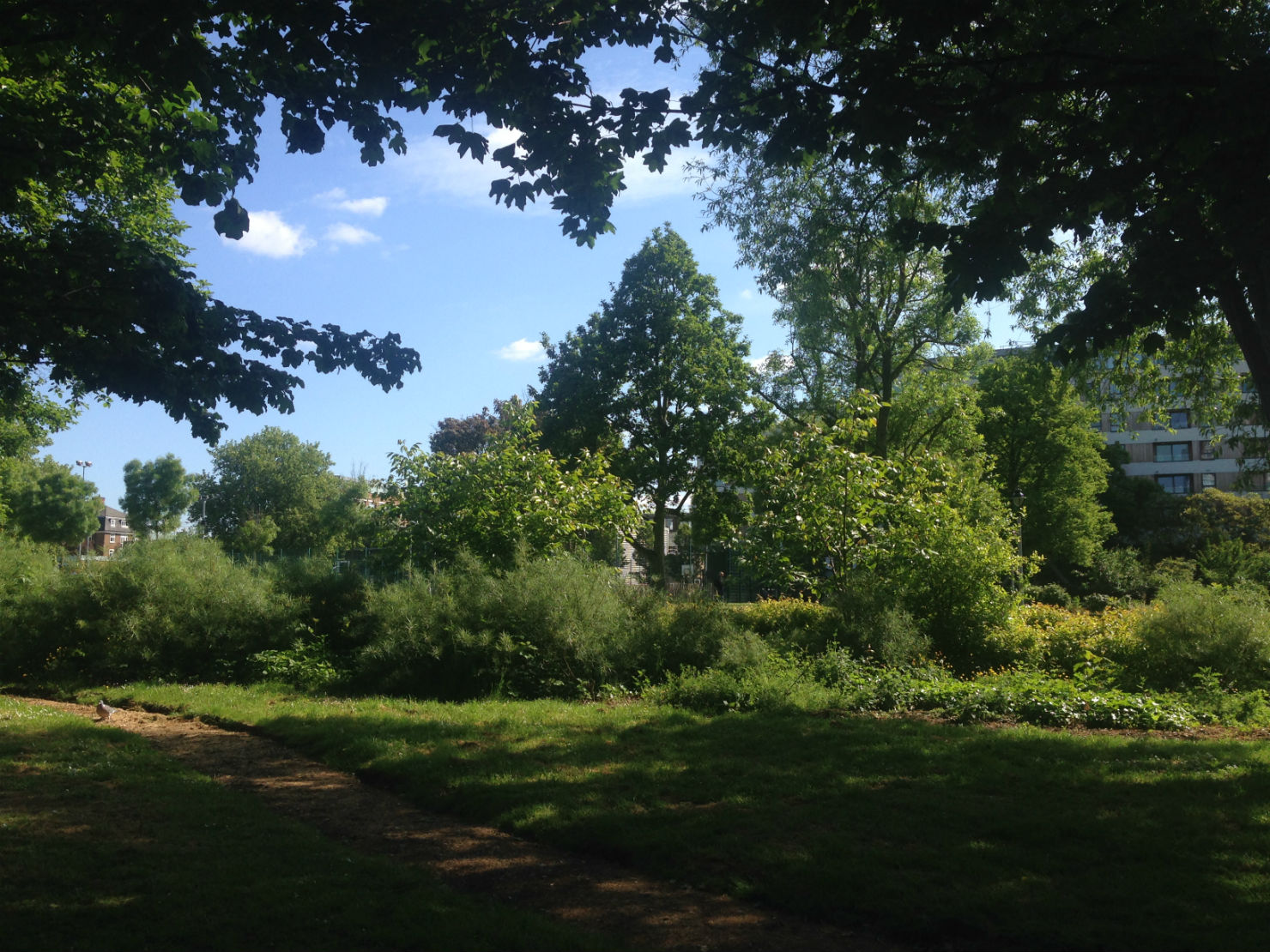 Kentish Town’s biggest park is looking pretty smart these days, isn’t it? Especially since the western perimeter was expanded onto previously unused ground on Talacre Road. The result is that more trees and paths are included in the gardens, its effect surprisingly bucolic.

But what of its history? Originally known as Claremount Cricket Ground, by the 1860s it was covered with tight streets of working class housing. There was bomb damage in WWII to the area now known as the Quiet Garden, however, historian Gillian Tindall has repeatedly pointed out that the whole area was never actually a “bomb site”.

Instead, the “slum” housing was slowly, methodically cleared in the 1960s. We can but speculate how much these condemned properties would be on the market for today, but the spirit of post-war progress saw them all off, leaving the dusty wasteland that became the focus of Ed Berman’s pioneering youth project work in the 70s.

The battle to keep the space from redevelopment has raged ever since, defeating a 1973 plan to build a 195 ft tower block where the playground currently lies, and culminating in the successful campaign to protect Talacre for future generations by its 2006 award of status as London’s very first Town Green.

1974: Before the western side is demolished

1979: Prince Charles on a skateboard