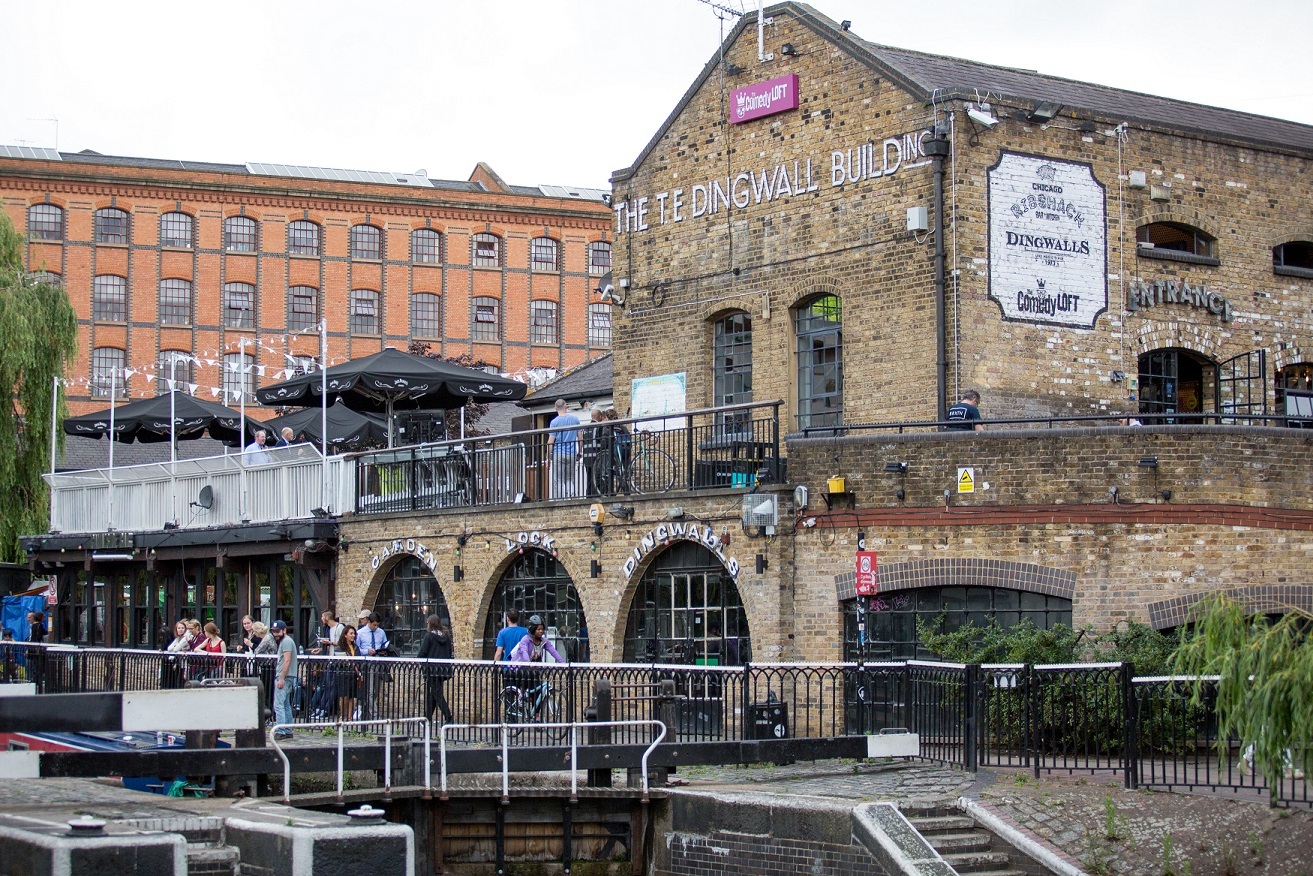 Power confirms that due to copyright problems with the name Dingwall’s, the name will no longer be able to be used.

That’s a shame as in the 1970s and 80s Dingwall’s was about as hip as Camden got. The 500-capacity spot opened as Dingwall’s Dance Hall in 1973 and hosted gigs from the likes of The Clash and The Sex Pistols.

In the 1990s it became known for the jazz dance club Talkin Loud and Saying Something, run by Gilles Peterson and Patrick Forge. And then in the noughties and beyond it played host to bands and artists from Noel Gallagher and Coldplay to Ellie Goulding and George Ezra.

And as for the quirky name? Why, the original owner of the building, T.E. Dingwall, had his name painted on to the outside wall of the building (see the main image, above) a typical practice by businesses during the Victorian era. The paint is still visible to this day, and was in fact given a fresh coat a few years back.

And why The PowerHaus? “It used to be the name of one of my venues in Islington which ran from 1989 until 1995”, says Power. And some of us may even be old enough to remember a gig or three there.

You can’t argue with the pedigree, either. “We had artists such as Radiohead in 1992, Stone Roses in 1989, Dinosaur Junior, Primal Scream, Blur, Cranberries, Pulp and Flaming Lips.

“I hope to continue in this tradition and have artists of this calibre at The PowerHaus Camden which has been refurbished and is nearly ready to open. It’s not all about the name but I’m sad the name Dingwall’s cannot be used as I have some great memories associated with it. But we are looking to the future and the future is bright. The PowerHaus will probably be the best venue in Camden.”

If you enjoyed reading this, perhaps you could help out? In October 2020, Kentishtowner will celebrate its 10th birthday. But with the sad demise of our free independent monthly print titles due to advertising revenues in freefall, we need your support more than ever to continue delivering cultural stories that celebrate our neighbourhood. Every contribution is invaluable in helping the costs of running the website and the time invested in the research and writing of the articles published. Support Kentishtowner here for less than the price of a coffee – and it only takes a minute. Thank you.