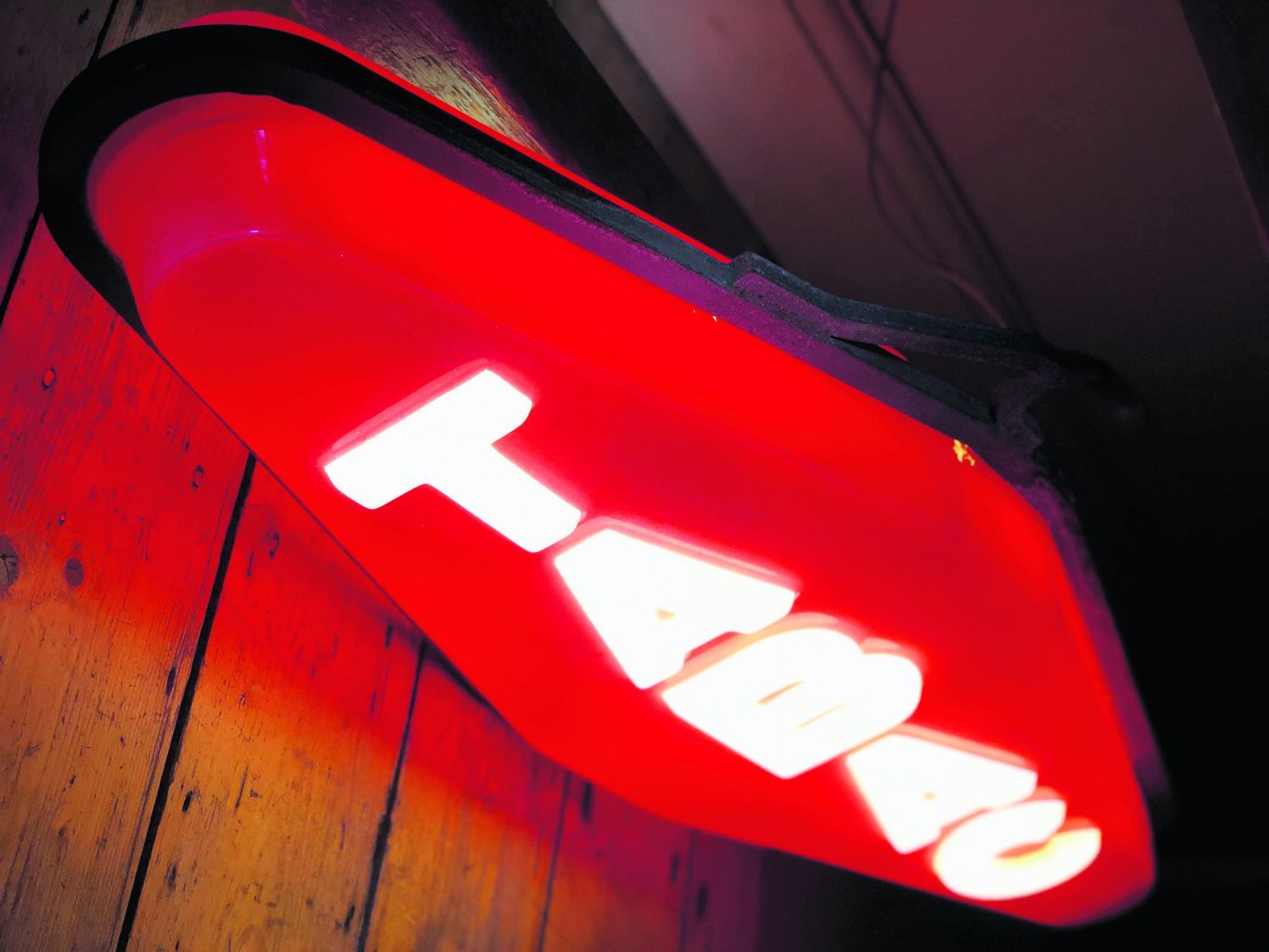 Tabac: the new bar from Patron is open

A quirky neighbourhood café-bar has opened on Fortess Road

atron cave à manger has, since its inception a few years ago, become something of a Kentish Town institution, with its small but tasty menu of Francophile classics, dim lighting and buzzy atmosphere.

However, its sibling wine bar – which opened a few doors down in 2016 – hasn’t been quite such a hit; and so owners Tanzi and Jean-Francois recently decided to close it down for a rethink.

“We loved it very much – but sadly it just didn’t quite work,” admits Tanzi. The shop has currently been undergoing a complete transformation before reopening as Tabac Bar. “It will have its own identity and the only link to Patron will be myself and Jean-Francois,” she says.

Fair enough. The name is, of course, taken from the small multi-tasking bars-cafes-newsagents found in even the tiniest towns all over France. “They’re real locals’ places well known for serving wine, aperitifs and spirits along with tobacco,” says Tanzi.

“Amazingly the site at 16 Fortess Road used to be a tobacconist, and of course we’re keeping the original sign. We’ll have our own reclaimed illuminated Tabac light outside highlighting the way.”

Interior-wise, you can expect an L-shaped copper topped bar, trimmed with retro floor tiles, bar stools, banquettes and booths in cognac leather. The simple – and, let’s face it, rather life-affirming – idea is a warm, inviting glow. “A place where we want everybody to know your name; to ignite and spark conversations,” she says, hopefully.

They are also making a real point of providing value-for-money – like the bar’s French counterparts. “We’ll be serving bistro wine from £3.50,” she says, instantly undercutting pretty much every other hostelry in the postcode. “Wine filled to the brim in typical bistro glasses,” she adds, with a grin.

“Food-wise there’ll be slabs of pâté and pickles from our bar snacks menu, alongside mixed cheese and charcuterie boards, olives, nuts and saucisson. You’ll still be able to enjoy some pricier wines by the glass, if you fancy splashing out a bit, from our enomatic wine machine. And, as it is a tabac, French cigarettes can be purchased.”

As at the sister flagship down the road, expect boutique cocktails, (soon-to-be local) beer on draft, and aperitifs such as the classic Ricard, too. “I do hope it will be a welcome addition to the Kentish Town neighbourhood,” she says, “a place to go to when you don’t quite fancy the cocktail bars, or the pubs – but something in the middle.”

And on the evidence of our impromptu visit last night – when we gulped back one too many of those bargainous house reds – we’re in.

Tabac will be open daily at 16 Fortess Road NW5 from mid-November. Follow @patronnw5 for more info.