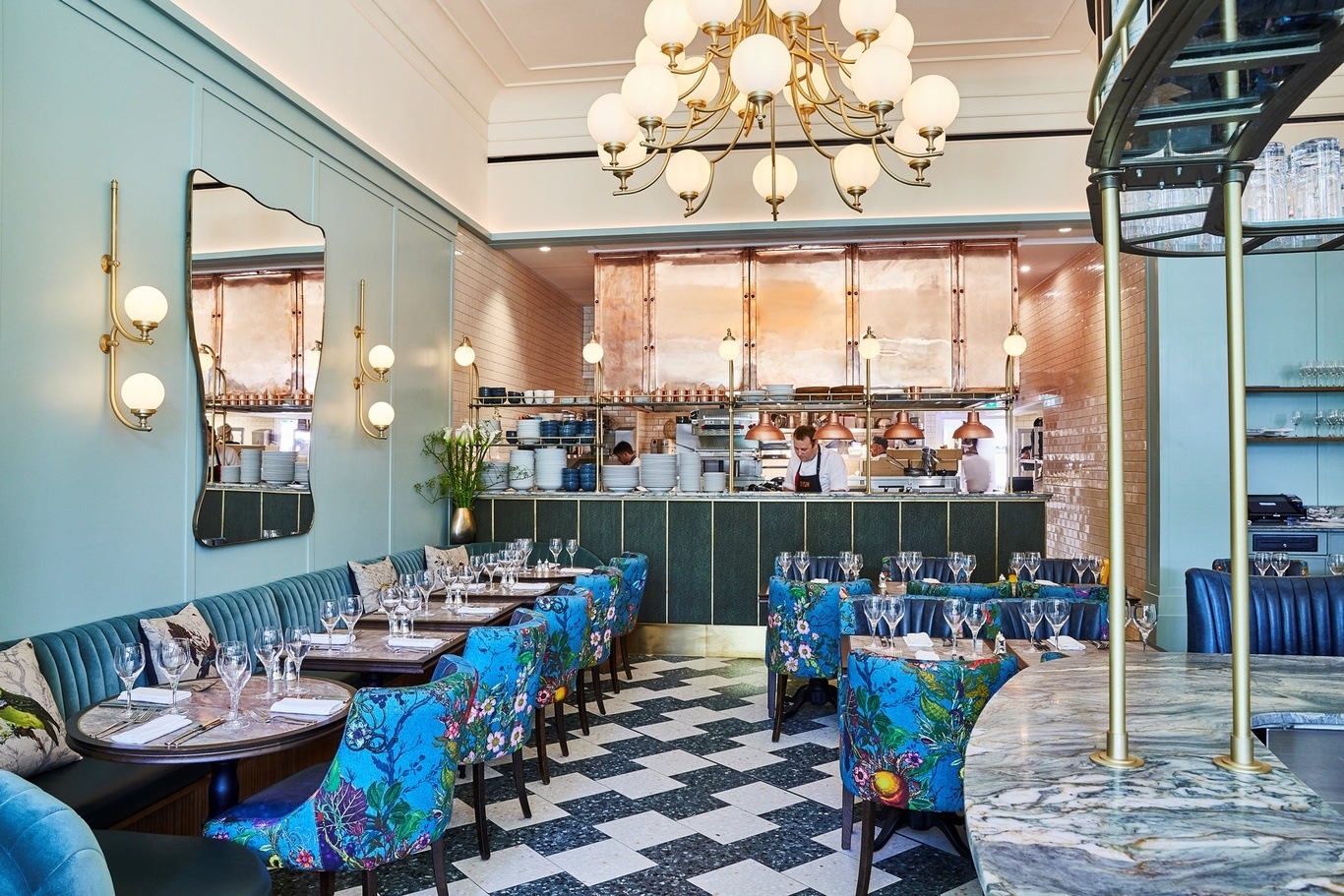 Age: One and a half. Months, that is.

Previous incarnation: Giraffe. I can hear the groans. Yep, Tish is a “grand café and contemporary kosher restaurant” that has entirely reinvented the site last home to the pedestrian family-friendly chain.

Where exactly is it? Nudging Belsize Park tube station, right next to old friend Pizza Express.

So what goes on there? An all-day menu of European cuisine, featuring what the blurb calls Jewish heritage family favourites. Tish is open for nearly 18 hours a day – count ’em – from 7am to 1230am (the latest license in the area, night owls): with a capacity of 160, its dining room, bar and capacious alfresco terrace are an ambitious destination for north London’s Jewish community. It’s playing it right, it seems, so far, observing Shabbat, the Jewish day of rest and celebration, with special prix-fixe Friday night dinners and Saturday lunches open to all.

Who’s behind it? Opening this restaurant has been (businessman) owner David S. Levin’s dream since childhood; he grew up cooking for family and mates and has, it says here, “been honing his restaurant vision for years”.

The interior: discuss. Posh: a little like an Ivy Brasserie, with a touch of the Wolesleys and any other upmarket West End all-day joint you may have patronised in the last decade. There’s a 15-foot high ceiling, mint green wood-panelled walls, and chequerboard terrazzo flooring. Four unmissably grand brass chandeliers grace the dining room; meanwhile the quartzite-top bar, where we sat on our first visit, was packed to the rafters in the week of Rosh Hashanah. There’s also an obligatory open kitchen showcasing the chefs under a giant copper canopy. And let’s not overlook the outdoor terrace complete with patterned seating, parasols and all manner of heaters.

So what should I eat? There are breakfast, brunch and daytime-only sandwich-based menus, as well as all-day à la carte, with mains of salmon fillet, steak and duck confit (around £19-£17). On a quiet Friday lunchtime we returned to share a few small plates: while there was nothing terribly wrong with any dish (as there shouldn’t be – head chef is John Ellison, ex-Bob Bob Ricard), sadly nothing stood out.

What was best? Hard to say. Meatballs were tender but needed some hefty seasoning, and a romesco sauce had none of the rich, roasted nutty flair of, say, Barrafina’s signature. Lentil and potato bourekas were exactly as you imagine – crispy pancakes with a too-hot filling, although the sauce had a thrilling herby kick. A toasted quinoa salad had no discernible spark either, despite the chewy goji berries, and blend of kale, radish and tahini (tiny too, for £7). And mackerel was pan-fried golden and crispy-skinned, but an accompanying new potato salad was barely lifted by parsley and a caper berry or two. And, while we’re at it, shouldn’t there be a prix fixe daytime set menu?

What do I drink? The usual beverages, but note: wine isn’t especially cheap, with a small glass of house white £6.50 and the cheapest bottle £25.

What’s the service like? The General Manager is Yuri Horpinchenko, formerly of Scott’s and J Sheekey (see what they’re doing here?) and his experience is evident in the team, who are polite and eager. Having said that, the woman on reception wore a startled expression as we greeted her both on the way in and out.

Don’t say: “Does anyone round here know how to use the dimmer switch?”