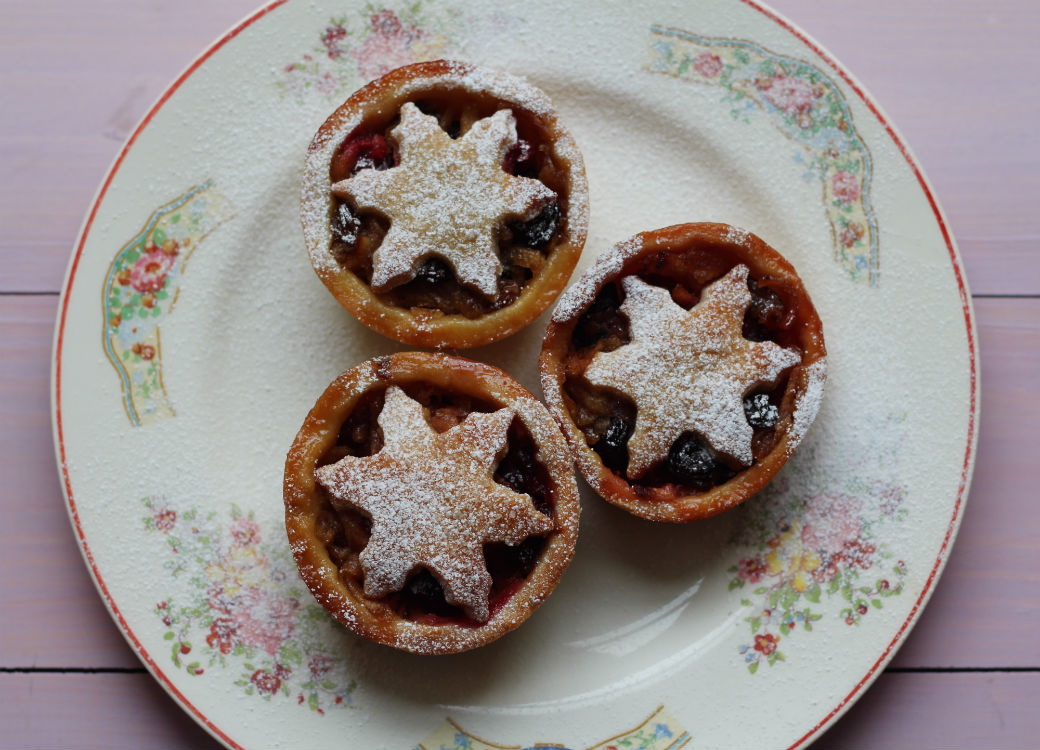 I don’t like mince pies. Frankly, if they’re so great, why do we only eat them once a year?

Yes, they’re steeped in tradition and for many, Christmas isn’t the same without one (or fifty). But alongside a seasonal cake and pudding, any mincemeat amalgamation is always on my no-go list. You can spice it up, bury it in ice cream, drown it in alcohol, wrap it in pastry – hell you can even set fire to it if you like – and yet it still looks like a graveyard for flies.

With the Christmas season firmly upon us, I’m forced to consider a teatime alternative. After all, tis-the-season and despite the staggering 370 million mince pies purchased in Britain last year, it turns out I’m not the only one looking for a substitute.

Turn the recipe clock back a few centuries, however, and the numbers might have stacked rather differently. It’s not hard to guess the origins of the snack: various meats were combined with spices and fruits, rising in popularity during the medieval period, until the introduction of cheap sugar saw them become sweeter in the 18th century. By the time Mrs Beeton’s classic Household Management was published in 1861, only one included meat.

Fast forward to the 21st century, and fellow raisin haters will be pleased to hear that an increasing number of alternative ranges are appearing on our shelves, from Hotel Chocolat’s Alternative Mince Pies, to Mr Kipling’s Seasonal Winter Warmers. Hallelujah!

Of course for the ultimate Christmas teatime treat, and a great way to get into the Christmas spirit, there’s only one way to do it properly – and that’s to have a go yourself. To get you started here are a couple of recipes, including a salted pear caramel number and fruitier take on the traditional mince pie. After all it is the season for eating. I mean, giving.

The following quantity is enough to make twelve pies with tops for each. You’ll need a twelve-hole muffin tin, extra flour for dusting plus some milk and Demerara sugar for brushing and sprinkling the pie tops.

• Put the flour and salt in a mixing bowl, add the cubed butter and with both hands, lightly push the butter and flour between your fingers and thumbs as though dealing a pack cards. Keep rubbing the flour and butter together until the pieces are the size of your little fingernail, then stir through the sugar.
• Add the egg and bring together with a spoon or ideally a plastic scraper – mixing till the dough starts to come together. Tip out onto a lightly floured work-surface, then press it between your fingers and thumbs before folding over and repeating until the dough resembles plastacine. Wrap in baking paper and chill for at least an hour.
• On a lightly dusted surface roll out the chilled pastry, turning each roll and flouring where necessary to prevent sticking, till 2-3mm thickness. With a round cutter, 2.5cm larger than the tin holes cut out 12 rounds and line each hole before pricking the pastry base with a fork. Chill again for at least 30 minutes.
• If blind baking, line the pies with silver foil, add rice for weight then blind bake for 15-20 minutes at 180’c till golden brown. Leave to cool.

• Prepare 12 pre-baked pastry cases.
• Add the sugar to a large saucepan and leave over a gentle heat until it has melted (don’t be tempted to stir) and the caramel has turned a deep golden brown.
• Then add the chopped pears. The caramel will seize and harden but keep stirring and it will return to a liquid state. Keep cooking the mixture for another ten minutes until the pears are soft and mushy.
• Remove from the heat, add 80g of the double cream and the a pinch of salt and then blitz with a hand blender or until smooth, taking care as the mixture will still be hot.
• Transfer the finished caramel to a bowl and leave to cool at room temperature, storing in the fridge if you’re not using it till later.
• Meanwhile heat the remaining 180g of double cream in a saucepan till just about to boil then pour over the chocolate and beat until you reach a smooth ganache.
• To assemble, spoon about 1 large teaspoon of pear caramel into the 12 pre-baked pie cases then pour over the ganache to the top and smooth with a moistened palette knife.
• Sprinkle the toasted hazelnuts on top then chill the pies till needed. Serve at room temperature for a runny caramel or from the fridge if you prefer it more set.

• Peel and grate the apples then combine with the rest of the ingredients in a large bowl, mix well, cover and leave to soak in the fridge for a few hours.
• Prepare 12 pastry cases (no need to pre-bake) and cut out a further 12 pastry stars to fit to the edges of the top.
• Roll out the marzipan to about 5mm thick and cut discs to fit the bottom of each pastry case.
• Fill each with mince meat mix then top with a star, brush with milk, sprinkle with Demerara sugar then bake at 190C for about 20-25 minutes or until the pastry is golden brown.
• If you’re looking to make them ahead skip the milk and sugar, wrap and freeze batches pre-baking in their trays, once frozen they can be transferred to a container for up to 3 months. When ready to cook, pop them back in the bun tray and add the milk / sugar topping then cook from frozen at 200C for about 25 minutes.

If you enjoyed reading this, perhaps you could help out? In November 2020 – that’s right, now! – Kentishtowner is celebrating its 10th birthday. But with the sad demise of our free independent monthly print titles due to advertising revenues in freefall, we need your support more than ever to continue delivering cultural stories that celebrate our neighbourhood. Every contribution is invaluable in helping the costs of running the website and the time invested in the research and writing of the articles published. Support Kentishtowner here for less than the price of a coffee – and it only takes a minute. Thank you.