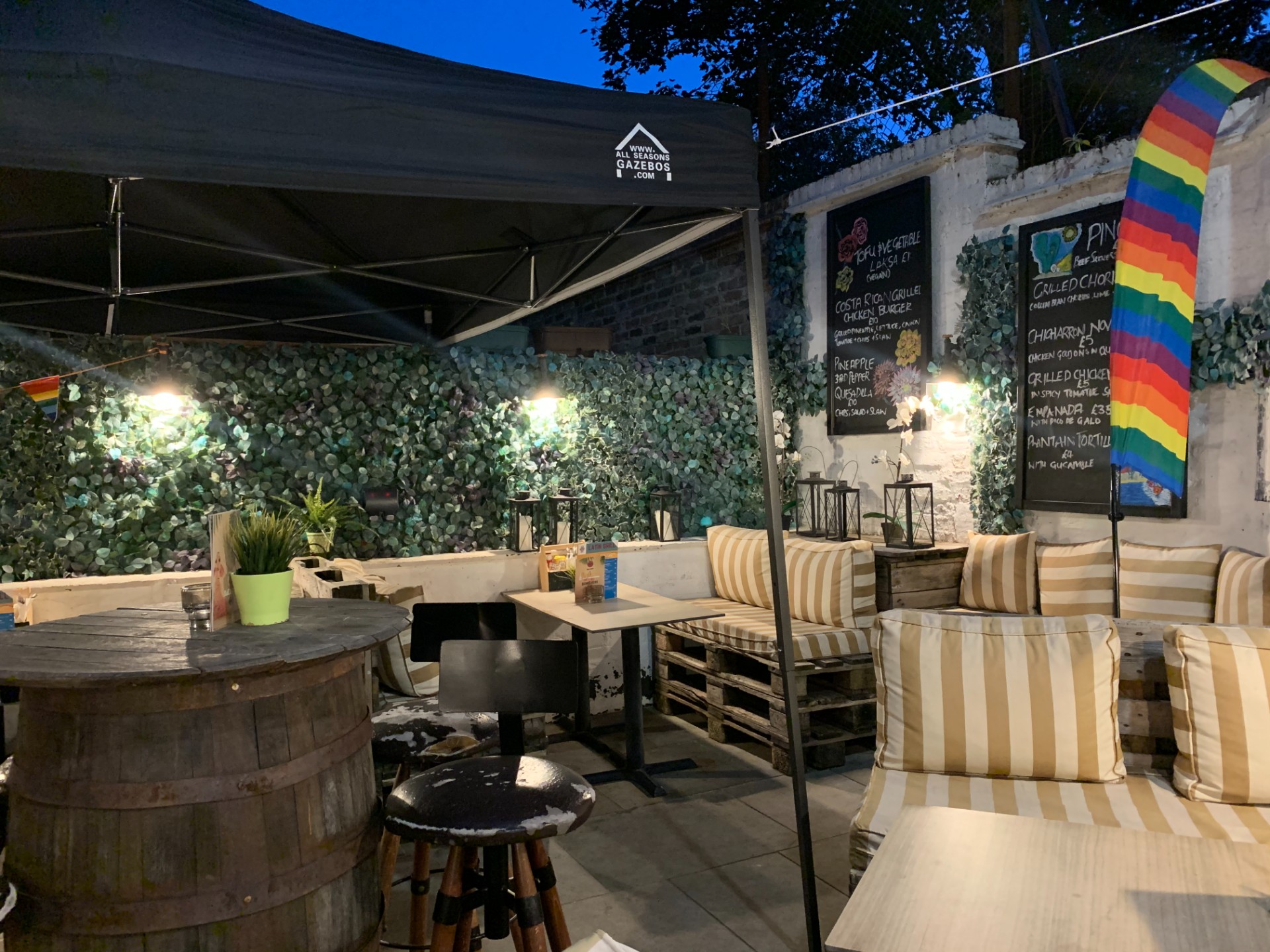 Against the ongoing closure of Camden's legendary Black Cap, a new bar has quietly opened between Tufnell Park and Archway

So this was a surprise. It was a warm evening (remember them?) and there we were strolling along Junction Road, after dinner at East West in Tufnell Park, when we spotted a rainbow flag outside the old Hideaway Bar.

For a while it had become the prosaically-named Northern Soul – which we only visited once, with a somewhat uninspired interior – and so hadn’t returned.

But the flag tempted us back in. The barman told us it was now an LGBTQ bar – a “new concept”, he said, under the same owners (the interior, we should add, remains unchanged).

We’re not sure about the use of the word ‘concept’ in this instance, but gave them the benefit of the doubt and took our pints outside – only to discover that the secret back garden was a delightful oasis.

Channelling Mediterranean – or even Mykonos-style – vibes, there are comfy booths with stripy seating, barrels, high stools and LGBTQ+ flags; you’d never believe you were on grubby old Junction Road. A shame, in fact, that it was so quiet. But it was a Tuesday night, after all.

So what’s the story? Zodiac Bar apparently started as a one-off LGBTQ+ night in July after lockdown, but due to it being a huge success, took over the venue in August, running from Wednesday to Saturday, 5pm until 2am (now, of course, just 10pm).

The brainchild of transwoman Jade (aka Lady Phoenix) and her partner, the idea is a welcoming and inclusive space, where all members of the LGBTQ+ community can come to “relax and socialise”, she says.

In the light of the ongoing stalemate over the Black Cap and its legacy, and the recent absolute dearth of LGBTQ+ bars, venues and spaces across the capital, this is definitely one to support.

In November 2020, Kentishtowner will celebrate its 10th birthday. But with the sad demise of our free independent monthly print titles due to advertising revenues in freefall, we need your support more than ever to continue delivering cultural stories that celebrate our neighbourhood. Every contribution is invaluable in helping the costs of running the website and the time invested in the research and writing of the articles published. Support Kentishtowner here for less than the price of a coffee – and it only takes a minute. Thank you.