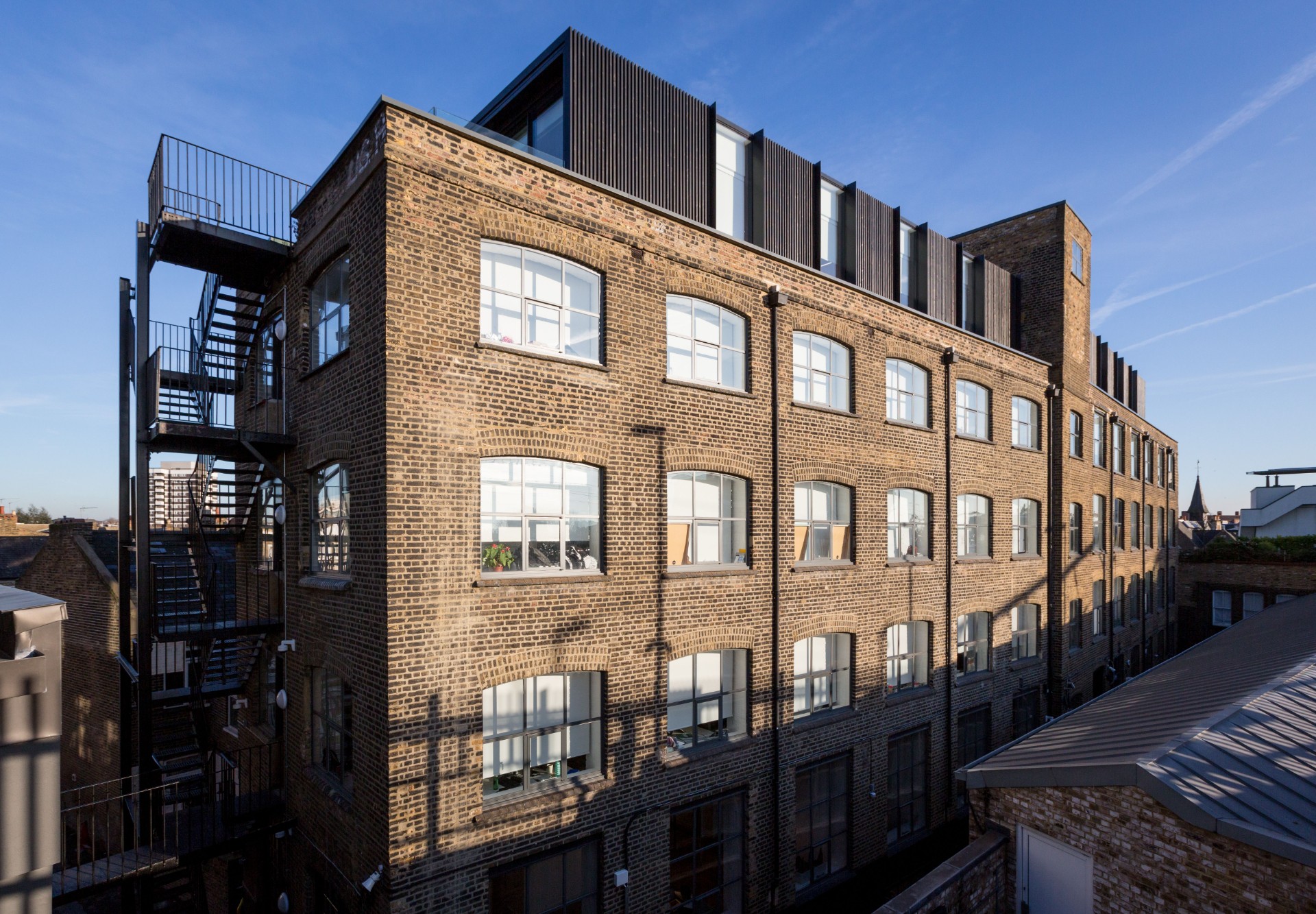 An industrial-chic former piano factory, comprehensively refurbished in 2016, is available from January 2021

Chances are, if you’ve walked down Ryland Road, you’ll have passed a well-known cobbled Kentish Town backwater without realising it.

Named after Richard Perren, a notable Camden Town builder, this narrow Victorian thoroughfare is Perren Street, a hive of industry since the 1880s.

From January 2021, the street’s dominant building, the five-storey Piano Factory – formerly the Imperial Works – will be available again to rent, suitable for one tenant, or more.

But first, some history. Rewind a century-and-a-half and Imperial Works, together with the bigger adjoining factory, were owned by renowned piano makers the Brinsmeads, who moved into their Grafton Works factory in 1870. Such was their clout that by 1904 they were manufacturing a whopping three thousand pianos a year.

In 1919, they sold it to the Imperial Piano and Organ Company, originally established in Hackney, which stayed put in this corner of Kentish Town right up to 1965.

In the latter half of the 20th century, the Factory housed everyone from companies making surgical instruments and bicycles to electric lamps and fibre insulation.

There are still traces of decades of industry as you enter through the gate: pause first to take a look at the characterful trackway running north behind the factory, rather Gothic in feel.

Steel tracks are laid deep into the cobbles with a distinct turning circle (above): as local writer Andrew Whitehead explains here, pianos and organs would have been lowered onto trolleys and rolled along to the northern end, where another alley joins the aforementioned Ryland Road.

Fast forward to the millennium and the building has enjoyed a new lease of life. From 2004, it was home to internationally respected sportswear and lifestyle brand Rapha, specialists for bicycle racing, clothing and accessories, for a decade.

After that, the Piano Factory, which comprises around 18,000 sq ft, was comprehensively refurbished in 2016 to an industrial-chic finish, with exposed brickwork and air conditioning, statement wooden ceiling joists, a new lift and a feature staircase that designed to look like piano strings running from top to bottom.

Since then it’s been the powerhouse of digital marketing tech firm MVF, their business growing significantly since: in fact, they couldn’t find a building big enough to keep them in the area and so, at the end of this year, are moving on.

Inside the building itself, vast leaded windows, broad wooden floors and double-height ceilings add to the feeling of space, making social distancing effortless.

And a roof terrace (above) offers panoramic views over Kentish Town, buzzy Camden Town and even the bucolic fringes of Parliament Hill and Hampstead Heath. Overground station Kentish Town West is seconds away, too.

Back down on Perren street, in Block B opposite, you’re in highly civilised company: there’s the longterm world HQ of luxury British footwear brand Oliver Sweeney, as well as, next door, influential talent agency John Noel Management, who work with TV presenters and performers, including Sabrina Grant and Dermot O’Leary.

All in all then, proof that there’s no such thing as a sleepy cobbled backwater in Kentish Town. This is a unique local building – with an unparalleled track record of global success.

This is Paid Content created with Kentishtowner. If you would like your business to reach thousands of north Londoners and Londoners generally please email: info@kentishtowner.co.uk