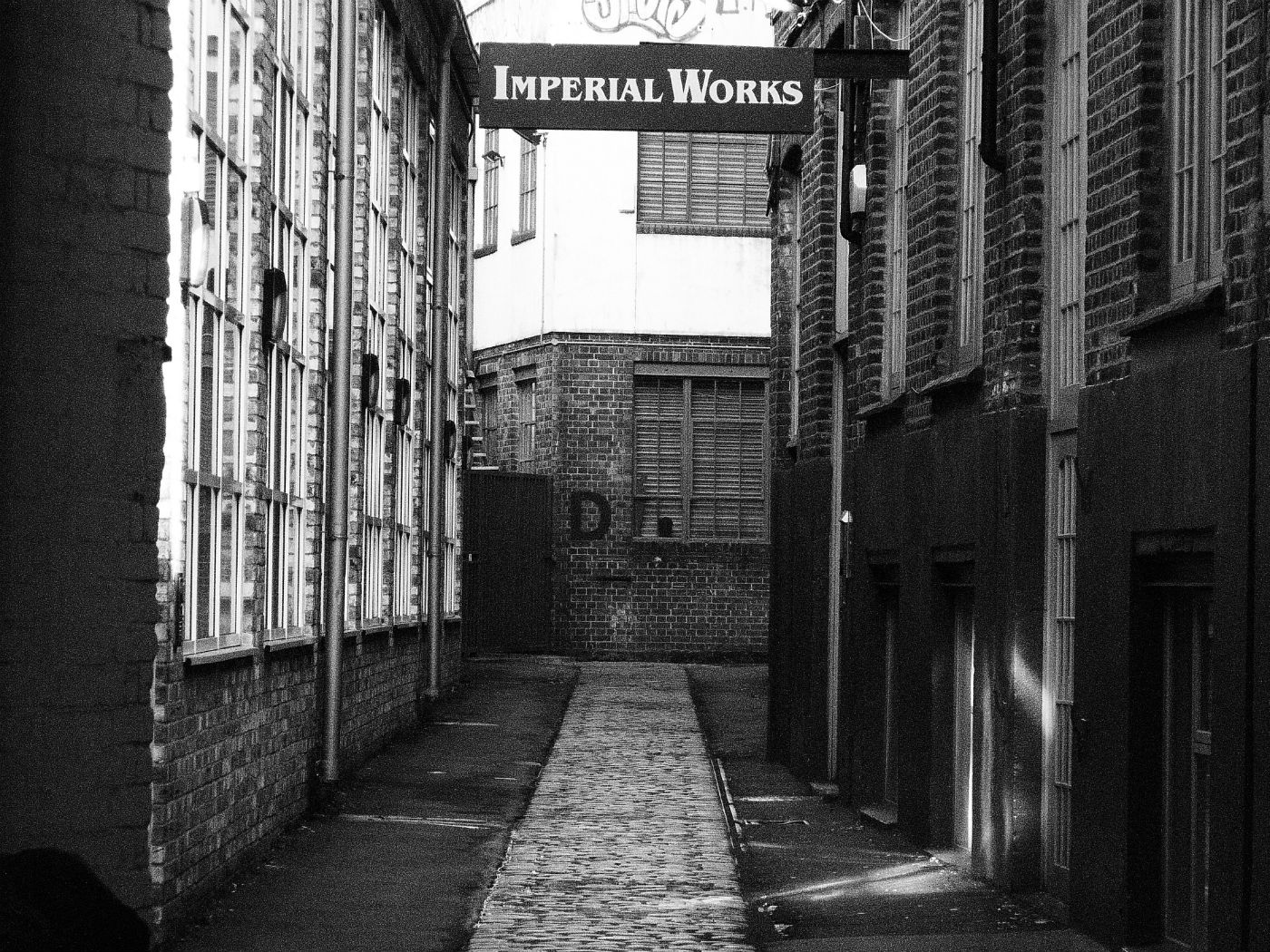 Did you know that between 1870 and 1914 Camden was the centre of the world’s manufacture of pianos?

On the tiny cul-de-sac of Perren Street, just off Prince of Wales Road, stands what was once an important part of the London piano and organ industry. Imperial Works was home to the Imperial Piano and Organ Company, exporting goods around the world.

The company was established in 1902 at Mare Street and Ellingford Road, but those Hackney premises were destroyed by fire in February 1919 and Imperial Piano moved to Kentish Town.

This is how Camden Council describes the building in its Conservation Area statement:

The ‘Imperial Works’, a former organ works in Perren Street, is an attractive late Victorian building, in Gothic style, occupying the north west corner of the street. The façade has three gables with a varied outline, although upper and lower windows are generally aligned. The brick walls are patterned with dark red brick in polychromatic style and the wooden sash single bays and tripartite windows are set under segmental heads with keystone feature, also in dark red brick.

Sadly, the dark red bricks have been painted over. Behind Imperial Works runs an alleyway, with steel tracks laid into the cobbles and complete with its own turning circle. Pianos and organs would have been lowered onto trolleys from the works above and rolled along to the northern end, where another alley joins Ryland Road. From there the goods could be transferred to carts or lorries for transport to their final destination.

Camden Town established itself as a major piano manufacturing centre in the nineteenth century, drawing industry away from Fitzrovia, because of the ease of transporting timber by canal, rail and road. It was said that every street in north London contained a piano works, and in many parts of Camden this was literally true. Between 1870 and 1914 Camden was the centre of the world’s manufacture of pianos which were sent around the globe. There were around one hundred in total. None now remain, although Heckscher & Company – which only in recent months moved out of 75 Bayham Street in Camden – has been supplying piano parts since 1883 and still does.

The most magnificent piano warehouse is to be seen at 12 Oval Road. It is the circular building constructed for Collard & Collard in 1852. This building replaced a similarly shaped one, which was destroyed by fire a year after it was built.

With fifty-two bays, it was built around a central open well, to allow pianos to be hoisted from floor to floor during manufacture. The lowest floor was used for drying, the next for upright pianos, the second floor for cleaning, the third for polishing the cases and those above for ‘belly’ manufacture and finishing off. Collard & Collard were the oldest of the piano manufacturing firms of the St Pancras area, having patented a form of upright ‘square’ piano in 1811. Today their former manufactory houses offices.

This is an extract from Curious Kentish Town (Five Leaves Publications, £9.95) by Martin Plaut and Andrew Whitehead. Read another one here. Buy it from Owl or other local bookshops.