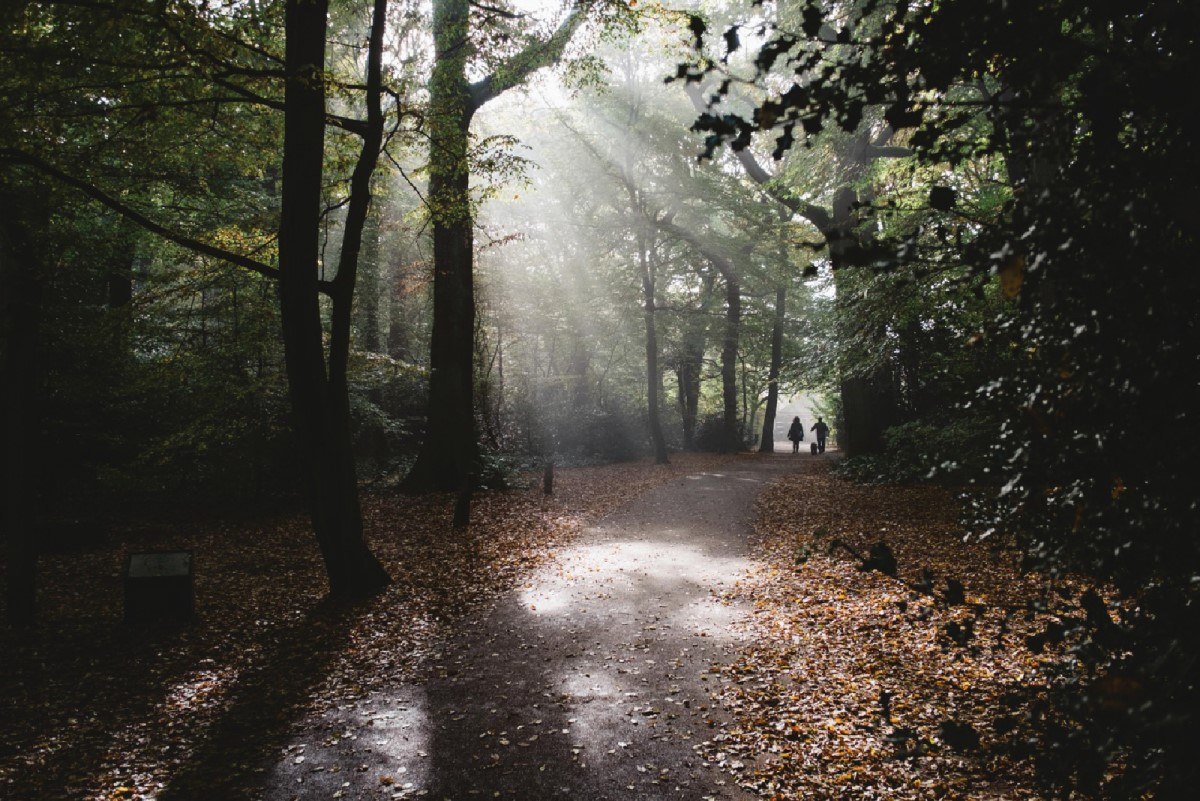 Why I love the Parkland Walk

Sometimes it all gets a bit much – especially now London is back at nearly full tilt. Fortunately for us locals, there are plenty of places to get away from all that – without ever leaving the M25.

Yet, rather than following the masses to Hampstead Heath or Primrose Hill, why not venture slightly off the beaten track and visit the Parkland Walk instead?

When I moved back to north London after a stint south of the river, I was pleased to discover an entrance to this hidden gem at the end of my road. Barely noticeable on Google Maps – it isn’t even marked as green – the Parkland walk offers all the ingredients of a country escape, as well as excellent views over the city, just moments away from the bustle of Finsbury Park station.

Originally constructed as a railway line from Finsbury Park to Edgware in the 1860s, the track gradually fell into disuse after the Second World War. When it was finally lifted in 1972, most of the platforms and buildings were destroyed – although a section of platform near Crouch End survives – and the Parkland Walk was opened a decade later.

At four-and-a-half miles, it’s London’s longest Local Nature Reserve, and home to a great variety of wildlife and flora. According to the Friends of Parkland Walk, over two hundred species of wild flower have been recorded.

If you’re lucky, you might even spot the muntjac, a rare species of deer, as well as the usual hedgehogs, foxes, butterflies and birds – though I’ve yet to see anything more exciting than a squirrel. And with plenty of brambles, late summer provides a bountiful crop of blackberries.

While the trail is actively maintained, interference is kept to a minimum and it feels like a slice of overgrown wilderness in the middle of the city, even if the noise of traffic never quite fades.

In a way, its appeal lies as much in the slightly grittier urban landmarks dotted along the path. Perhaps most striking is the giant green spriggan sculpture peeking out from an alcove near the disused Crouch End station.

A notoriously mischievous creature rumoured to steal children, the sculpture is apparently inspired Stephen King’s short story Crouch End and makes a slightly spooky neighbour for the nearby primary school.

The tunnels along the stretch between Finsbury Park and Crouch End are also a favourite destination for local graffiti artists and regularly feature new pieces – some impressive, some decidedly less so. For those keen on a bit of adventure, there’s a halfpipe along the trail and some bike jumps just off the path near Highgate Library.

The trail is not continuous: walking west from Finsbury Park, you eventually come upon the Highgate Tunnels, once part of the station and now closed to pedestrians.

To venture further, join the northern stretch at Cranley Gardens, near Muswell Hill Road; for a longer walk, you can follow the well-signposted Capital Ring through the local woodland. (A 78-mile circular route around the city, the Capital Ring passes through some of the city’s iconic green spaces as well as lesser known points of interest, including the Parkland Walk.)

In Highgate, the signs take you on a winding route through Queen’s Wood and Highgate Wood, with a lovely cafe and gorgeous displays of bluebells in spring, before leading you back to the Parkland Walk and eventually to Alexandra Palace.

Popular among runners, cyclists, families and dog walkers alike, the Parkland Walk is clearly an asset to the local community but it relies entirely on volunteers for its upkeep. There are plenty of ways to get involved (check out the Friends of Parkland Walk website for info): you can help with conservation, which includes tree trimming, planting and pond building among other therapeutic activities, or you can assist with the annual butterfly or bird survey.

Aspiring writers might prefer to take children on a storytelling stroll, inspired by the local wildlife, flowers – and the Parkland Walk’s resident goblin, of course.

If you enjoyed reading this, we need your help. In October 2020, Kentishtowner will celebrate its 10th birthday (unbelievable, right?). But with the sad demise of our free independent monthly print titles due to advertising revenues in freefall, we need your support more than ever to continue delivering cultural stories that celebrate our neighbourhood. Every contribution is invaluable in helping the costs of running the website and the time invested in the research and writing of the articles published. Support Kentishtowner here for less than the price of a coffee – and it only takes a minute. Thank you.