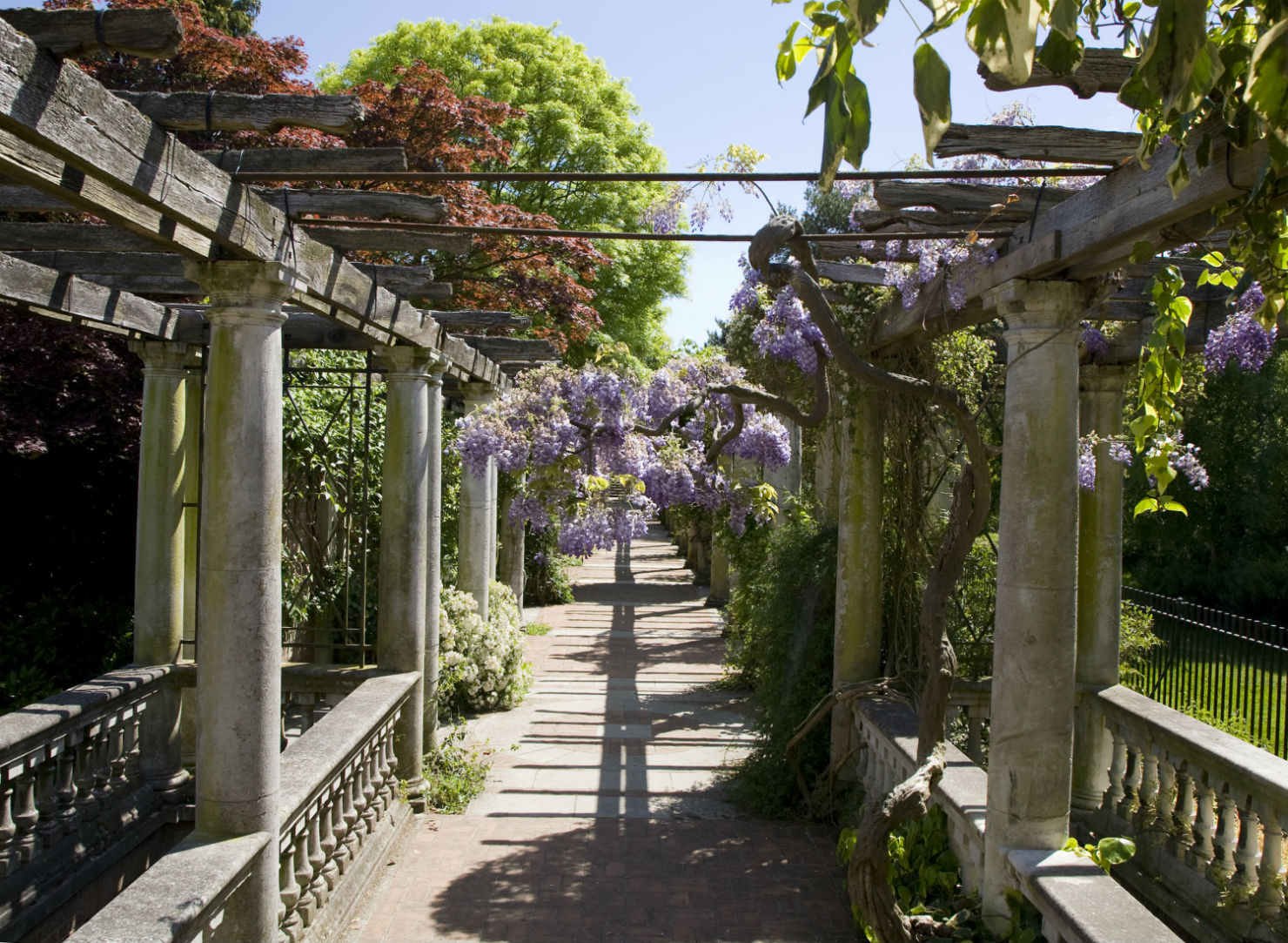 Anyone who’s lived in the wider neighbourhood for more than five minutes will have their own private shortlist of spots to escape to, whether for solace – or simply a lunchbreak sarnie.

Pre-Covid the usual suspects might top the list: Parliament Hill lido, or the Ponds (currently both closed) or else well-worn Regent’s Park, Primrose Hill and Kenwood (now open again), all offering their own take on micro-vacational bliss.

But our number one choice is the tranquil – Tuscan, even – calm of Hampstead’s Pergola and Hill Garden.

If you’re partial to lashings of faded grandeur with your beauty spots, it’s simply unbeatable up there, on the far western reaches of the Heath, just before it melts down into Golder’s Hill Park.

With its raised walkway, overgrown vines and exotic flowers, the Hampstead Pergola’s history goes back to 1904 when Lord Leverhulme, a wealthy philanthropist and lover of landscape gardening, purchased a large townhouse on the Heath as a setting for extravagant Edwardian garden parties. So far, so Downton.

After Leverhulme’s death, the pergola went into a slow decline, and it’s this that lends it such a haunting atmosphere (don’t miss the view at the far end). Of course, in this spate of warm weather – once it reopens next month, that is – we can’t guarantee 100% isolation, but catch it at sunset and its magic is utterly enchanting.

And if this distant corner of the Heath is new to you, while you’re up on its heady summit, stroll further west to the grassy expanse of Golder’s Hill Park, the former site of a large house bombed during World War II.

Meander past the quirky animal enclosures, which include donkeys, lemurs and maras, to the beautifully tended flower Water Garden, where there’s a duck pond with a small hump-back bridge, and a larger pond, home to both black and white swans.

Afterwards, climb back up to the pergola and ponder one last time its peeling majesty, before you’re sucked back downhill into the daily grind of rather less lofty #lockdown London.