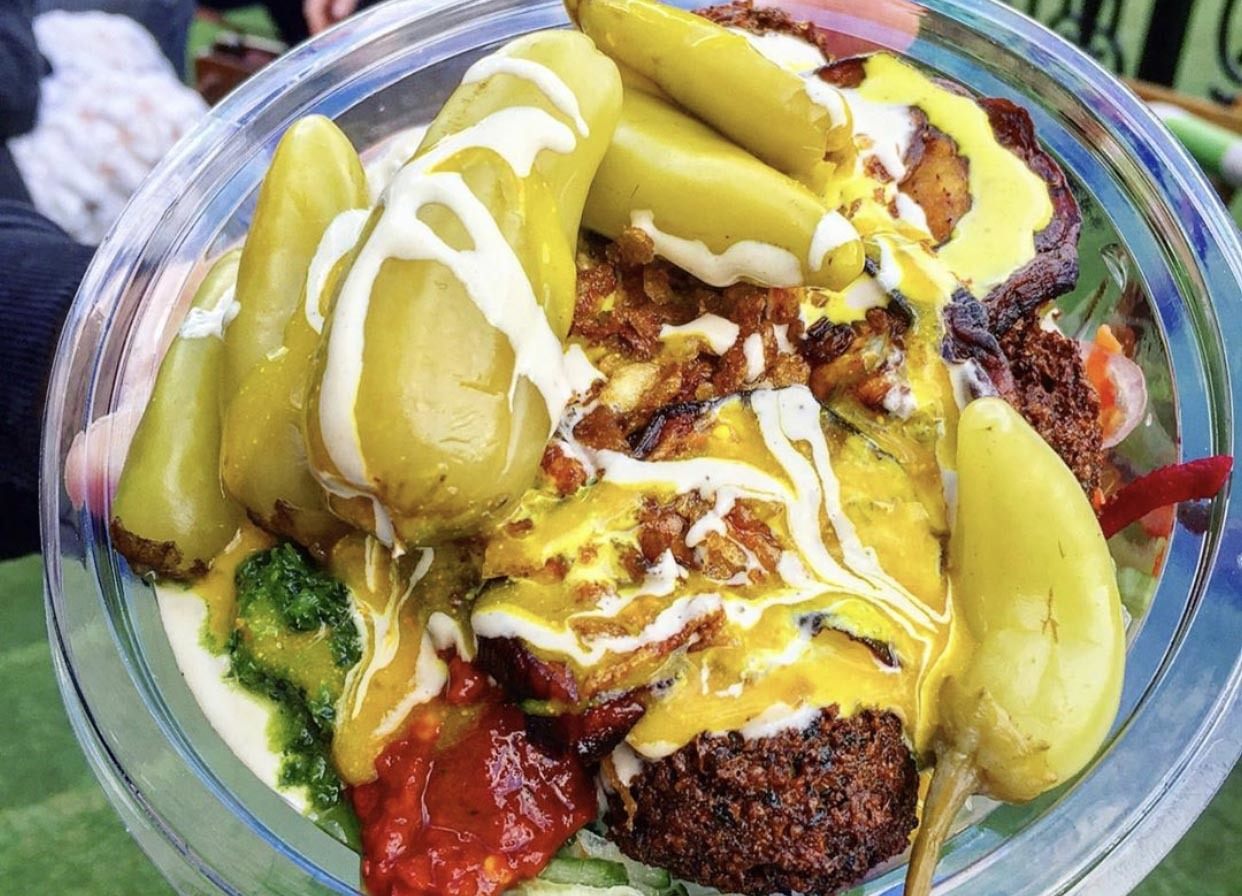 Five years ago, her husband Tom set up a simple stand offering falafel pittas in Camden Market. He put a lot of effort into developing a signature serving that would make his version of this Middle Eastern staple really stand out from the crowd, but even he has been taken by surprise at what has happened since.

Currently hovering just outside the Top 10 on travel website Tripadvisor’s massive chart of 19,000+ ‘Best Restaurants in London’, Magic Falafel generates wildly positive reviews from visitors drawn from all corners of the world to taste the famous pittas, boxes and plates.

Their social media game is equally strong, courtesy of those colourful salads that spill forth and make for tempting Insta shots, too.

“Falafels are everywhere now,” says Joanna, “from the readymade M&S ones to kebab shops, it’s really nothing new. But ours are different because you’ll always be eating them fresh. We serve then within moments of cooking, never letting them sit around and never using pre-made ingredients. How we put together the different fresh salads is important too. We want every bite to be full of all the flavours.”

As regular customers ourselves, we’ve always marveled at how each order is assembled individually – painstakingly – by the ever-cheery staff. When it all comes together, a medley of fresh veg, deeply creamy tahini and those crunchy falafels, the method becomes justified.

“We were also one of the first 100% vegan places in the Market, long before it got a reputation as a centre of vegan food,” says Joanna.

Since then, they have tinkered little with Tom’s original winning concept, only adding a couple of other vegan options to the three different serves of falafel, in the shape of some brownies and some equally fresh lemonade. Keeping it pure and simple also seems key to the reputation.

“We often see restaurants with pointlessly huge menus featuring all kinds of dishes,” says Joanna. “We prefer to do one or two things and focus all our love and attention on them. We have people from all over the world passing by here and everyone has a view on falafels, which are universal, so we want to make sure ours are really memorable.”

Even the name was a product of organic growth, people asking Tom for his ‘magic’ sauce that made their pitta lunches sing. We’re not sure if that’s the sweet mango one, the creamy tahini or the spicy chilli, since we always have the full works, but it does indeed taste like there’s some culinary alchemy being performed each time, so the emergence of that name is apt.

Word continues to spread locally, with the team having recently catered large events for the likes of MTV and Sweaty Betty, but it is back at the stall you get the true Magic Falafel experience. “We’re like a family,” says Joanna, “we work very hard as we’re open 7 days a week, but everyone is passionate, and our smiles bring the whole experience together.”

This is box title
Magic Falafel is open every day except Christmas at unit 312-313 Camden Market, NW1 8AH near the iconic railway bridge. More info here or order home delivery with Deliveroo here