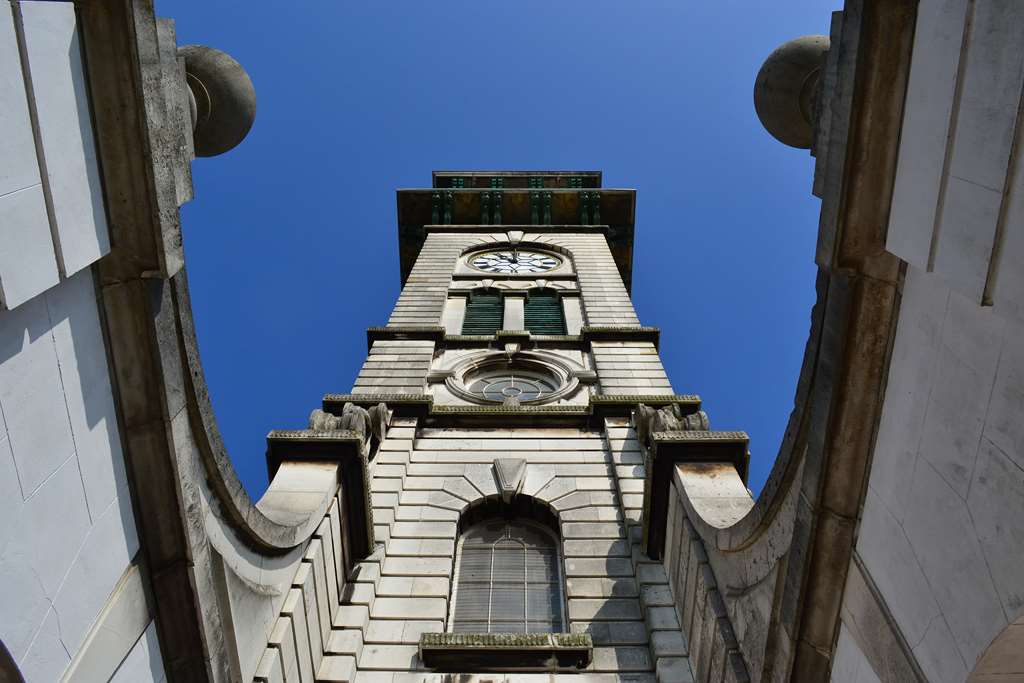 North London’s most underrated landmark has long been a decaying beauty in an area with almost no footfall other than locals – despite its proximity to King’s Cross, Camden and Kentish Town.

Why that is is the usual story of prosperity and then neglect. Built in 1855 by James Bunstone Bunnings, originally the 46 metre (151 ft) tall tower was the smart centrepiece of a new cattle market developed by the City of London Corporation to replace Smithfields as the capital’s livestock market.

It was chosen for its nearness to goods yards of the newly opened Great North Eastern Railway and North London Railway. Livestock could be transported to the depots before being driven up York Way .

On market days a noisy 15,000 animals could be traded; indeed, its fame was such that Charles Dickens Jr wrote, in Dickens’s Dictionary of London, 1879, that “the great cattle market of London lies up the Caledonian-road, King’s-cross.”

At each corner, rowdy market pubs provided accommodation and entertainment for folk visiting: The Lion, The Lamb, The White Horse and The Black Bull. Today, three of the four remain (as posh flats) and, with the clock tower, are listed structures. A fifth pub, The Butchers Arms, was located at the south-west corner of the market site at the junction of York Way and Brewery Road.

By 1963 the market had disappeared, and Caledonian Park was later structured in the 1970s and planted with woodland.

Fast forward another half century – and finally there’s some good news for the old tower. Yes, it’s been refurbished using £2million from the Heritage Lottery Fund, and is now open to the public on selected days.

So if you’re feeling strong-limbed and have a head for heights, climb up and drink in the view from the top, which is, of course, panoramic. There are steep steps and ladders, so it’s worth adding it’s not suitable for small children.

Meanwhile, down at ground level is a new heritage centre, with vintage photos and paintings of the area, memories of the Caledonian Market, and a view of the clock mechanism which is still wound by hand once a week.

In addition are shiny new park toilets and a café for a post-climb caffeine-fuelled pit stop. Let’s hope locals – and Londoners – embrace it as the historic attraction it always should have been.

This is box title
Caledonian Park, Market Road N7, entry is free, with the tower open on Tuesdays, Thursdays, with guided tours every Saturday but you are advised to book in advance here.