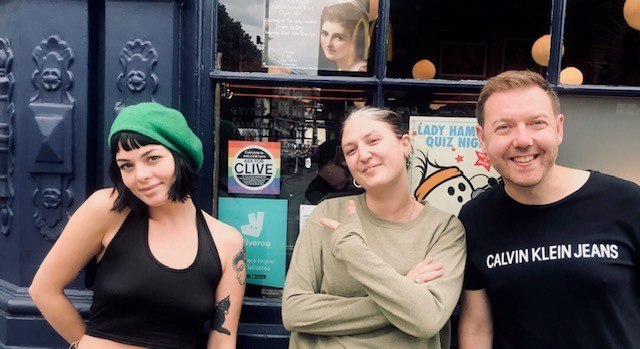 As you will undoubtedly know by now, June is Pride Month, and with London Pride taking place on Saturday 6th July (read more about that on Gasholder here), this is an opportunity for us to celebrate our inclusivity and recognise the challenges that are still out there.

Whether you live, work or socialise in the neighbourhood, I hope you’ll agree that it’s a special, vibrant and inclusive place. It represents everything a corner of London should be in 2019.

Sadly, outside our bubble of inclusivity, there is something that isn’t quite so rainbow-coloured as we would wish.

We know that there has been an increase in many types of hate crimes across the capital, whether it’s to do with a person’s gender, sexuality, race or colour: this ugly cloud looms over us all.

Only last month, the media and social networking channels were filled with the sickening images of the truly disgusting homophobic attack on two women, Chris and Melania.

This happened in nearby West Hampstead on the number 31 bus. Whilst nothing like this has happened to me, I’ve sat in many bars where I’ve been at the wrong end of “jokes” about my sexuality. Something that, at the age of 41, as an out and proud gay man, still intimidates me and takes me back to a place that I thought we had moved on from.

The ‘Ask for Clive’ campaign was set up to help address some of these very issues and tackle hate and prejudice against the LGBT+ community.

“It started as a local venture in February this year in St Albans following a rise in reports of abuse within the LGBT+ community in bars and clubs,” explains Danny, one of the founders.

It has grown into a nationally recognised feature, with many venues signing up across London. This campaign has recently been reported on by the BBC, with the aim of encouraging people in the LGBTQ+ community to ‘Ask for Clive’ at the bar if they are experiencing abuse, prompting staff to take action. 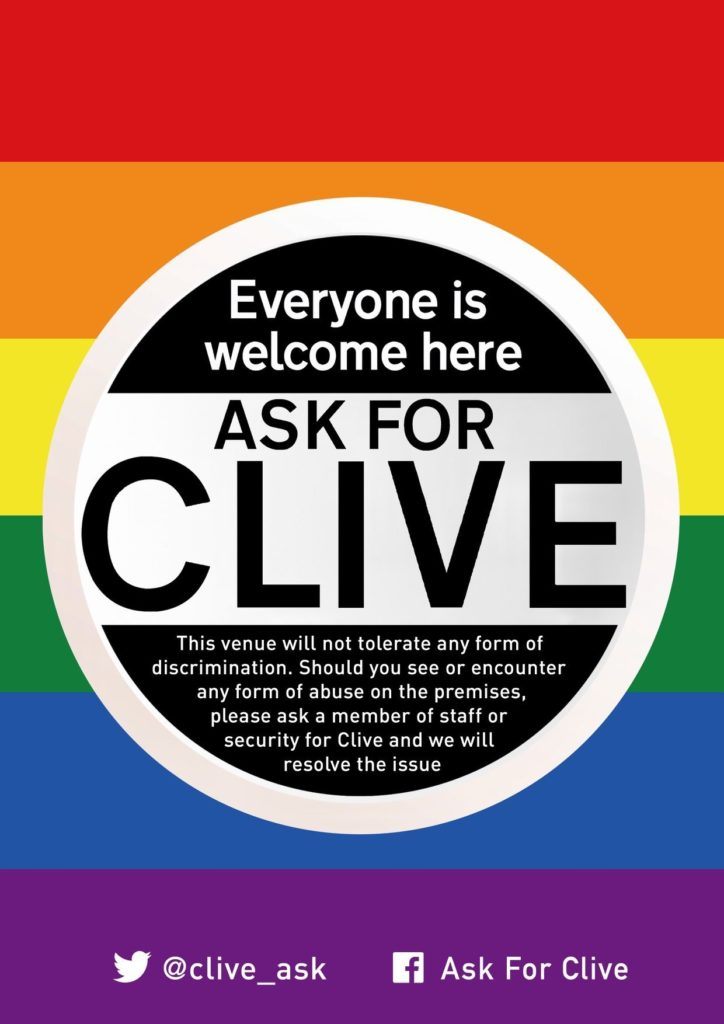 Venues that sign up are asked to display the sticker in a prominent place, with training available for bar and security staff to help them address such issues. The main aim of ‘Ask for Clive’ is to reinforce that bars, pubs and clubs are safe spaces for everyone, where abuse of any form will not be tolerated.

Without hesitation, many of our local watering holes have now signed up – including popular locals The Grafton and The Lock Tavern – proving that our community really is a wonderfully inclusive space for all.

Kentish Town Road newbie The Lady Hamilton was one of the first to get on board. “Our bar staff, as well as our customers, make up all sections of society, so we will do whatever we can to help fight any type of prejudice,” says manager Poppy. “Ask for Clive in my mind sums up our community spirit.”

I’m the bloke behind the @TufnellParkLive Twitter account, so I’m now trying to get as many local venues as possible to sign up to ‘Ask for Clive’. It’s not just about the LGBTQ+ community reporting abuse, it’s about making everyone realise that any type of display of hate is not acceptable and it will not be tolerated.

So why not pop into your own local and find out more about ‘Ask for Clive’? Or if you’re a venue and would like to become an ‘Ask for Clive’ supporter, get in touch below and I’ll be round with a sticker and more information.

In the meantime, Happy Pride.