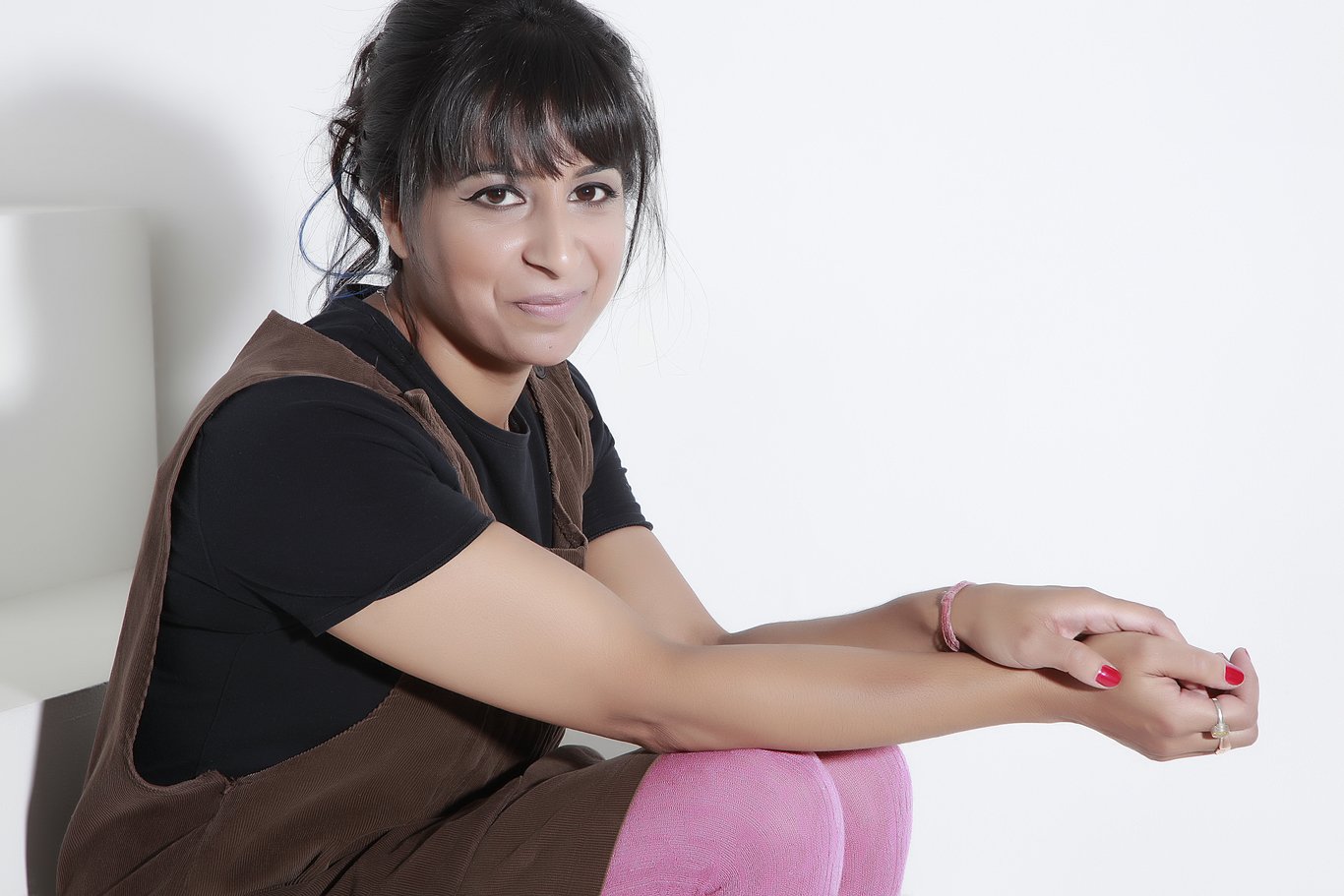 We salute Vinita Joshi, the woman behind a remarkable independent record label

Vinita’s been living in Kentish Town for thirteen years: her flat, for the most part, is serene, lined with fairy lights, scented candles and human-height pot-plants. There are however, areas indicative of the time and effort she has poured into single-handedly running one of the UK’s most resilient independent record labels from the last 20 years.

There is, for example, a huge stockroom, filled floor-to-ceiling with flexi-discs, LPs and CDs from the countless artists she’s worked with over the years. Genres span from electronic to ambient, post-rock to psychedelic, while artists include the likes of Füxa, God is an Astronaut, Mogwai, Coldharbourstores and Pieter Nooten.

Meanwhile, the staircase holds a pile of a hundred hardback, technicoloured books, copies of Rocket Girl 20, the new biography, which also contains a 16-track CD compilation of Vinita’s artists past and present, a collectable 7” and flexi disc, written by Faber author and long-time Rocket Girl support Richard Milward.

“Richard is basically a fan of the label,” says Vinita. “He was writing to me when he was 15 years old and ordering records.” They’ve kindled quite a friendship over the years, and as such, the book is a poetic and heartfelt reflection on Vinita’s career and character.

“A champion of the underdog, an underdog herself, a surrogate mother to unsung musicians, a relentless workerbee, a fan, a carer, a catalyst,” writes Richard, a sentiment easily confirmed after spending an hour in Vinita’s company.

She is filled with anecdotes, speaking fondly of her early-career contact with Richey Edwards – of Manic Street Preachers – how she (and friend Nick) got the band their first gig at the Bull & Gate: “I was so shy back then,” she says. “I’d only just moved to London from Rugby, a small town. They were all there wearing black, with their eyeliner on; we were too scared to introduce ourselves so we just left before the gig. He called the next day to thank us, but you have to laugh at how timid we were.”

She goes on to speak enthusiastically about the music industry’s rapid transformation throughout her career. “I remember if NME wanted to review a single, you’d have to send a bike with a photo of the artist, and now, all you do is email it,” she says, “it is just so different.”

She then turns the conversation to speaking of “ridiculously talented bands” who didn’t quite make it, wondering aloud if they would have if they’d been with a bigger label, before talking about how a friend – from the band PS I Love You – was shot brutally by the police in America a couple of years ago. “He was poorly, a person struggling with his mental health,” she says. “He was super talented, a human being, who’s got as much right to be here as any of us do.”

Vinita, in real life – as in her book – offers insights into the loves, losses, breakups, breakdowns, sexisms, legal wrangles and battles with the big boys that come hand-in-hand with working independently in the music industry.

Rocket Girl 20 is a treasure trove of rare tracks and unheard stories for devotees and a comprehensive introduction to the label for the uninitiated. It’s both an inspirational chronicle and cautionary tale for anybody interested in the history of British independent music in the past thirty years.

Spacemen 3 tribute album (rgirl2)
The first release on Rocket Girl. I was so excited to have all these great bands on one album. It was released as a double clear vinyl with silver glitter and the initial copies of the CD came in a box with an embossed silver logo. I was so proud of the whole package, the music, the artwork, the final product. It was a great start to the label and the music stands the test of time today.

A Place to Bury Strangers (rgirl55)
I was desperate to work with APTBS. Tagged ‘the loudest band in New York’ I chased the band and manager for weeks after I saw them play five times in one week. I was thrilled when they agreed to work with me. They are lovely people too; this self-titled debut album is still played constantly.

Pieter Nooten – Stem (rgirl115)
A sublime album. Pieter worked with the super-talented producer Stephen Tayler at his studio in Bath, and after hearing the music there, I knew it had to be on vinyl. Stephen re-edited the CD version especially for the vinyl. It’s a gorgeous instrumental album which matches the beauty of others I have loved over the years.

God is an Astronaut – Origins (rgirl98)
GIAA hail from Ireland and formed by twin brothers Torsten and Niels.
They are the hardest working band I know, touring and recording constantly. They are amazing live and the tracks from Origins live are a whole new experience.

Robin Guthrie – Carousel (rgirl60)
Robin needs no introduction, having formed the Cocteau Twins. I was a massive Cocteau Twins fan and extremely lucky to have been able to work with Robin for many years. Robin’s music sends me to a whole new place, and I never tire of his music (or his company).