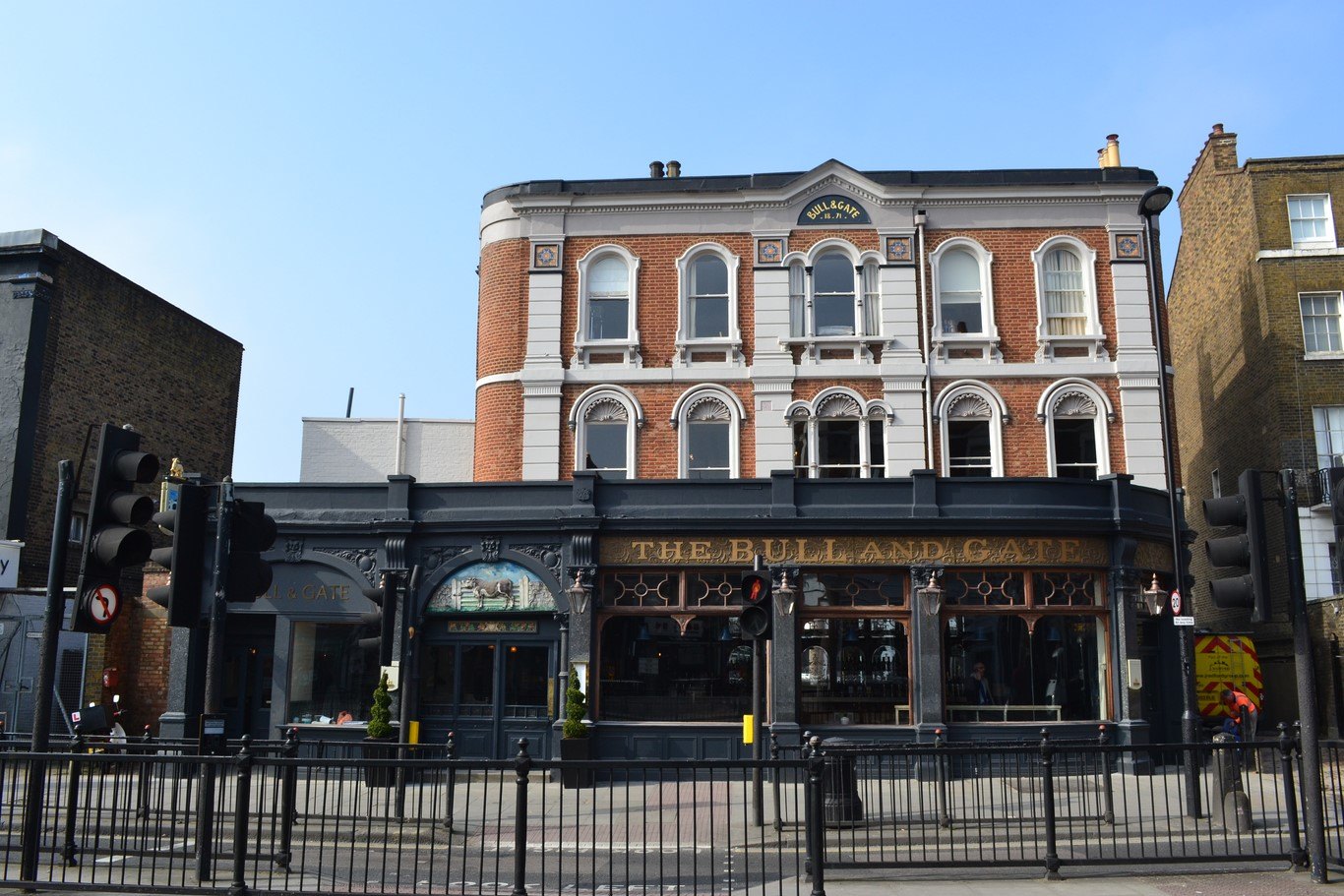 Golden Ears began life about five years ago after a stressful meeting with the landlord of the Bull & Gate in Kentish Town. I was a music promoter keen to restore the venue to its former glory. The place was on its knees, but it had massive potential and the best sound system in London.

The landlord saw himself in me, as he was back in the late 1970s when he had set up one of the first live music venues in London – and witnessed the rise and fall of punks, New Romantics, C86, Madchester, Grunge, Britpop and Indie.

But he had spent the intervening thirty years pulling pints and wanted out. He no longer had the energy or desire to run a music venue.  His dreams were for his cattle farm back in Ireland, or for going on a cruise. Peace and quiet. Not the thud, thud, thud of a bass drum coming through the floor of an early evening while he was trying to watch Embarrassing Bodies upstairs on TV.  We had looked into each other’s eyes, spaghetti-western style, and saw that we wanted different things.

And so on. Anyway, we tried our best to turn things around ,and just as the Bull & Gate was rediscovering its former glory, news broke that it was to be sold and turned into a gastropub. The bands would be replaced by triple-fried chips ’cos that’s what the people wanted. We tried to resist and asked Coldplay to come back and play on the roof in protest, but not only were there health-and-safety implications, the band were too busy – and in May 2013 we threw a week of sold-out shows called Play Your Respects to say goodbye to the place culminating in an Ed Harcourt singalong around the old piano. It felt an apt way to say goodbye.

It was not long after this that the idea for Golden Ears popped into my head. The music industry is a very serious business, full of conflict and dashed hopes and dreams, and it seemed quite fertile (futile?) ground for a comedy or a tragedy; a ready-made world full of colourful characters.

None more comedic or tragic than the Dad Manager. Or ‘Damager’ as he is sometimes known. After all, I was a dad myself, and I managed bands. Plus I’d been in a band.  It was something I knew all about.  And toilet venues were another thing I knew all about (the name given to small music venues – a sadly endangered species these days!) In fact at the Bull & Gate you literally had to go through the toilet to get to the back room where the bands played.

Before long I found myself doing voices of different characters into my iPhone whenever the mood took me – and slowly it became a secret addiction.  Anytime, anyplace, anywhere, I would pull out the phone and start recording: after a few drinks, cycling to work, in the toilet. Or after a tricky meeting with a live agent or furious tour manager. I even got arrested doing it while driving.  Hours and hours of it, and slowly the voices in my head became voices on my phone.

Then came the tricky process of piecing it all together into a thing – a situation where these characters could all live and breathe and interact and fight. Years passed with me getting nowhere, but slowly the jigsaw took shape and it was time to get in the studio.  By chance, an old friend Nainesh (guitarist in a band called Flotation Toy Warning) contacted me about his new studio in Forest Hill, fantastically named Snorkel Studios. He wanted to know if there were any bands that needed studio time. Little did he know what he was letting himself in for.

We met and after three pints at the French House in Soho, I booked a day at Snorkel Studios to record Episode 1. The fact the studio was in Forest Hill, a few streets from where I grew up, made it all feel a bit special; like I was going back to my roots.  In truth, travelling in secret down to the studio on that first morning felt a bit confusing and adulterous. I couldn’t quite work out why I was doing it. I was too old, and what was I going to do with more recordings anyway? By the return journey, ten hours later, I was on cloud nine. Another studio session followed, and then another. And well, one thing led to another.

And so here we are. Golden Ears is what I’d call a comedy drama set in the grassroots of the music industry. It’s serialized as a monthly podcast and includes songs and animation along the way. The narrative follows the ups and downs of dad-manager Neil Sparks, a 49-year-old travel agent who decides to manage his unemployable son Dorian’s band.

Initially, I wanted it to be a clever satire on the music industry, shining a light on the hopes and fears that get stoked up when people might get what they think they want, and how this can bring out the good and mainly bad in people. The plan was to delve into the nature of art, fame and success, and unravel the human condition in a funny, compelling and believable way (cue Star Trek music) to boldly work out who we are as human beings and why we’re here.  The nature of existence and the meaning of life. Those old chestnuts. But as I embarked on it, I realised that actually, it was more about how some food is funny. Like sausage rolls. Or ‘Sausage Rock ‘n’ Rolls’.

I’m still not exactly sure why I have done this. Obviously sneaking down to a recording studio to do silly voices into a microphone in my mid-forties is clearly some kind of mid-life crisis. It also doubles up as therapy and fulfils some needy desire to express myself.  Plus  I can’t deny a smidgeon of a quest for immortality too.

But whatever the reason it has been fun – and Snorkel Studio became a refuge where I could get it all out of my system. The guitar riff is from the song For the Dead, by 90s legends Gene. I love the slightly melancholic lilting melody and it seemed to fit.

Meanwhile the music of Cherry Ghost accompanied me, almost religiously, on the overland train from Highbury Corner to Forest Hill, while I scribbled final notes before donning the headphones a la Toast Of London for a hard day’s graft ‘doing voices’ with Nainesh at the helm, a bit like Clem Fandango.

Enjoyed that? Read a personal history of the Bull & Gate here. Find out more: goldenearspodcast.com