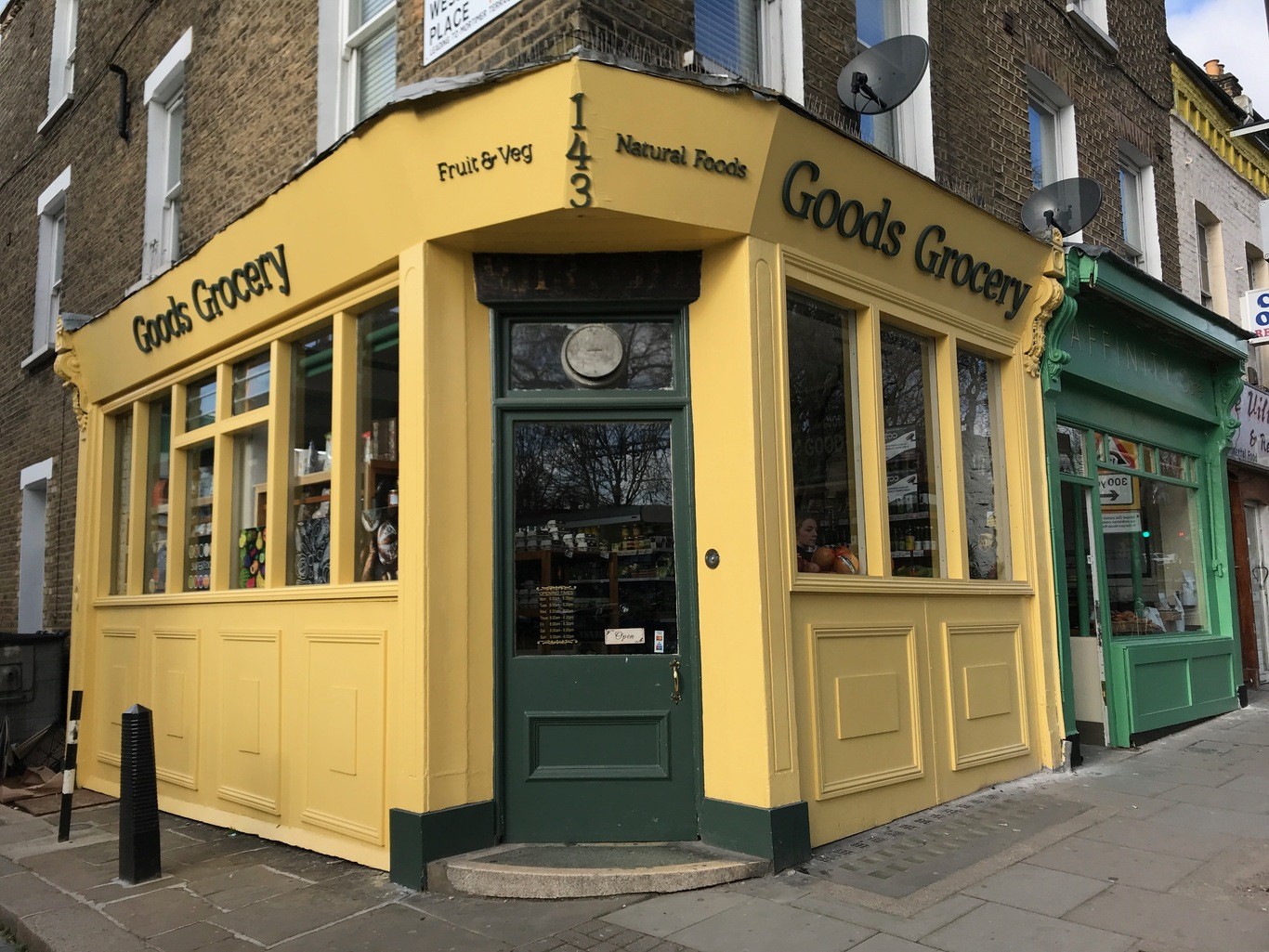 Like many local residents we were long a bit disheartened by the sad stretch that runs north of the brilliant Southampton Arms. Why was it boarded up for so long?

Thankfully the prominent corner plot reopened at the end of last year as the Goods Grocery, a teensy canary-yellow Wholefoods-style outlet, with quality fruit and veg, posh sourdough, olive oils, canned goods and all the other groceries certain residents of NW5 may require on a whim.

Then, the other week, a cafe called Affinity finally appeared in the neighbouring former Fish & Fowl shop (which, of course, would now be more than at home on Fortess Road).

The interior is rather minimal, but it’s very much up and running and serves the expected artisan coffees, teas, pastries, snacks and a signature lunch offering of both meaty and vegan pies.

A much-needed and useful booze-free stop-off then after, or indeed before, a stroll on the Heath.

Just don’t bring the pooch as dogs, somewhat inexplicably given its location, aren’t allowed inside.