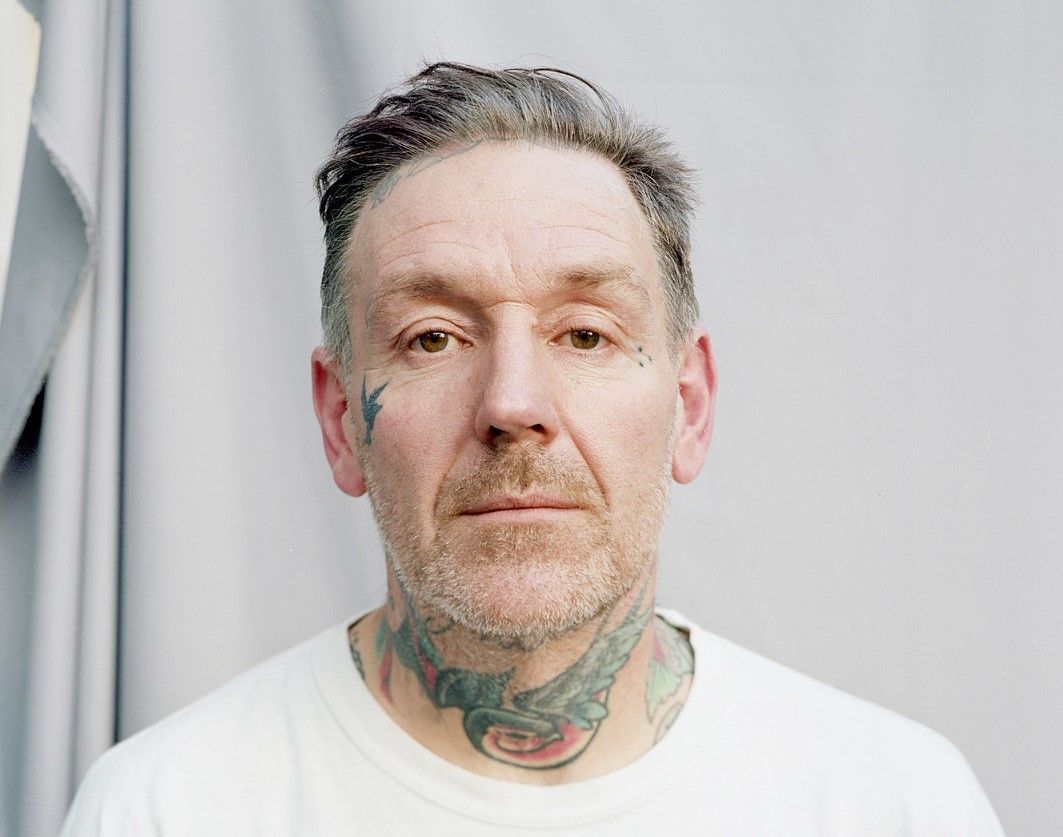 I love that you can skateboard on your own and pretty much anywhere. I’ve been doing it since I was ten and met a lot of people through it.

When I was a kid we’d build our own ramps out of wood. I was born in Bristol then moved to Wales – that was where I started boarding, back in the late 70s. If there wasn’t any wood, it would be whatever my dad had in his garage.

My top three skate parks? Clissold in Stoke Newington, Royal Oak over Westway and Cantelowes up the road – because of the atmosphere, the people that go there and the way the parks are put together.

My days of performing tricks are in the past. I’ve had a few breakages over the years: ankles, ribs, fingers, a couple of concussions – nothing too horrendous.

When I was young the sport was associated with punk rock and tattoos. Inking went with the scene. I’m covered from head to toe: one of my favourites is a big tiger’s head on the back of my leg, but I like them all in a way.

I split my time between plumbing and running this place. A friend of mine bought it in 2009: a few years ago he said he didn’t have the time anymore – he’s got a vintage unit in Camden Market as well – so a mate and I took over.

Everything’s interchangeable: wheels, trucks, bearings can be swapped about. I’ve had hundreds of boards throughout my life. The ones in the store start at £60, we sell a lot of them; custom ones at £107.

We get all sorts of clientele, from kids up to a lady in her 70s dubbed the ‘silver surfer’. Then there are some who were into it when they were a child and decide to start back up again in their forties.

We have famous shoppers too: Jennifer Saunders bought a few things for her daughter; the drummer from Sepultura comes in quite a bit, he’s a local; Madonna’s son has been in before. And there have been some interesting requests along the way – chauffeurs pulling up asking for expensive stuff to be built.

Every six months or so, an artist paints the exterior of the building. A guy who works for Sailor Jerry came in when we started redoing the inside and asked about our plans; that led to the collaboration. Alongside that we get our products printed with the same graphics. Last summer an Australian guy called Steen Jones did the artwork, and we turned it into a day event with a live band and a barman mixing up spiced rum cocktails. It worked out well; we’ve got a good community here with our neighbours.

Top 5 tips… for a beginner

1) Don’t spend too much money – but also don’t buy anything too cheap.
2) Go to a reputable place, somewhere that’s not going to sell customers superfluous items.
3) Always wear protection in the form of pads and helmets – you will fall all over, there’s no doubt about that.
4) Ease yourself in, don’t run before you can walk; take it steady and learn along the way.
5) Practice on carpet – the board doesn’t roll away – and try out tricks on grass if it’s not wet and muddy.