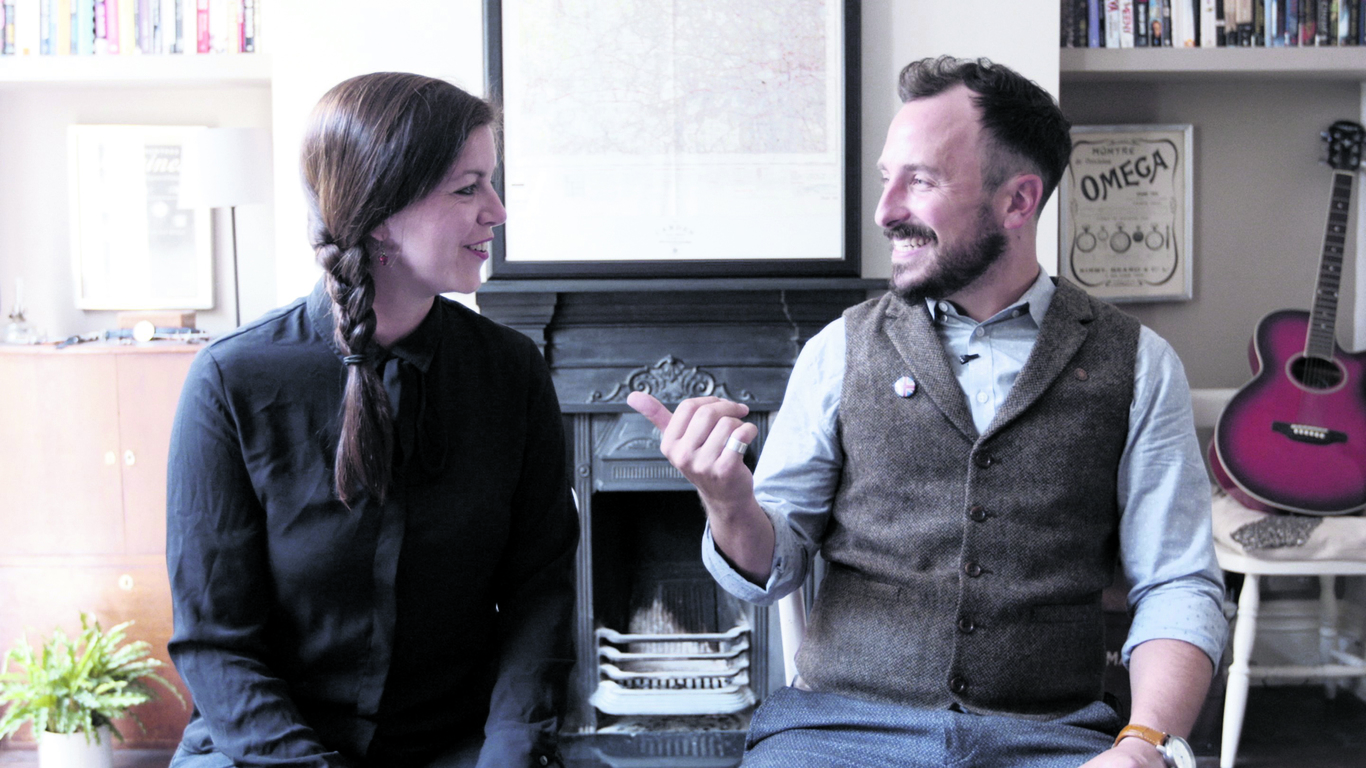 ou’ve got to hand it to a pair of designers who name their time-pieces after the bus routes we all know and love (and maybe even hate now and again). That’s what partners Anneke Short and Jerome Robert have done since 2014, with their No.29, 24 and 253 designs. Anneke talks us through how they did it at their new studio off Delancey Street.

Why move your studio away from the Camden Market store? When we first took it on in 2015, we worked at the back, but it wasn’t sustainable, so had to look for more space. This building in Delancey Passage used to be an old spectacle factory, which is very cool. More recently it had been a PR office but lay empty: we moved in a year ago just before Christmas – so it was chaos with online orders.

Let’s rewind. When did you meet? 15 years ago. I was in Switzerland, studying at a jewellery and watch design school in La Chaux-de-Fonds; Jerome is Swiss but was living in France. We met at a music festival. I always wanted to do something creative; I love designing and making things, seeing a finished product. I never considered watches until I was offered an apprenticeship – and then I loved it.

Why the move to London? We both always wanted to live here. I was born in Gibraltar and grew up in Cambridgeshire, but every two years moved around as my dad was in the RAF, so there’s nowhere that I’m actually from. We’d been together for eight years before we moved here: I started work for Royal London, a British watch company, while Jerome initially gave French lessons in north London.

How did you start up yourselves? I’m not good at having a boss! But I didn’t want to launch a business by myself, so I said to Jerome, if we can do this together, we should start a design studio. The upshot was AMS Design, and we created watches, jewellery and more. You know how they say to writers, write what you love? We thought, what if we make something that we love? So we set up a watch brand to showcase what we can do A-Z, from initial ideas to production to retailing.

And that was how you chose to focus on Camden? Yes. We love it here, and lived in three places around NW1 before moving to Finchley Road this year with our baby. Camden has the mix of people, and it’s what we love: it’s hugely inclusive, unlike some other areas of London.

Why name the watches after bus routes? In 2014 we launched with three styles – No.29, 24 and 88, a cheeky wink to the fact that it was Camden. We were looking for names and a super cheesy thing that a lot of watch brands do is calling products the ‘Westminster’ or the ‘Kensington’: I liked the fact that the No. 29 is a cool name anyway, and on top of that we didn’t try and shoehorn extra meaning in, but it happens to be the bus route. Now there’s also a 253 and a 27.

Any fave route? Well, the 29 is good as it goes straight into central London, while the 24 is the oldest unchanged route in the capital. But the 88 was closest to our first home. It’s all about tying it back to Camden without alienating anyone who’s not into Camden.

What’s your ‘Thy Barber’ collab about? The owner Frank Rimer came in as he was setting up his Shoreditch barbershop and we hit it off. Our collaborations are all about stories: for this one lots of authentic details from barber chairs and poles ended up in the design.

What else is new? The Automatic, which has no battery, and is inspired by the Victorian pocket watches worn by train workers. Unlike quartz, battery-operated ones, mechanical movements are more complex to make, the spring-driven mechanism more expensive. Our Automatic can power itself for 40 hours without being wound up.

What local details are on the watches? We try and add subtle ones: so on the crown of the Automatic there’s detail from the bridge near the Chinese boat on the canal. And for the 88, the second hand is the same colour as Camden Lock Bridge; I’ve always loved that turquoise and it’s an iconic image.

What’s next? We launch a new Brighton store this month, our fourth, after Greenwich last May, and Box Park in Shoreditch.

Any celeb fans? Actually Jarvis Cocker came in today. And Martin Freeman has got all the 88s, he loves what we do.