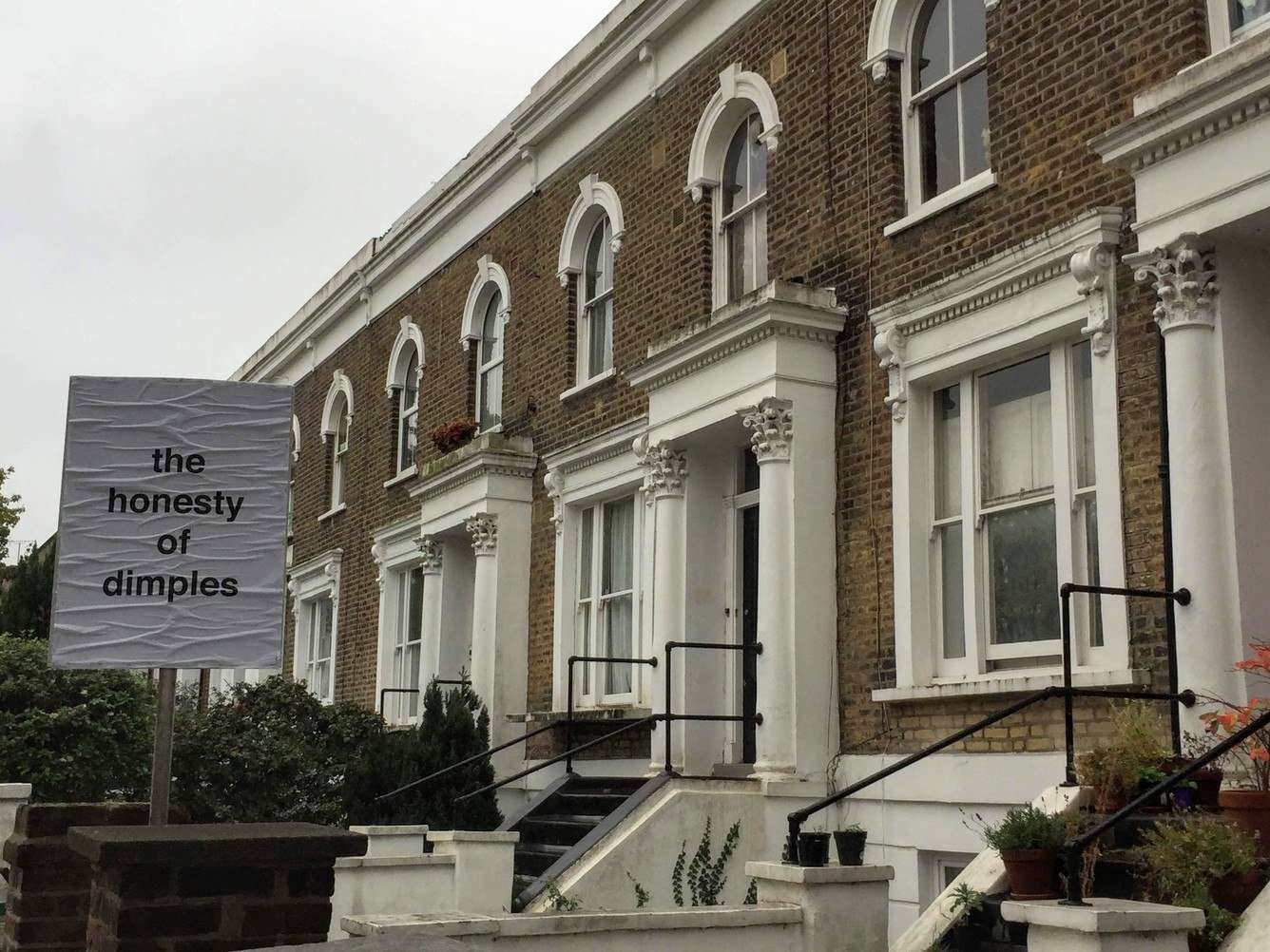 Have you spotted these quirky K-Town street signs?

We meet Mark Waddell, the creator of those thought-provoking boards across NW5

So, what’s the deal with the signs? They started off about five years ago and I haven’t looked back; I have a lot of fun with it. They’re double-sided; I put a new one up every few weeks. If one starts to look a bit tatty I change it. They bring the community together.

What inspires you to write them? They began life as poem titles, but now I often write the placard first and the verses come out of them. The signs are taking over. The ideas come from all different places; I always carry around a little notebook. When I was starting out I would listen in on conversations; people say the most extraordinary things, especially if you don’t know the context. I remember sitting outside the pub, a man walked past talking on the phone and said, “the psychic bear was a hit.” I thought that was just brilliant. In some ways I guess I’m a word thief, but I put my own interpretation on things.

And the rules? They’re not offensive and they make the readers think, laugh and question; basically a force for good in a crazy world. I like the fact that you have to stop and look up to see them; we walk along looking down at devices or busy in our heads, it’s easy to forget where we are. They give a moment of breathing space to wonder.

How does Kentish Town come into it? I love the area for its energy, character and attitude. I get a good vibe; the signs give something back. When I’m writing I have images of people walking by.

Your faves? Where do I start? There’s ‘just waiting for the placebo to work’, ‘absinthe friends’ and ‘the inner adult’. I’m also fond of ‘it’s raining diamonds on jupiter’, ‘I fought a minotaur to be here today’ and ‘I’d take a flesh wound for you’. There are so many.

And what’s the reaction been like? Great: I’ve met lots of really lovely folk as a result; one passerby told me they’d helped her find something to talk about with her mother-in-law. There’s one guy who religiously comes along and jots them down; I’ve been told they’re discussed by pupils at Camden School for Girls. Neighbours saw a group of twenty walking down the street: they all stood outside my flat, had photos taken, and then marched back – like a little pilgrimage.

Have you receieved any fan mail? Occasionally I get a letter or two; a really nice card from two ladies said, “Thank you for keeping us entertained for another twelve months, you are the best thing that happened on Islip Street.” When it turned out they were moving, I put a board up saying ‘Thank you Emma and Caroline for your words’.

What else do you get up to? I’m developing three collections at the moment: one called ‘Even a Komodo Dragon’s Bite Couldn’t Slow Him Down’, which will be full of surprises; another titled ‘Twenty-four Hours to Get Out of Town’, a hedonist compilation. I’ve got hundreds of pieces; it’s a question of how to get them out there. I also work with adults with learning disabilities three days a week, taking them out sailing, to art galleries, swimming. Poetry doesn’t pay the bills: when I first signed the contract with my publisher he said, “Mark, you do realise that there’s no money in it?”

How about future projects? I want to do skywriting next, take things to the next level. Planes are expensive, but there are drones and projections. I think ‘infinity just ain’t big enough’ would work beautifully up in the atmosphere. I love the notion of words having a big impact. You’ve got to dream big, haven’t you?

Anything else? Another thing I’d like do is to put on an event called A Night for Florin. He was one of the heroes during the London Bridge attacks, a baker hailing from Romania who hit the terrorists with plastic bread trays. I’m doing a painting for him at the moment. The sad thing is, he’s had to go back home because he’s suffering from post-traumatic stress and he got no help here. It’s just an idea, I’ve got lots of them; let’s see which ones filter through to reality.