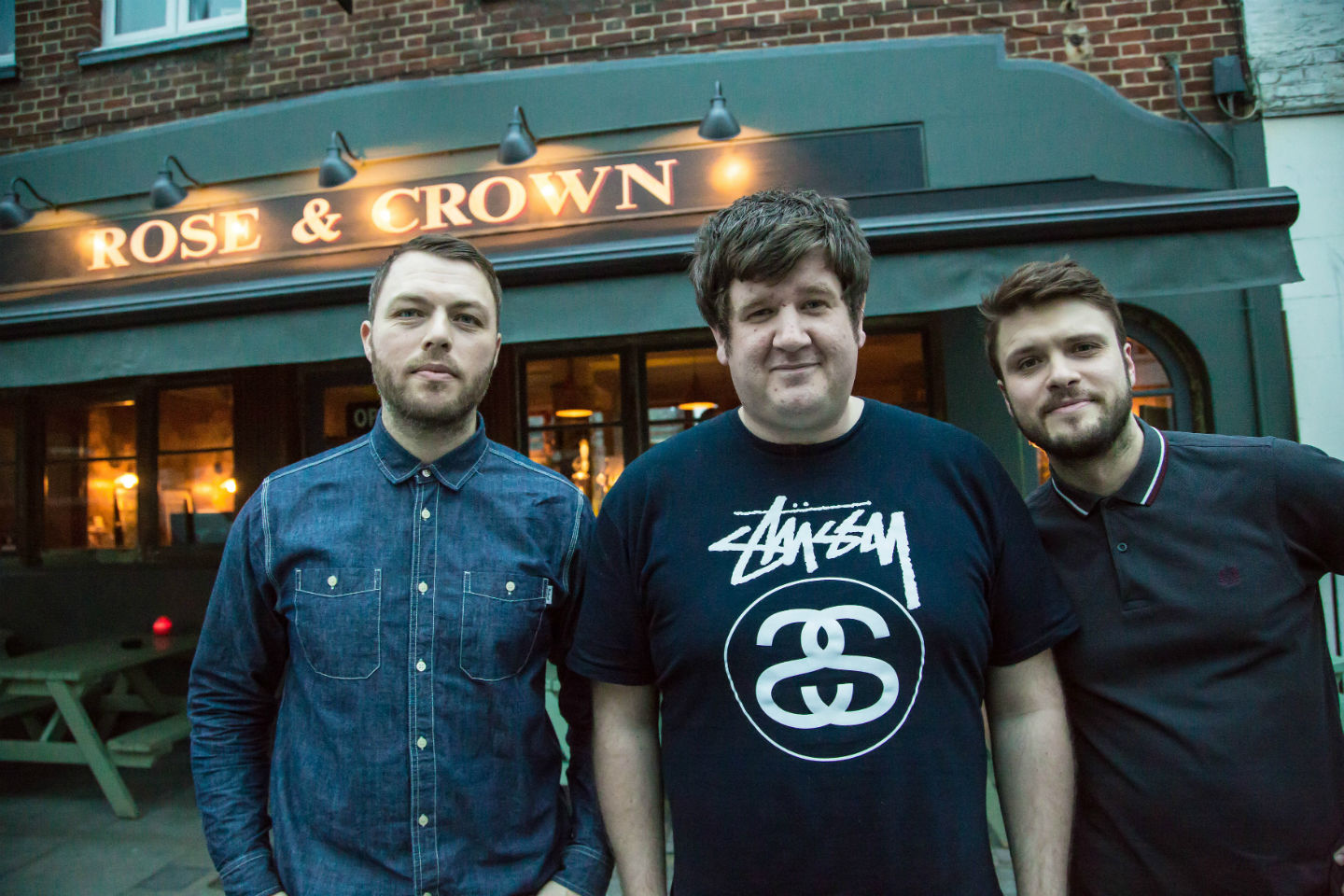 Unless you’ve been living under a rock for the last five years you’ll be more than aware that London alehouses now fight for the limited barrels produced by the world’s hottest microbreweries, tiny operations that unleash magnificent beer in gold-dust quantities. We visited the Rose and Crown on Torriano Avenue to listen to co-owner Theo Caudell talk us through some of his favourite craft beers of the moment.

Beavertown is four or five years old, making it almost ancient in terms of the craft beer movement. At the time of its formation there were around 15 breweries in London; now there are nearly 90. They began in Duke’s in Haggerston with beer being brewed in the kitchen, before they needed to move to a bigger premises. A session IPA, Neck Oil is relatively new for Beavertown having been first produced around a year ago: it has a floral nose, citrus with an almost an orange peel twang, it’s well-balanced and goes down very smoothly – that’s what gives it its name.

The Titanic brewery in Stoke was named after the infamous ship’s captain who hailed from the northern city. They are immensely proficient in their dark ales, and also produce a plum porter and a vanilla stout. This ale was introduced to the Rose & Crown as a permanent fixture in lieu of the more typical Guinness. It has a smoky nose with creamy, coffee and chocolatey notes – without being too bitter.

This London brewery is all about producing in-your-face beer that makes you take note and consider what you’re drinking. A favourite here, this has a distinctive hoppy nose with orange cordial notes; it’s not a particularly lively-looking beer and sports an unfiltered colour with little to no head. Yet it dances all over your tongue with a peppery, citrus flavour, mildly carbonated and so dangerously drinkable.

IPA is one of the most prominent arms of the craft beer movement. It was developed when the British army in India wanted beer; and to serve this demand an ale had to be produced with a higher alcohol content (ABV) in order for it to survive the journey to the subcontinent. You didn’t think we ran the world sober did you?

• A session ale has a lower ABV in order for it to be drunk from dawn till dusk without flooring the consumer. Rose & Crown host Theo believes that “there isn’t much difference between a session IPA and a pale ale, it’s just a glamorisation term”. You learn something new every day.

• A stout is dark, typically black and more often than not with a higher ABV than a pale ale, usually clocking in at over 5%. Guinness is the world’s favourite stout.

Mondo Brewery is the project of two former home-brewing friends, newish kids on the block with their first brew being in April 2015. This is a solid IPA, nicely rounded and punchy. It’s bitter, dry and hoppy which makes it not as session-able as others; but its appeal lies in how accomplished it is in terms of its youth. A very promising offer from a wonderkind brewery.

I rank Wiper and True as the second best new brewery in the country and the Coriolis is testament to this. It has an English summer fruits nose of rhubarb and strawberry, but a hoppy taste with a tropical fruit punch. Wiper and True are also known for their innovative minimalist artwork.

This is box title
One of the facets of the craft beer revolution is the advent of collaboration beers wherein different breweries will exchange master brewers in order to produce a one-off, limited edition. Since 2013 there has been an annual “Rainbow Project”: seven UK breweries team up with international counterparts to create seven unique beers. It began two years ago with UK breweries working with European ones but this year saw seven of our best breweries team up with some of our American cousins. The collaboration even goes down to the artwork with the graphic designers also teaming up for the bottle’s branding.

My top new arrival in the UK is Cloudwater. This Mancunian brewery has a season-centric approach to brewing as they produce summer, winter and autumn ranges. Their Autumn Red Ale is bouncy with pine and toffee hints, tasting more like a pale ale than its hazy dark appearance would indicate.

The spawn of a collaboration between a Welsh and Swedish brewery, this pale ale attempts to provide a twist on the Copacabana favourite – and it does fantastically well. It is a triumph, pale and wheaty with pineapple notes and hints of coconut. You could say this creation is the craft beer movement incarnate: bold, unusual, experimental and ultimately bloody brilliant.

This is box title
The Rose and Crown launches its new house brew Fourpure next Wed 30th March. On the night there’ll be Pils and Pale Ale on the bar and the guys at Fourpure will giving the first 50 pints of Pils away. Find it at 71-73 Torriano Ave NW5