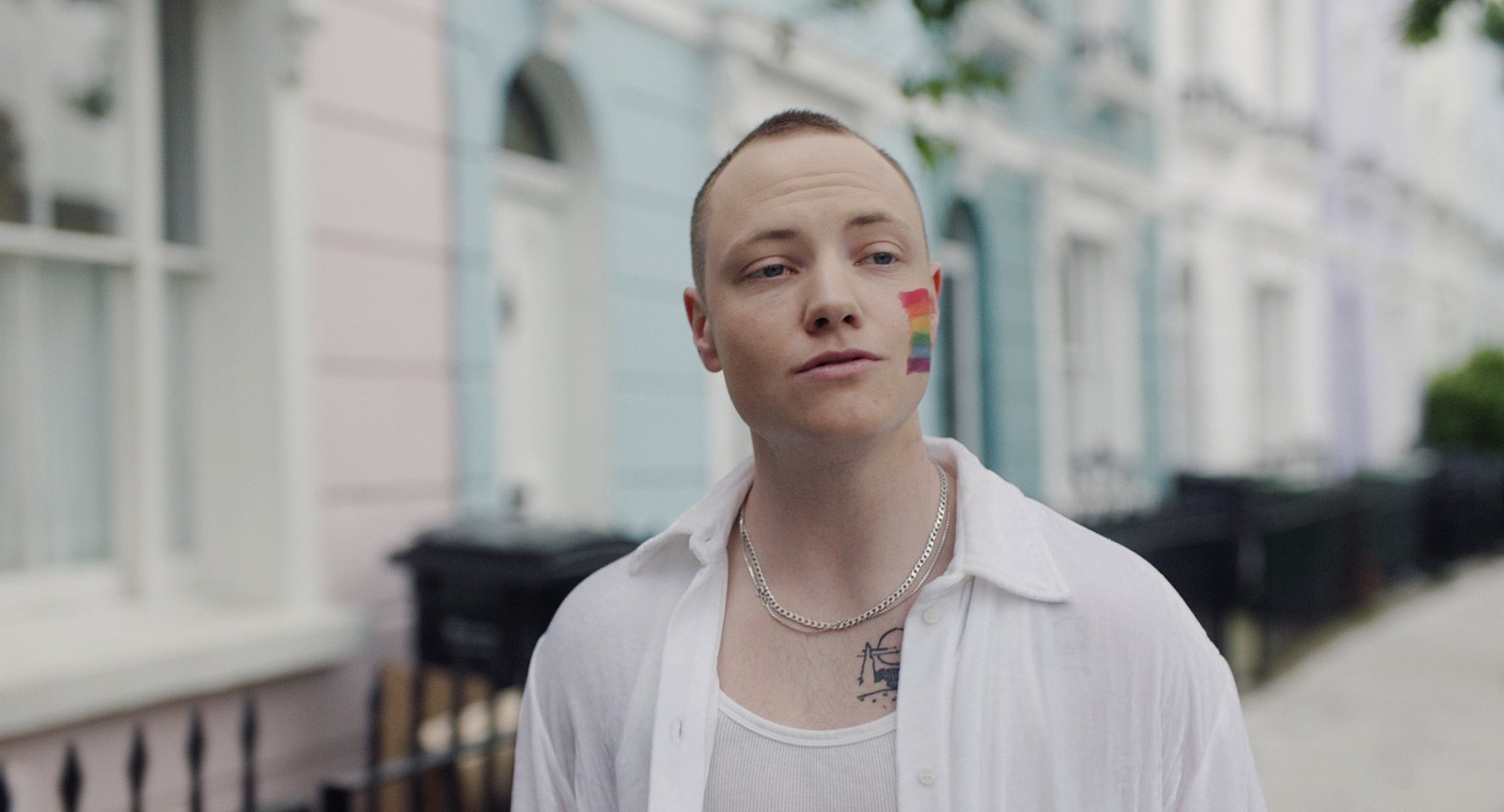 his one you have to catch. Ahead of Pride in London next month, a new film shot in the area is being premiered on Channel 4 tonight (between 630-7pm), which follows a diverse cast overcoming the challenges many of us still face coming out as LGBT+.

“Our rights have come a long way, but for many of us life can be far from easy,” say Pride’s spokespeeps. “One in five LGBT+ folk are not out to their family, a third have experienced verbal abuse and half of LGBT+ Londoners have been the victim of a hate crime. Pride matters today as much as it ever has.”

Too right: as any same-sex couple knows when considering holding hands in public, for example, there’s still a way to go. And the film, with its low-key, understated tenderness, spoken-voiced rendition of Somewhere Over The Rainbow, and ensemble cast, will bring a tear to your eye.

Shot by Kentish Town-born and bred director Billy Boyd Cape, who’s still only 25 and has worked with the likes of Mr Hudson, Kwaye and FKA twigs, it’s set across the streets, parks and estates many readers will walk past daily. Including, yep, you guessed it, creatives’ fave, pastel-painted Kelly Street.

“The film was hugely ambitious and it’s all for charity, so budgets were extremely slim,” says Boyd Cape. “I wanted to capture what felt like the entirety of London, from the estates to townhouses. So I returned to my home and we knocked on every door begging neighbours to let us use a room to film in.

He adds that it was “surreal but beautiful” to take a fresh look at where he grew up. “This is a subject I couldn’t be happier to make a film about.”