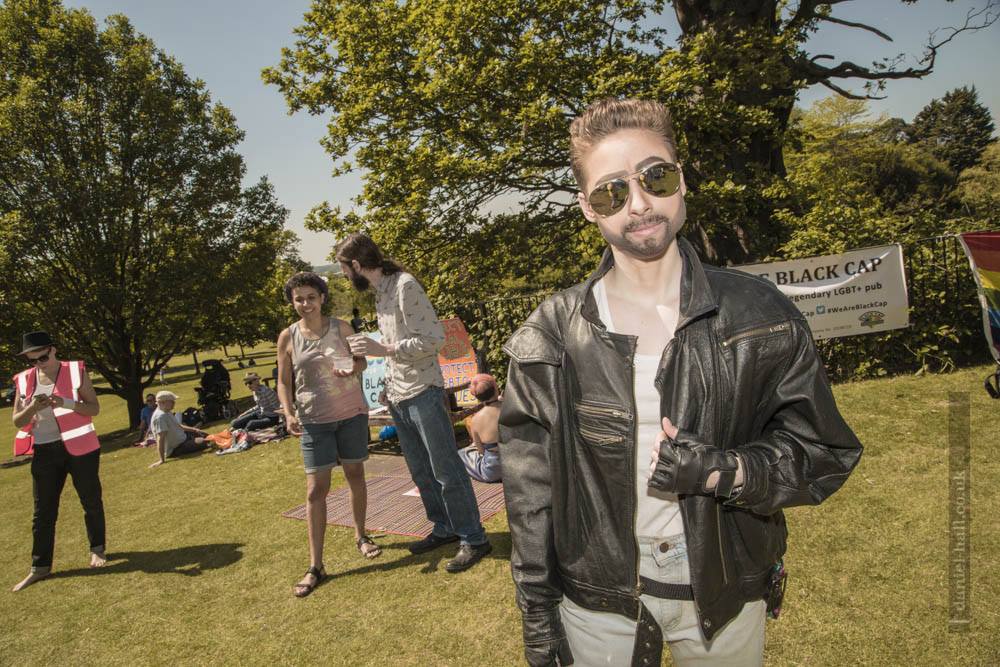 To help us decide what to do with ourselves this weekend we put a couple of Youtube videos on side-by-side. On the left, George Michael’s racy display of sexual liberation in his defiant 1998 smash hit Outside; on the right, clips from William and Kate’s 2011 wedding.

The former’s been on repeat ever-since, while the latter was brought to a grinding halt when the priest uttered the words: “natural instincts and affections implanted by God.”

Guess that’s our minds made up: this Saturday, it’s off to Hampstead Heath we go.

Why? Because, for the second year running, a coalition of LGBTQ+ activists are hosting a free party to celebrate the talent and courage of George Michael, inspired by his approach to life and sexual freedom.

Last year, hundreds flocked to the Heath – the heartlands of the UK’s cruising scene, often frequented by the late, great icon himself – to gather in dance, protest and celebration.

This year, there’s additional impetus to head to north London’s biggest park, as it’s the 20th anniversary of Outside, George’s infamous protest piece, produced in response to the LA police department’s entrapment by ‘pretty policeman’ at a public urinal back in ’98.

Although immediately arrested for indecency, and cruelly dragged out of the closet as a result, George quelled any attempts to implant shame and ridicule, by creating his evocative anthem about unapologetic promiscuity. It soon entered the desert island discs of swathes of the LGBT+ community and helped to transform him into an emblem of queer visibility.

If George’s hedonistic example isn’t enough impetus to pack up a picnic basket and head to the Bandstand in Golders Hill Park this weekend, then perhaps a desire to avoid the royal wedding is.

The party’s hosts, Queer Tours of London, alongside LGBTQ+ homeless charity The Outside Project and Loud and Queerly, have decided to coincide their bash with the royal wedding. The organisers wanted to create an alternative celebration of love within the queer community, one that actively seeks to expand the narrative that sexuality should ultimately culminate in man marrying woman.

“As Meghan Markle and Prince Harry don their crowns and bow down to the Queen, join us for this very special occasion where we celebrate our culture,” says Queer Tour’s Dan Glass. “On Saturday, public displays of affection will be everyone’s duty, this is our opportunity to show the world that queers are fabulous and never going underground.”

The team have declared the event “the real Queen’s wedding” and as such, are encouraging all guest to wear wedding frocks. From our experience at other Queer Tours events, the loosely applied dresscode centres around dressing as outlandishly and (un)comfortably as possible: think arse-less PVC chaps, feather boas or, should you desire, a pair of jeans and plain white tee.

Like any other park-bound cotch, the party is BYOB. Celebrating the diverse reality of human sexuality while sipping on a G&T, sounds like a far superior way to spend a Saturday afternoon than loading up a pile of heteronormativity on the BBC.

George’s hallowed words ‘let’s go outside’ have never had such appeal.