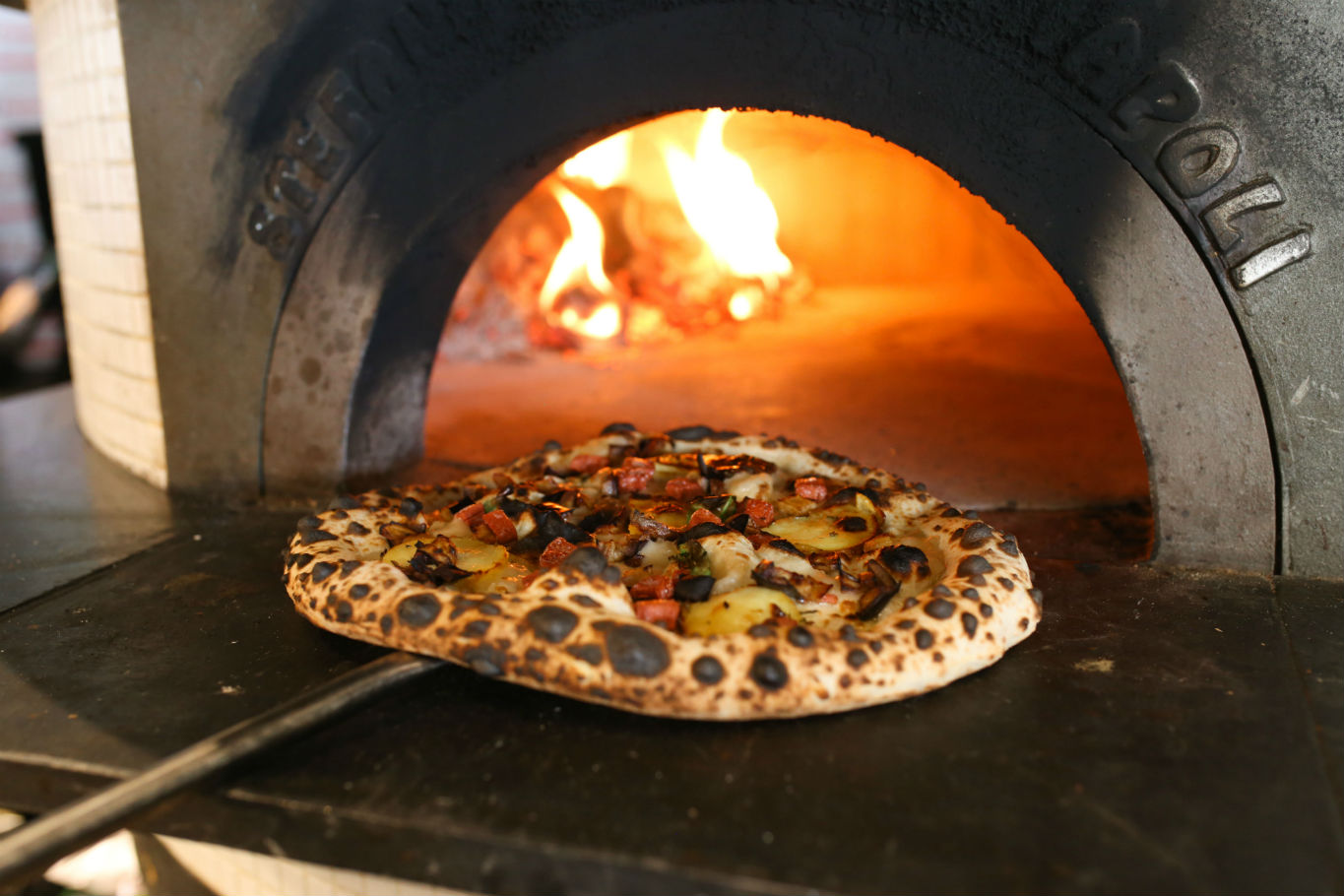 5 things you should eat at Purezza, Parkway

In short? This is arguably the greatest vegan pizza we've ever tasted

Before visiting the UK’s first vegan pizzeria, it’s hard to believe it will be particularly impressive; previous plant-based pizza experiences (mentioning no names) have been less than memorable. And worse, this new restaurant occupies the site of Parkway’s much-missed Market, which survived over a decade, and was a north London dining institution.

Any prejudice is literally parked outside the moment we sit down. The interior is unrecognizable, with the wood-fired open kitchen now occupying the rear half, and booths and close-set tables crowding the slim room. Service is immediately friendly, with most of the staff highly enthusiastic vegans themselves.

The menu lists such worthy sounding options as wholegrain sourdough pizzas, pastas and raw dishes. They have “reverse engineered” animal-based foods in order to recreate them with plant-based ingredients, so brown rice mozzarella is standard for pizzas, while ‘meats’ include pancetta, mince and burger patties.

Here’s what we enjoyed most:

You can pick your base from three options: the waitress recommends hemp sourdough as it’s packed with natural healthy fats, vitamins and protein. It’s perhaps more filling than the regular wholegrain, which we choose for the Fumosa (below), and the gluten-free, which we don’t try.

As for the topping, it dazzles with savoury sensations: smoked mozzarella, fried aubergine ‘parmigiana’, sliced tofu sausages, basil leaves and a dusting of what they call “nutritional yeast”, for added umami. We order a range of dips too, all proving irresistible to dunk the crusts into: vivid pesto, garlic mayo, caramelized hummus and wood-smoked BBQ.

The regular base is a lighter, fluffy Neapolitan sourdough, which needs 48 hours’ maturation “to improve digestibility”. The Fumosa is not the chefs’ favourite, we learn later from the owners, as it’s not authentically Italian; and yet its highly creative mess of smoked tofu, oven-roasted mushrooms and purple discs of smoked beetroot carpaccio – all finished with a drizzle of BBQ sauce – is quite unlike any pizza I’ve eaten previously. In fact, it’s way better – especially dunked into the spicy sriracha dip.

We’re not ‘dough balls’ people – and yet these are ridiculously effective, pillowy morsels exploding with molten cheese (and once again, bedfellows with the dips).

Elsewhere, another side of courgetti spaghetti sees spiralised zucchini smothered – and I mean smothered – with the zingiest pesto and studded with juicy sundried tomatoes. We smear it on the pizzas and eat them folded in two. Our final side is a crunchy bright pink slaw, invigorated by parsley and the smooth kick of garlic mayo.

A luscious pot that causes my partner to squeal with delight. The cheese is made by reducing root vegetables to give a thick, creamy texture. This makes it healthier than you think (yes!) and yet still oh-so-comforting.

Light-as-air, nutty and beyond velvety, the cream is made from cashew and cold-pressed coffee, with a rich medjool date base. Gone in seconds.

Afterwards we’re so impressed that we catch up with owners Tim Barclay and Stefania Evangelisti. The couple, who are getting married this year, met at Southampton University, before Stefania went on to work in law and Tim in marketing. However, in 2014 the pair jacked it all in to open a pizzeria together.

Priced out of London, they moved to Brighton, where they found a site in St James’s St. “We were about to open as a non-vegan place but in the process of buying it went vegan and changed the concept,” says Tim simply. “We did all the refurbishment ourselves, self-financed it – and picked up a pizza oven from a pub round the corner for £150.”

Initially buying in (slightly rubbery) vegan cheeses, after a trip to Rome, Stefania and Tim began experimenting with producing raw cheeses themselves. “We worked on the brown rice mozzarella for two to three years,” says Stefania. “We produce it in Brighton, where the kitchen is like a laboratory; it’s very scientific as we’ve created a product that’s suitable for any intolerance – both soya-free and gluten-free.”

“It’s got flavour and melts well,” adds Tim. “We use organic, plant-based alternatives to rennet, and the mozzarella is matured over 48 hours to bring out the flavours and allow the rice milk to coagulate. It’s very hard to develop a cheese from rice milk as most people use nut or soya, but we got there in the end.”

Coming soon to Camden will be a raw fermented cashew cheese platter. “But we haven’t perfected it yet as the fermentation process requires a certain temperature,” says Stefania.

Oh, and if you’re concerned about Neapolitan authenticity, don’t be: “Our executive chef Filippo Rosato, who developed our dough, is from Naples,” she says, smiling. “In fact most of the kitchen team are.”