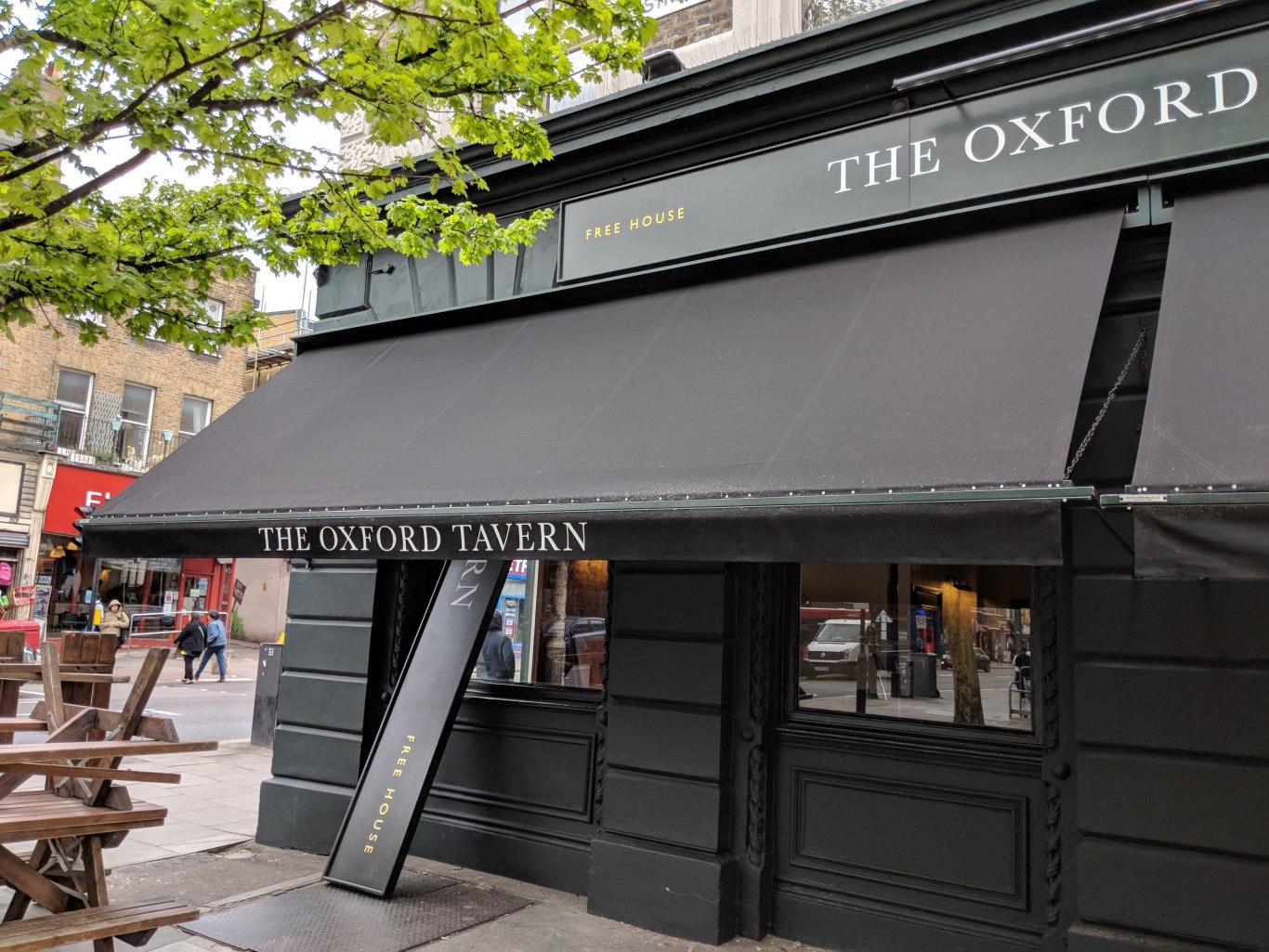 The landmark Kentish Town Road pub shut its doors in late March, but here’s the good news: this week it’s finally back in biz, with a cute ‘Tavern’ added to its moniker.

As we reported a few weeks back, it’s been taken over by the owners of West Berkshire Brewers, who are vouching to make it something of a craft beer haven. As well as their own range you can expect the very decent Siren, Yeastie Boys and two of our fave London breweries, Signature and Fourpure, on tap too.

And our remaining concern is that surely nothing really needs to be changed in the already lovely interior? “We’ve left the best bits like the grand old bar counter, the big open windows and the pitch pine parquet flooring,” says manager Aaran Tipping, “only adding a few new ideas such as propeller-shaped ceiling fans, comfy leather Chesterfields and a few splashes of colour here and there.”

Hmmm okay: guess we’ll have to wait until tomorrow to find out. Oh, and the upstairs rooms won’t be flats (as feared): instead they’ll be used for private parties, occasions and one-off events.

So, as we say in our latest print issue, at least it remains an independent – and at least pubs are reopening left, right and centre across the neighbourhood. We’re winning, right?