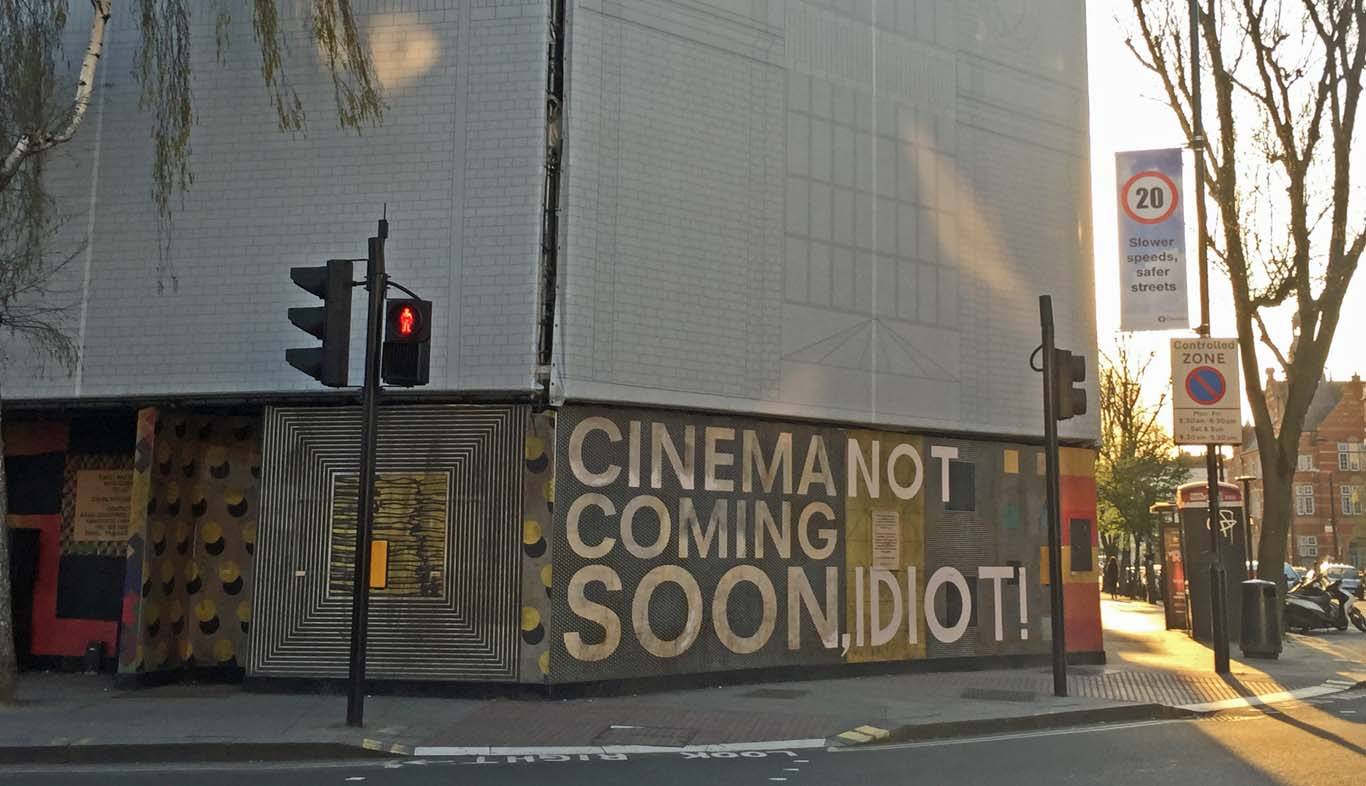 t’s one of the neighbourhood’s most visible disgraces: the former North London Polytechnic, aka the Pizza Express building, still boarded up seven years since controversial redevelopment plans were first mooted.

In fact it’s been over a year since any work took place on the site at all, and those ageing hoardings that gleefully hail the arrival of the proposed new cinema are really starting to grate. (Read our timeline charting the rise and fall of the cinema story here).

So much so that some undisclosed local artists have just given the message an appropriate guerrilla refresh (see above).

As well as highlighting the scandal of broken promises, that saw redevelopment consent granted on the basis of keeping some of this grand building for community use, the artists are also making a biting point about the city’s homelessness problem.

They have also decorated the former carpet showroom opposite which, as with the Poly, had been used as a squat-cum-cultural hub, before bailiffs turfed everyone out to create yet another empty shell on the high street.

We contacted Uplift, the property developer who apparently ran out of money when discovering the cinema was not in fact a viable commercial concern, for an update. They could only state that the project is “in the process of being sold”, which by the looks of things means nobody is interested in picking up the pieces.

The Kentish Town cinema was a wildly popular idea with locals. It still is. Failing to deliver that is one thing, but speculative developers leaving so many buildings derelict in London high street is even more inexcusable. Thank goodness they now boast a bit of political art to brighten up the mess.