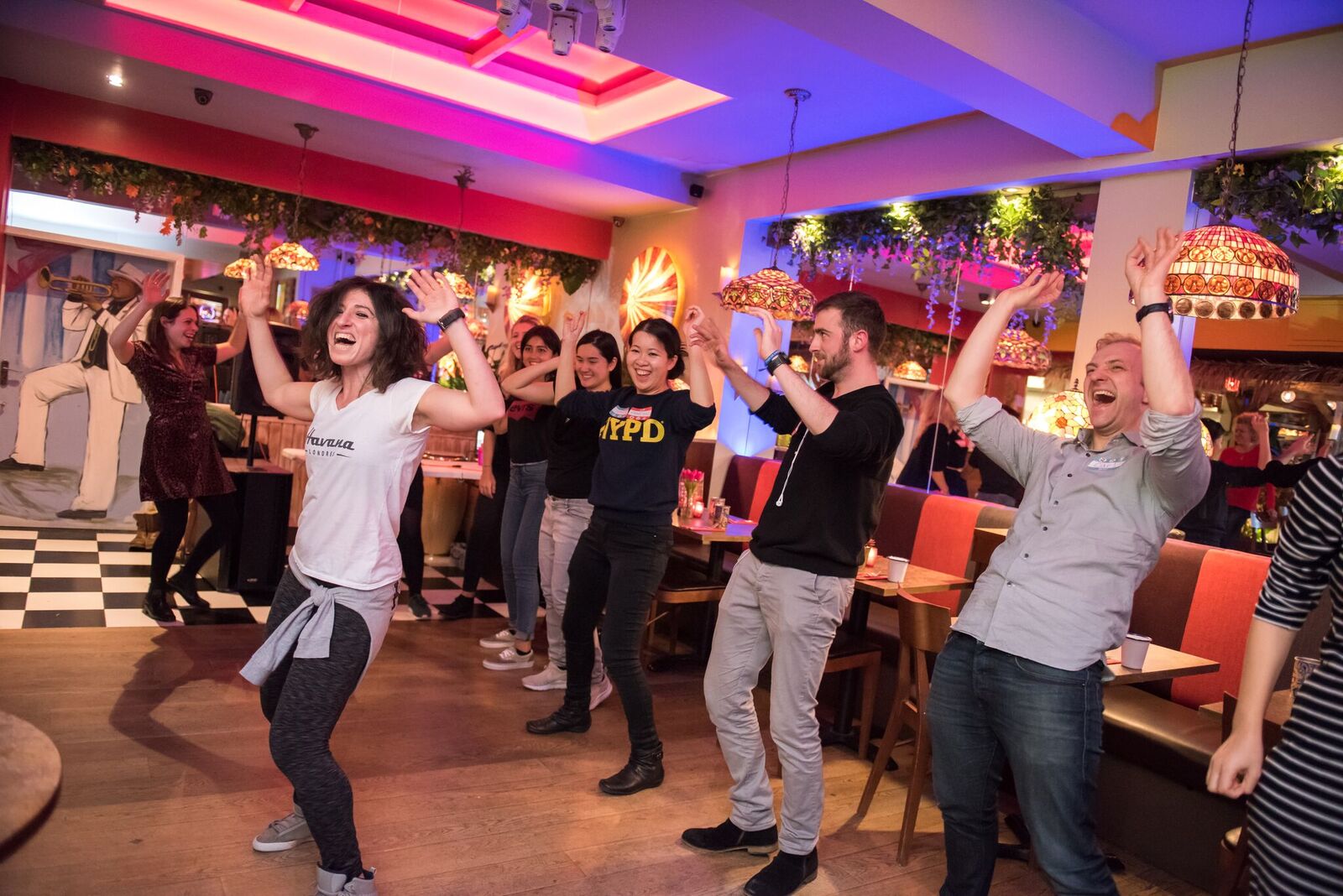 Is it possible to bring the vibes of Havana to Camden?

When I landed in Havana – yes, the actual place, not this new NW1 opening – a few weeks ago, it took a good couple of days to rid myself of my London clutter.

Upon arrival the sixty-year-old taxi driver (once he’d abandoned the question burning on no one’s mind but his own– “who wants to be my novia? [bride]”) was a pretty wise and affable chap, who ended up dropping us one of the more pertinent lessons of the trip.

“How long does the journey take?” my friend asked, to which he sniggered. After repeating her question a little more pressingly, he replied: “Six hours, four hours – it really doesn’t matter.”

Too true. The lessons continued. There’s no internet in Cuba, only in certain paid-for hotspots which are rammed with the younger generation trying to use the sluggish service to keep in the global loop. And yet with no web, there’s no reason to constantly forage for information, pestered by notifications, preoccupied by the ability to be constantly available, missing the world whizzing past as you do.

So we spent most of our trip sat in bars dotted around town. 1950s hot-rod cars pummelled past, and seven-person bands played for hours on end, music penetrating every street, and permeating every inch of our comparatively rhythmically-deprived bodies.

In this atmosphere there’s no excuse for standing in the corner, awkwardly clutching a mojito while tapping a foot to a beat. Our feeble British conception of blurry-eyed dancing will never really do justice to the music, or allow us to feel the sheer power of the chords.

Gradually, with no time, no phone, no inhibitions, we started to understand what it is to be in Havana.

Twelve days later and I’m back in London, still waltzing around, in a post-Havana haze. Then I caught myself trying to squeeze four social plans into one Saturday afternoon, cycling in between the second and third, as the sun started to set, wind pummelling my right eye to the point of tear. I realised I was officially back in Blighty.

So when an email arrived in my inbox, offering a night of Cuban food, rhythms and cocktails, I virtually salsa’d straight out of the office, shaking a maraca at the front door until they let me in.

The invite came from Inverness Street newcomer, Little Havana. It’s a reincarnation of what was once Bar Solo, the place I used to frequent at 15 years old, armed with the out-of-date passport of a 27-year-old woman who, even with the most contorted twist of the imagination, looked nothing like me.

The place was abuzz when my friend and I walked in on their Tuesday salsa night. Lines of awkward people about to embark on lesson numero uno stood alongside lean professionals ready to take to their stage.

Cocktails were being dished out and slurped as a nerve-remedy for the file of first-timers, their frozen daiquiris vanishing faster than any barman could keep up.

Amongst the chatter and tapper of not-quite-in-time feet, we nabbed a table in the corner, next to a wall-sized mural of guitar-bearing Cubans dressed in linen and jamming.

There were splashes of colour everywhere, the atmosphere energetic and yet relaxed. Service was chilled, necessarily informal, as the staff negotiated their way between flying hands and pulsating bodies. The Havana nostalgia started flowing back.

Our starter arrived swiftly, Cubanito de Camarones, a prawn cocktail based on a classic Cuban drink, a little like a tame Bloody Mary. Served in an ice cream sundae glass, a quarter of a lemon precariously balanced on its rim next to a few inexplicable slices of raw red onion.

Appearances aside, the slightly-too-chilled crustaceans came swilling in a tomato juice, too thin and sharp to be labelled a sauce. As we prodded our spoons further down we uncovered a smooth bed of avocado puree. When the two combined, the sauce was passable – but ploughing our way through the mush we were left wishing we’d paid a little more attention to the waitress’s hesitation when we asked if the dish was any good.

Regardless, the salsa classes continued: the beginners congregated in a learning circle, all loosening up, laughing more, caring less – an irresistible energy emanating from the swaying troop.

The mains soon arrived: like the dancing they improved drastically as the evening went on. First came a Cazuela de Mariscos, a seafood stew with (more) hefty pink prawns half-shelled, half left bare. Joined in a mellow white wine sauce by copious amounts of plump mussels, nestled into every other spoonful, their chew complemented the diced onion, garlic and pieces of red pepper.

Alongside this came a platter – big enough to share – of fried plantain stuffed with a black bean humus, melted cheese draped on top, slices of avocado and chunks of yuca (or cassava). These bits were met with a pot of black bean stew and a portion of slender long-grain rice.

Perhaps too enamoured by our seafood stew, when we next checked-in on the dancefloor a salsa miracle had occurred: the lesson had come to an end, the novices slipping into the shadows, and the trained dancers had come out to play.

The music was turned up, the pace fastened, the room was abuzz with couples effortless, twirling, flinging, holding jolly conversations while stepping into and out of each other in complete synchronicity. Another mojito arrived, and we continued to admire the spectacle, the chemistry, the joy.

There really isn’t a photo, a film-set, a conversation or a novel than can do justice to Havana, in its crumbling, chaotic, regal splendour. There is however, music, there’s dancing, and a zest for life and liberation; a firm belief that, as salsa legend Celia Cruz put it, ‘la vida es un carnaval.’

This, as we experienced in that vibrant little bar in Camden the other Tuesday night, can happily be created anywhere.