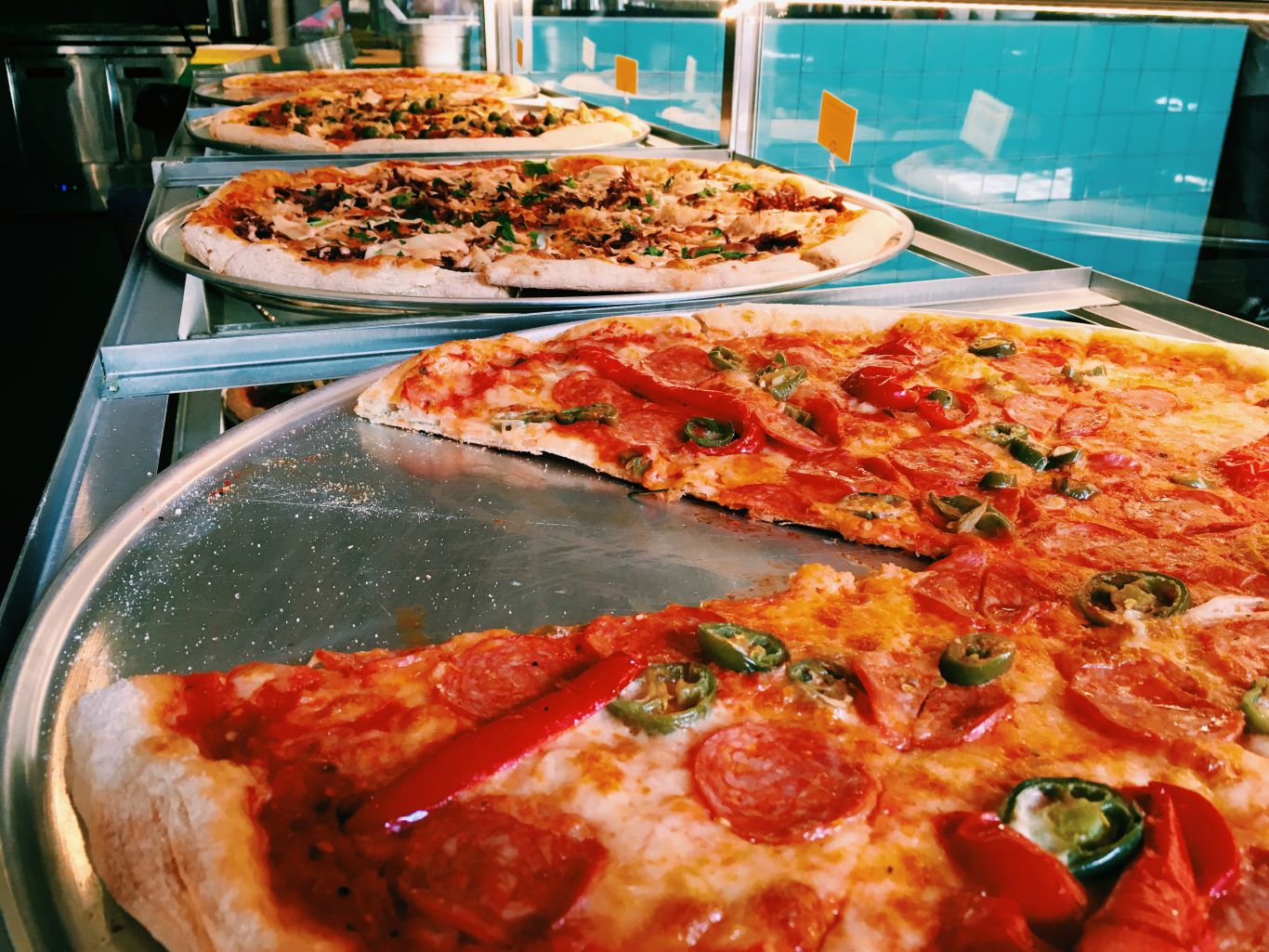 It's four quid a slice. We try a few of the specials at Camden's newest pizza destination

NYC-inspired pizzas types Voodoo Ray’s set up shop in Dalston a couple of years back and cleaned up with their easy, laidback mix of affordable by-the-slice, pared-back interior, craft beer and boozy cocktails (frozen margaritas to be precise).

They opened another branch in Box Park in Shoreditch a year or so later. And last month they arrived slap bang in the middle of Camden Market.

The new restaurant, located within the North Yard (right underneath Proud opposite the Cereal Killer Cafe), is bright and simple, and actually smaller inside than it looks from the outside. It serves more of the same, as well as giant 22” whole pies.

The surprise is that the signature thin and crispy bases are a pleasing antidote to, say, Franco Manca‘s more doughy versions: and buying by-the-slice means you can try three or four different toppings, if there’s a couple of you.

We tried the ’Shrooms (all are £4) first, with roast squash, taleggio cheese and red onion, while the Captain Beefheart sung more loudly still with its powerful notes of spicy beef, mascarpone and broccoli. The Porky’s was laced with obscenely meaty chunks of Cumberland sausage, matching the creamy acidic qualities of stilton.

And we were curious about the Queen Vegan – a popular choice on account of its cheese-free combo – but as it was sold out, opted for the similar Green Velvet, bursting with plump olives, sunblush tomatoes, pesto and, being vegetarian not vegan, mozzarella. A side of slaw (£2.50) tasted positively healthy, its percentage of red cabbage to mayo very high indeed. Yay.

When in Voodoo’s, wash it down with a cocktail: a Pink Rose (£8) was a touch on the sweet side for my palate, as you’d expect from gin, rose petal liqueur and lychee juice; much better was a Camden Pony (£8), with exactly the right balance of raspberry Absolut, fresh citrus, strawberry puree and ginger beer.

Overall, though? It’s a bargain-priced and damn tasty fast lunch option – or quick dinner, if you’re catching a gig at the Roundhouse, or the brand new Camden Assembly opposite.