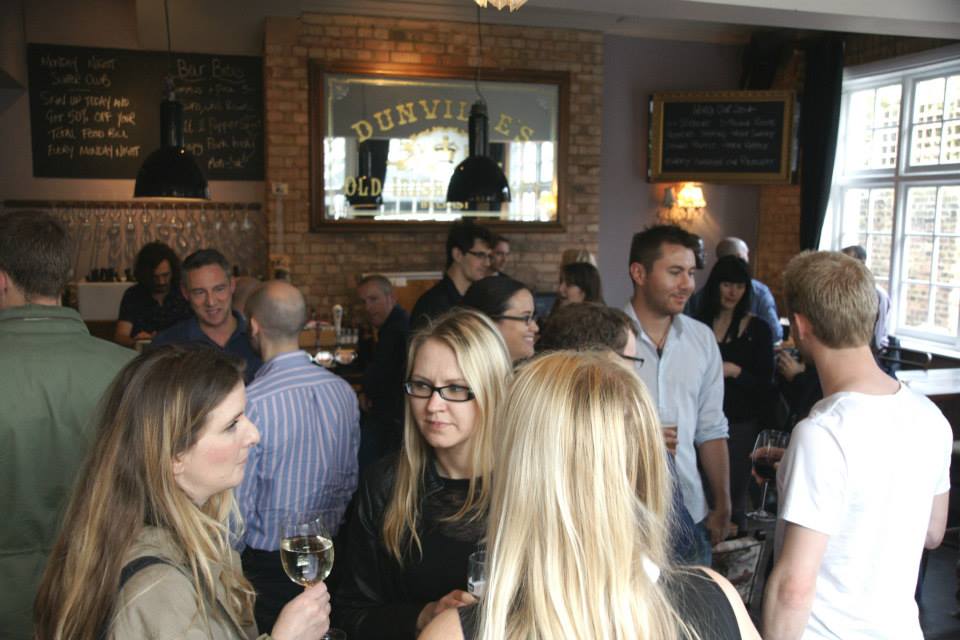 What does the ‘n’ word actually mean? It’s a question you might well ask. Normally I bluster through a vague explanation that it’s like ‘a night meeting for work.’ So why does it have its own moniker? The answer lies in what we’re aiming to do, which is meet people we don’t know and get something from them. Which it is why networking can be so hard; disingenuous, even.

Normal work nights out consist of drinking too much and telling secrets to people you say hello to on the stairs between the canteen and toilets. There’s no pretence that you’re there because the boss has put her card behind the bar. But with networking, everyone in the room is a stranger and each one has the potential to help you meet your targets/grow your business/know someone useful.

But it can be random. The other evening, I approached the door, with its useful ‘Networking This Way’ sign, and greeted a woman, hand outstretched, ready to do business – until peering at her name badge I realised Leslie works in HR at a shoe shop and was no use whatsoever.

The inexperienced networker might spend forty minutes or more with Leslie in a silent and internal rage, listening to stories about rubber soles and berating themselves for having neither the vocabulary, tools nor gumption to tell Leslie to back off. It is for this reason there are so many ‘how to network’ networking events; crash course evenings to learn the basics, a combination of training and immediate implementation.

“How to escape a conversation is the question I get asked the most,” chortles trainer Brian, when I ask. Apparently the answer is to wait for a natural pause in the conversation, touch Leslie lightly on the arm and say, “I just need to speak to so and so over there.”

In practice, nothing you say on the subject of leaving after forty minutes of verbal onslaught will sound anything but rude. You may as well just say you need the loo. You both know what you really mean. 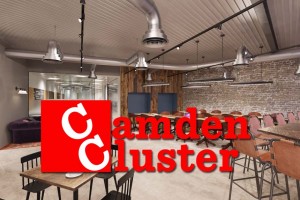 Camden Cluster returns this Thursday, 25th February, at Worklife, 13 Hawley Crescent, NW1.
Register for a free place now. Worklife is a co-working space in the heart of Camden that now offers on-demand access to their state-of-the-art office space from £3.50 an hour.

“We’ve taken the best parts of Uber and Oyster Card and applied them to the world of work,” says David Kosky. “We use a contactless ‘tap in and out’ system, so you only end up paying for the time you are actually in the space, down to the minute. Then, when you leave you get an email telling you how much you spent that day.

“When we opened in Camden we met so many local freelancers who were struggling to work from their kitchen table or a noisy coffee shop. We knew that by creating a super-flexible, affordable alternative we’d be catering for a growing demand right on our doorstep.

“We provide that by offering a professional, distraction-free space with super-fast wifi and all the facilities (including unlimited coffee) and access to all the social events for potential contacts and collaborations.”

Email info@work.life or call 02038299521 for info and to organise a tour, and sign up for Flex Membership at members.work.life

Evenings spent networking can fluctuate between life-reaffirming and soul destroying. It’s all about the crowd. I have spent many evenings alone by the buffet bar, basically eating my tea, downing two glasses of red and then going home.

Then there are the evenings where no-one talks about work. People discuss James Bond, books, music, telly and laugh a lot. And these are the folk who not only make networking fun but take your business card and call you up to talk more, this time about business.

Networking is supposed to be about selling your wares, but you shouldn’t. You should just go and have a laugh with people you don‘t know – but who you might just get on well with.

1. Don’t stand around staring at your phone with a furrowed brow – everyone knows it’s not an emergency email and that really you’re not very good at talking to strangers.

2. Do make the first thing you say to people be nothing about work – people are far more engaged if you talk about something else, even if it is only to comment on the canapés.

4. Don’t let your mind/eyes wander while someone is talking to you – it is the biggest networking faux pas. If you don’t want to be with that person you shouldn’t have got engaged.

5. Do/don’t get drunk. If everyone else is it can be quite a bonding session, but it doesn’t look good if you’re the only one.