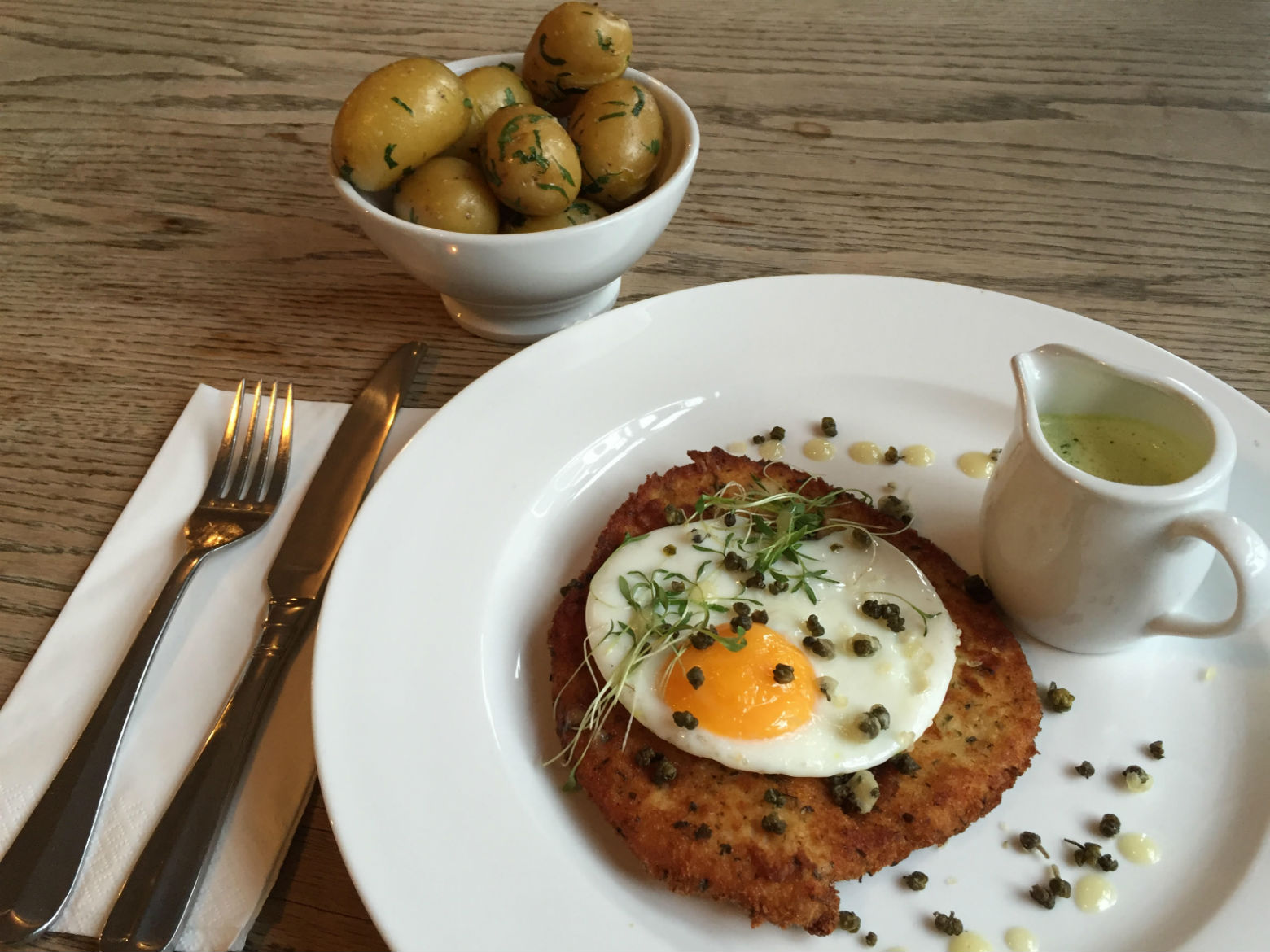 Since this week we’re celebrating five years of Kentishtowner I had to write something about the backstreet food pub that’s been around nearly as long as we have.

Why? Well, the three young owners – Ross, Angus and Crusoe – opened their doors just about the same time as this title started to take off.

Our early review in January 2012 of talented young head chef Dorian Kirk’s menu was one of our first ever raves. We loved the blood-red onglet with bone marrow butter and horseradish slaw (“a recession-busting £9.50”), but it was the superior pan-roast gurnard with kale, roast cauliflower, fennel butter and potato dumplings that landed the pub our first ever 9/10 rating.

The pub was, we concluded, “a marker of culinary change sweeping across the neighbourhood”. And this prediction came to fruition later on in 2012 with a slew of energetic openings like Chicken Shop, The Grafton, Camden Town Brewery, The Fields Beneath and Shebeen underneath the Kentish Canteen.

Find out more about video ads for your business
Dorian Kirk soon left the Fawcett and was replaced by equally talented ex-Gordon Ramsay chef Andy Evans, who had a nice line in bass with foraged herbs, or sole with prawns in burnt butter.

In fact, he went on to give the pub its highest profile yet, bagging the team a prestigious Observer Food Monthly award for Best Sunday Lunch. And you couldn’t really argue with that: his rare Herefordshire beef, root vegetable mash, red cabbage, kale and potatoes roasted in duck fat was indeed mouthwatering. And packed the pub out weekly.

Now at the helm is Rupert Davis, who also heads up the food offer at the boys’ second pub, the Smugglers’ Tavern in Warren Street. We’ve eaten from his lunch menu a couple of times in the last month and still the quality of the cooking impresses. A chicken schnitzel with a cute jug of watercress cream was given edge by crispy capers – and extra creaminess from an explodingly orange fried egg. Another dish of roast hake with clams and smoked bacon felt like a classic Fawcett dish, with balanced smoky, meaty and creamy notes, and well-priced at £15. And a side of lemon and herb potatoes tasted somehow more delicious than they should have. But if you’ve still yet to try the Fawcett and want a “no-risk” dish try their handful of lunchtime specials priced at £7.50, such as a steak sarnie or ham, egg and chips. The other day I scoffed a big, healthy plate of coriander-spiced squash with kale, chick peas, cracked wheat, yoghurt and toasted almonds. Delicious: and perfect to absorb any seasonal excesses, too, in fact.

Since the Fawcett opened, the dining out landscape in the immediate area has improved, with excellent nearby competitors like Casa Tua, Anima e Cuore, Pit Stop, Two Doors Down and even Pritchard & Ure, the quality new cafe at Camden Garden Centre.

But long may this earlier pioneer last.

This is box title
There’s also a huge list of gins available, as well as the usual wines and beers. Lunch from £7.50. Starters from £5, mains £9.50-15. Find the Fawcett at 1 Randolph Street NW1, and follow them @colonelfawcett