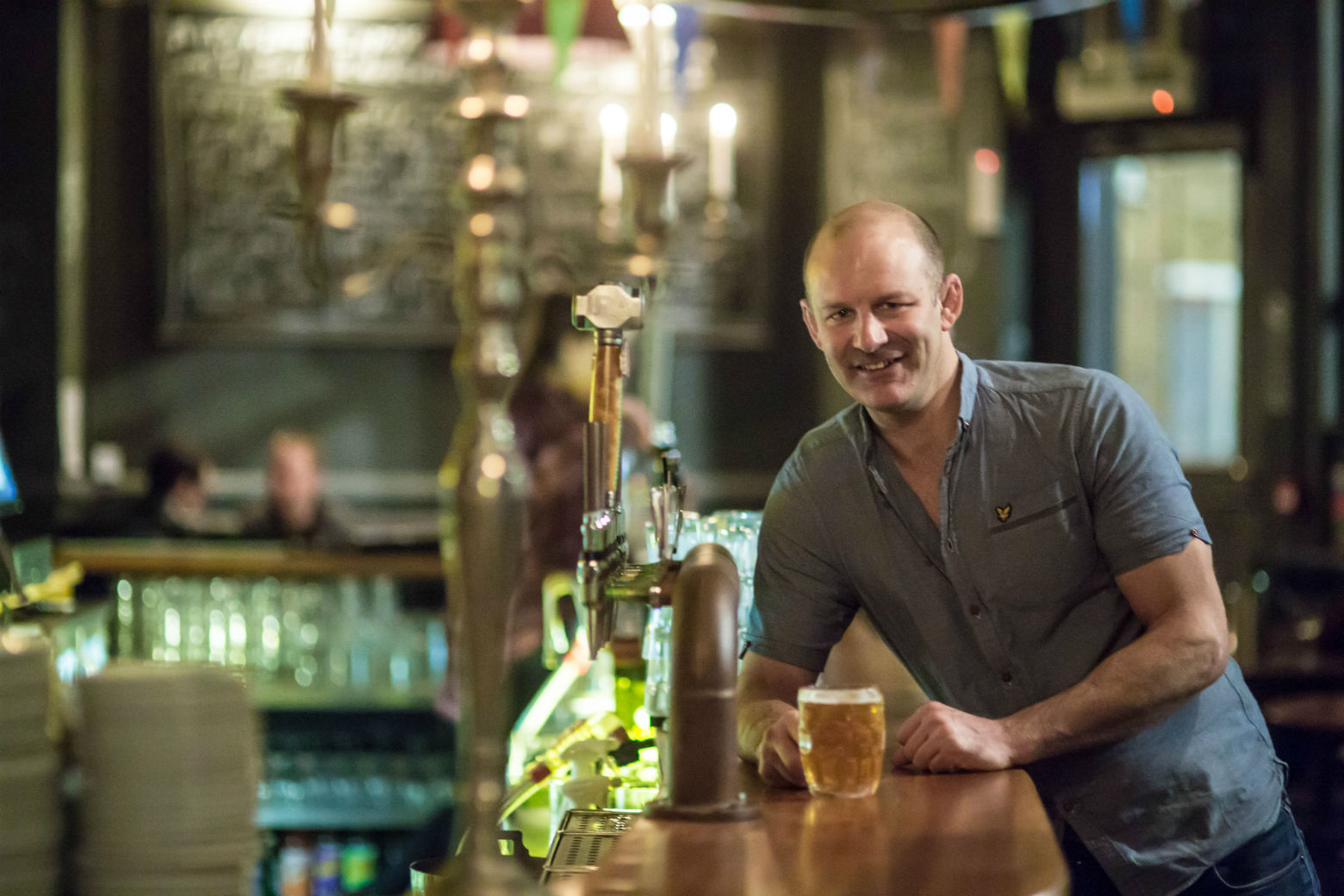 Where did it all start?
We travelled alot when I was growing up, everywhere from Kingston-upon-Thames to North Yorkshire, Somerset to the Middle East. And I’ve always been in hospitality.

What it’s like running a local in 2015?
Guests are more knowledgeable, standard-demanding, more female – and not as alcoholic. Seeing the Stag go from a small run-down pub to a vibrant local with packed beer garden all summer has been great. We’ve even taken bookings from Sydney: a Qantas pilot sometimes likes to reserve a cabana before he sets off to London.

What do you do that’s different?
We are one of the only pubs that give table service at all times, all tables.

What has been the biggest surprise in your career as pub manager?
That after so little sleep my mother still recognises me.

Tell us the one about the rock star.
One day a very famous musician and posse descended which turned out to be a drinking session before a big media announcement. Fast forward to home time and as they left I remember he had an outstanding bill for £70. (The PA had picked up the other part of the tequila bill.)

I asked the star for some money. He had none. A family member of his then gave me a 100euro note, which sort of covered it; better than nothing. The door shuts and then it re-opens with Rock Star coming over to me: “Hey man I just worked it out,” he says. “You owe me a tenner change!”

So who is the most famous face you’ve served?
Steve McFadden, out with Minty. In fact, no: he’s probably not the most famous I have served, but it was a surreal moment when they ordered their pints. And I waited for the EastEnders drum roll when they left.