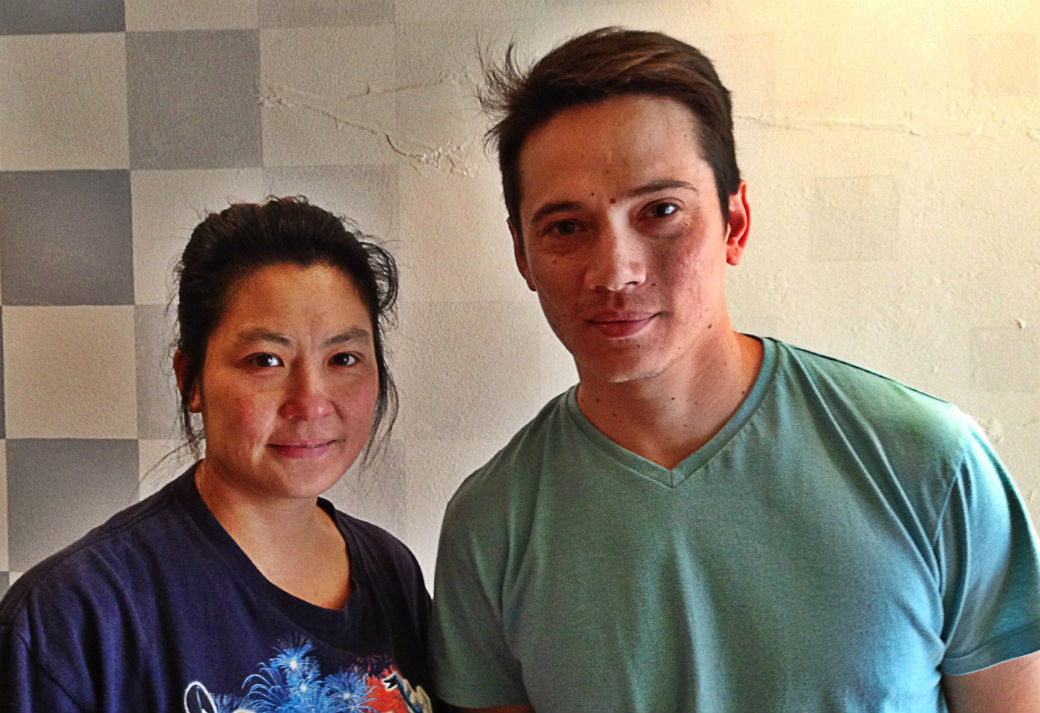 Since we pass it daily, to and from the office, we’ve watched an intriguing new restaurant take shape recently.

And today we can reveal that it’s the first permanent home for another Soho institution, the Pitstop Cafe.

But what exactly is Pitstop? Something of a streetfood innovator, that’s what. The original Berwick Street cart appeared back in 2008, the brainchild of Carol Wong (pictured below), whose father-in-law owns the Four Seasons in Queensway, home to the “the best roast duck in the world” (according to some critics, anyway).

Carol’s Soho stand quickly built up a following, cooking Cantonese food to order, with word spreading that they served the tastiest duck fried rice in the capital – as well as a fine pan-fried bass.

Sounds mouthwatering. And the joint’s looking stylish too: a quick snoop around the interior this afternoon revealed a rustic, recycled feel with distressed woodwork aplenty.

The grand opening date is currently set for October 18th, although they’ll be going “soft” from Oct 4th. So watch this space.