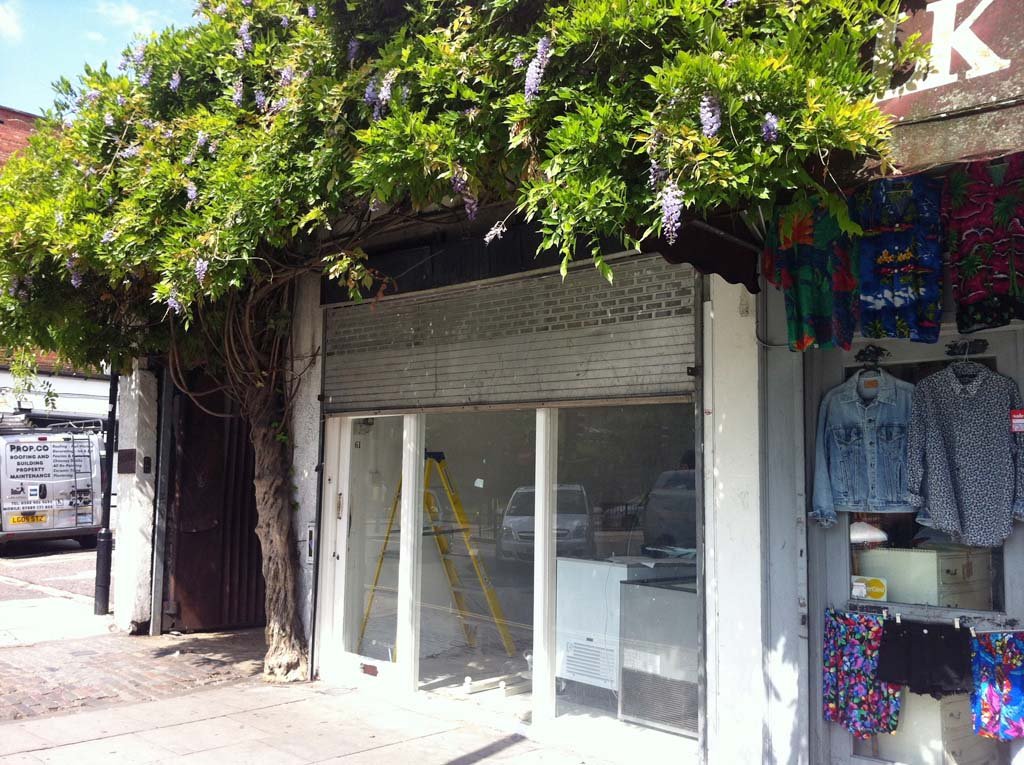 For 83 years, authentic Italian gelato and fruit sorbets have been made and sold at the foot of Haverstock Hill. But now economic forces and urban regeneration are bringing that chapter to a close.

The name Marine Ices is forever interwoven into the history of Chalk Farm and the wider story of this part of London’s role in introducing ice cream to the UK for the first time. Italian immigrant Gaetano Mansi started selling his then ground-breaking sorbets from a shop right here in the early 1930s, and generations of his family followed suit.

You can read the full history of his family business here, and view the comments section for a taste of the unrest that followed its apparent sale to Ponti’s in May 2012.

Locals weren’t entirely convinced when ice cream production was quietly switched from the famous Chalk Farm factory to Myatt’s creamery in Suffolk, let alone when the interior – famous for its celebrity diner signatures on the walls and retro parlour stylings – was given a dull refit.

Well, now the entire operation is to close, with the ship-like building that lent the Ices their nautical name to be flattened. However dramatic that might sound, the good news is that Marine Ices will continue to be served just a few doors down the road.

Current owners the Myatt family – who it turns out bought the manufacturing business, rather than the restaurant itself (with Ponti’s in fact hired to manage the remainder of its lease) – today reveal that they will open a new parlour under the lovely old wisteria tree at number 61 Chalk Farm Road. They won’t be doing the pizzas and pasta of old, but focusing on the gelatos, sundaes and shakes, plus quality coffee.

With the food offering feeling decidedly dated on our last visit, (at least by London standards, if not, unfortunately, those in many parts of the mother country), nostalgia aside, this is probably a good move.

“We recognise just how popular Marine Ices is in Camden,” says current MD Paul Myatt, “it`s been part of the local community since the 1930s, and many people who have been visiting the parlour since their childhood now bring along their children. When we heard the original parlour was going to close we felt we had to step in to save this much-loved institution.” However, he won’t admit whether he knew about the building’s redevelopment before they bought the business.

The new location opens this Saturday, August 23rd, so you can, perhaps, carry on those indulgent family traditions for (hopefully) generations to come, even if that requires a shuffle of a few steps in the direction of Camden Town. “Our simple ambition”, says Myatt, “is to ensure that north Londoners can continue to enjoy founder Gaetano Mansi`s fabulous ice cream.”

He said it. Meanwhile, the original outlet remains trading opposite Chalk Farm tube until next month.

This is box title
Find the new Marine Ices at 61 Chalk Farm Road, open daily from 11am-10pm. And let us know what you think of this new era below.