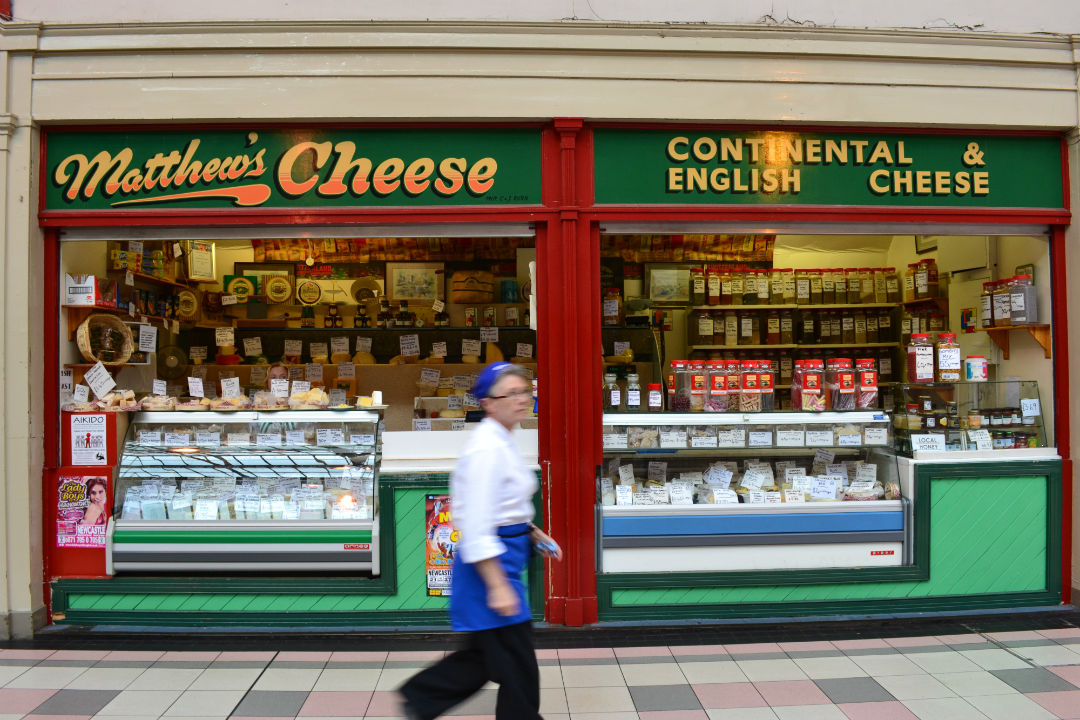 “There are only three places to eat in Newcastle,” sighs Paul, who works in sales, his partner Liz nodding sagely next to him. We’re at a pop-up dining event on the rooftop of Fenwick’s department store, part of the annual EAT! Food festival. Hungry punters are crammed round a long thin table with views over (Earl) Grey’s Monument and the hills beyond, smoke from the barbecue wafting over, the late evening sun splashing across the rooftops. And we’re chucking back Cotes De Provence like we’re in St Tropez.

While Paul’s three recommendations are quickly contested by everyone around the table, one thing’s for sure: people discuss the food scene here as passionately as anywhere else, well know local chefs’ names like David Kennedy (Biscuit Factory), Andy Hook (Blackfriars) and Terry Laybourne (Cafe 21) all bandied about with zeal.

In the mid 90s, when I was at studying English literature in the toon, it was lively, arty, a little rough around the edges. I’ve returned regularly, enjoying the giant changes (the Baltic gallery, Sage, Millennium Bridge) while writing travel features on upcoming areas like Ouseburn. And yet every time I come back it’s a surprise: for example, today we’re staying in a swanky New York-style boutique hotel called Indigo, bang in what they now call Grainger Town, the Georgian quarter freshly scrubbed and revived: blink and it could be the backstreets of Clerkenwell. Nearly.

And so with this overflow of personal history, an invite to check out the seventh EAT! food festival was irresistible. Of course, for Londoners, it’s not doing anything new – think pop-ups, “secret” dinners, streetfood markets, foraging events and so on – but the sheer scale and length of the event (a fortnight) is impressive. Heck, it even has its own fringe.

Find out more about video ads for your business
We pick a trio of events to attend. The first, the aforementioned “Naked” Feast on the roof-top, is a banquet prepared by three young chefs, all under 30. Mojitos sucked out of jam jars set the tone, as does a vinyl soundtrack of 70s funk from DJ Gayle Roberts, and everyone is super-friendly, knocking back the vino.

And the food? Well, artisan bread is torn and handed round, a huge loin of the pinkest, most delicate salmon calved up, and a Moroccan slow-cooked shoulder of lamb distributed feverishly. Less impressive? An antipasti board of mozzarella, tomato, salad and cured meats (a little bland, the ingredients too fridge-cold), but the spirit of the event is why we’re all here. And wine is matched well with each course, generously topped up as much as we like, and before long we’re downing Negronis with new found friends Paul and Liz at Popolo, a stylish cocktail bar just down the road.

The following night is quite different. A cab takes us to a secret “paladar” on the leafy suburban outskirts of the city in Gosforth. This is one of twenty or so “fringe” events over the course of the EAT! festival, allowing home chefs the chance to cook for a table of strangers. And it’s about as Come Dine With Me as you could imagine: think shag pile carpets, cream leather sofas, net curtains, a table laid out in the conservatory. And while our host Gunther’s Swiss-themed meal was not entirely successful (a creamy leek and rocket soup, and tasty duo of desserts being the clear winners), the assortment of diners was what made the night a hit: from a postman to supermarket checkout worker, foster carers to medical students, everyone quickly bonded into a noisy group with much hugging as we piled out into the chilly night.

“All mushrooms are edible, some only once,” deadpans our guide Miro Bernard the next morning as we meet for a spot of foraging at the Rising Sun Farm in an unseasonably chilly Wallsend, a fifteen minute drive out of the city. Under grey skies, the charismatic Czechoslovakian talks us through the basics, and we learn how to pick and cook elderberries, hawthorn, dandelion, nettle, rose hip, crab apples and sloe gin.

But the group really comes alive when we reach the woods and start on the mushrooms. Soon everyone is slicing the correct saffron milk caps and identifying the toadstools and fly agaric varieties. There’s a buzz in the air as notes are scribbled, images snapped on phones. Back at the farm, we gobble a simple lunch of wild garlic and nettle soup, fried mushrooms with home-made bread, and bramble cake.

But hang on, what actually were Paul’s top three restaurants? Click to page two for reviews of two (Cafe 21 and the Broad Chare). And as for the third? It was a local Italian in Gosforth. Or was it Jesmond? Or that little place on the quayside? They couldn’t quite agree…