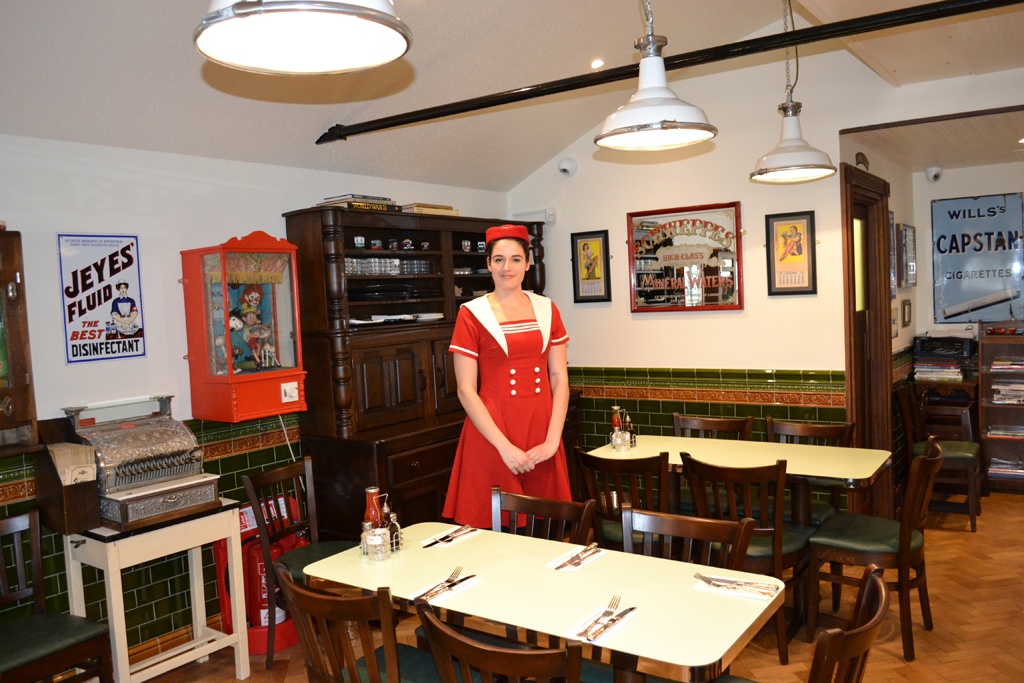 One look at the place reveals the scale of the ambition. It’s been completely transformed, with original fixtures and fittings throughout. But what's the cod like?

Poppies caused a bit of a sensation when it opened near Spitalfields a couple of years ago. Fish ‘n’ chips, that old take away classic, re-presented with lashings more style and carefully sourced ingredients.

In the bubbling London foodie climate, it was an inevitable launch, successful too. And now a second branch has just opened. There was plenty of local buzz online at first news of the restaurant coming to Camden Town, as much for the promise of 1940s theming as for top quality fried fish.

The site, on Hawley Crescent – one similar to that of Pizza East on Highgate Road – has seen a succession of lacklustre operations try and fail over recent years, so there’s genuine excitement that Poppies is going to be the one that sticks.

And one look at the place reveals the scale of the ambition. It’s been completely transformed, with original fixtures and fittings throughout, from classic Underground station tiling to salvaged MOD pendant lights.

A Wurlitzer jukebox stands effortless on the ground floor while, beautiful in a different way, heavy-duty Thomas Crapper loos grace the toilets. Hand-painted murals on the walls offset the genuine 1940s signs and pictures, while the waitresses swish around in sharp cut, period uniforms from Camden Lock Market.

Sourcing things hyperlocally has been of paramount importance to the Poppies team, as they told us over lunch, with ices from Marine and bottled lagers and ales from Camden Town Brewery. Their first branch had the vital authentic factor via owner Pop’s East End fish frying roots. For the move into Camden, the market, music and industrial heritage has been the focus.

In fact, the only key non-local ingredient is, unavoidably, the fish. This comes direct from prized third generation firm T Bush of Billingsgate. The classic cod (£11.90 or £13.90 for large) was light, fluffy and very plump beneath its thin and crispy batter. Haddock (same prices) was equally fresh, if less of a texture sensation.

A sprawling Hot Seafood Platter, bearing a selection of battered whitebait, calamari, scampi and cod ‘bites’ was a decent scran, but we preferred the purity of the single fish with – of course – a mound of pitch perfect chunky hand-cut chips and a couple of sides.

All fish can be served grilled too, making this potentially the healthiest of the posh fast food options clamouring for a piece of our waistlines at the moment. A short but well-chosen drinks list sees almost all the wines available by the glass for under a fiver, while the soft drinks are all of the heavy glass bottled variety. The six seat bar tucked at the back of the ground floor had potential as a fun, if hectic, cocktail stop off on the Camden drag too.

The 1940s touches are fun and have been lovingly incorporated everywhere by cool K-Town design team Avocado Sweets, yet, squint as we might, the biggest aesthetic barrier to total immersion in the past is of course the modern curves of the building itself.

The living room area, where live music – another Camden-specific touch – is played on Fridays and Saturdays remains, at least for now, as a rather simple stage in front of a sheet glass window. We’re sure the vibe will bed in over the coming weeks, especially with the MTV monolith next door.

A cleverly separate take away operation next to the main restaurant (check the vintage cinema seating on which to enjoy it out front too), means this opening appeals on many levels, certainly not just to fish supper-seeking market tourists. Locals will appreciate the real quality of the food, the impressive interior and all the little touches, such as the bespoke newsprint packaging.

And Camden has just got itself a brand new micro music venue too.