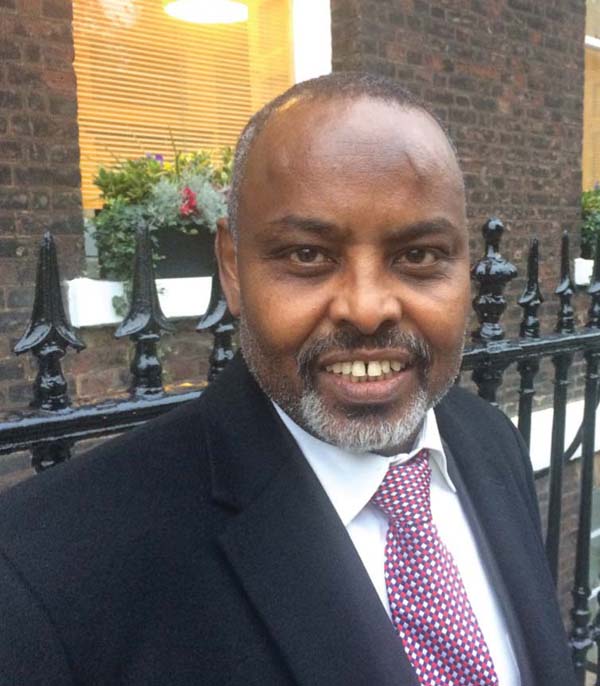 Who was Tarzan of Kentish Town?

“When you hear the word ‘Somalia’, you might think of pirates, or terrorism, or famine. Or perhaps the many Somali communities that have spread across the world, not least in the UK,” says BBC foreign correspondent Andrew Harding.

In his book, The Mayor of Mogadishu, he digs behind the headlines to reveal the extraordinary story of a Somali nomad turned orphan – nicknamed “Tarzan” – who eventually sought asylum with his family in Britain for twenty years.

He then left his wife and children here to return “home” to the ruins of Mogadishu to help rebuild the city as its new mayor. But what is it like to straddle two countries?

In this excerpt, Tarzan’s wife, Shamis, and their children are settling in to the unfamiliar world of Gilden Crescent, just off Queen’s Crescent.

“At home, Tarzan’s children were turning, effortlessly, into Londoners, with strong local accents and only a hazy idea of the country they’d left behind. It was strange to hear their father talking so earnestly about Somalia, about the orphanage, and basketball, and how he would like to be buried there one day. From their British perspective, they imagined it as somewhere backward and grim, and asked ignorant questions, and laughed when their parents talked nostalgically about going out to the cinema together in Mogadishu.

“We’d be cracking up!” says Abdullahi. For years, Abdullahi was a difficult, hyperactive child. At home, after school, he would crouch behind the television set mixing flour and oil together on the floor, then pelting his older brothers and sisters.

“I swear, if I had this child I would either kill him, or kill myself,” said the lady next door. Tarzan sometimes felt almost the same way—“Believe me, he was crazy.” Shamis was more patient, but still, she admits, “Abdullahi was DIFFICULT! I could not sit when he was awake.”

The oldest boy, Ahmed, had the occasional run-in with the police. “He could be a little bit rude,” Shamis concedes. But Mohamed was quiet and earnest, and all three girls were thriving academically.

All six children went to the state primary school in a stern Victorian building just down the street. Shamis had become a support teacher there, helping other Somali children who had arrived more recently to master English. She organised coffee mornings for the new parents, explained the local bus routes and the welfare system, and still struggled with the rent on their council flat.

London was growing on her, and she was good at making friends. Even the local drug gangs—Somali or otherwise—would leave her in peace now that they started to recognize her from school.

Years later, I’m sitting outside a café in north London with Abdullahi and his big sister Ayan. He’s now a gangly, charming, scatterbrained, information technology graduate looking for a job. She’s taking a lunch break from the private clinic nearby where all three of Tarzan’s daughters—all university graduates—now work. Ayan has her father’s almond eyes, a neat black hijab covering her hair, and a quick, warm laugh.

“I’ve always been a daddy’s girl!”
“He spoiled you,” Abdullahi teases, and then adds, “Mum used to spoil me.”

They talk about the camping trips that Tarzan would organize through the Somali Speakers Association for families that couldn’t afford holidays. A different place outside London every summer. As a teenager, Ayan used to help out. Abdullah too, but he says he didn’t have any Somali friends when he was growing up. Only in sixth form.

“Somalis always used to call me ‘white boy’ cos I only had, like, white friends!” he says, and with that, perhaps inevitably, the conversation veers toward the subject of clans.

Both insist they grew up neither knowing nor caring about their own famously small clan. Abdullahi says he found out about the Udeejeen when he was a teenager but didn’t know where the branch fitted in relation to the bigger clan tree. And it wasn’t until Ayan was about seventeen that some Somali girls started “acting weird and raising eyebrows,” and then one friend said, “why don’t you ask Ayan—she’s from that tribe.”

“And I remember going home that night and asking my dad, ‘am I this tribe?’”
“And I remember my dad laughing, and saying ‘don’t buy into this filth.’”

By now, Tarzan seemed settled in London. Not as much as his children or Shamis, perhaps. But he was certainly busy. He still preferred to walk everywhere, and I can picture him weaving briskly through the regular Thursday market in Queen’s Crescent, a well-known figure heading off to a management meeting or to check up on the internet café he’d set up on the nearby Seven Sisters Road.

The lumpy scar on his forehead came from a fight at the café with some Albanian “thugs” who, Tarzan insists, came off worse from the encounter.

Before long, his ambition started nudging him towards politics. He joined the Labour Party— “I believe in social justice, and I don’t like the Conservatives’ policy on immigrants and non-British”— and he applied to run for a seat on the local council. Things might have worked out very differently if he’d won. But he signed up late and was selected to contest an unwinnable seat. The consensus among Labour activists at the time was that his heart wasn’t really in it anyway; his real focus had begun to drift elsewhere.

Back in Somalia, the years of pure anarchy were ending. A window of political opportunity was opening, and Tarzan could not resist. He felt the tug of home, of patriotism, and perhaps, the nomadic impulse to keep chasing the rains.

But the changes in Somalia were uncertain, and with them came the acute danger that chaos might be replaced by something even more menacing.

This article is extracted from Mayor of Mogadishu by Andrew Harding, published by Hurst, available from Owl, Daunt and other local bookshops.