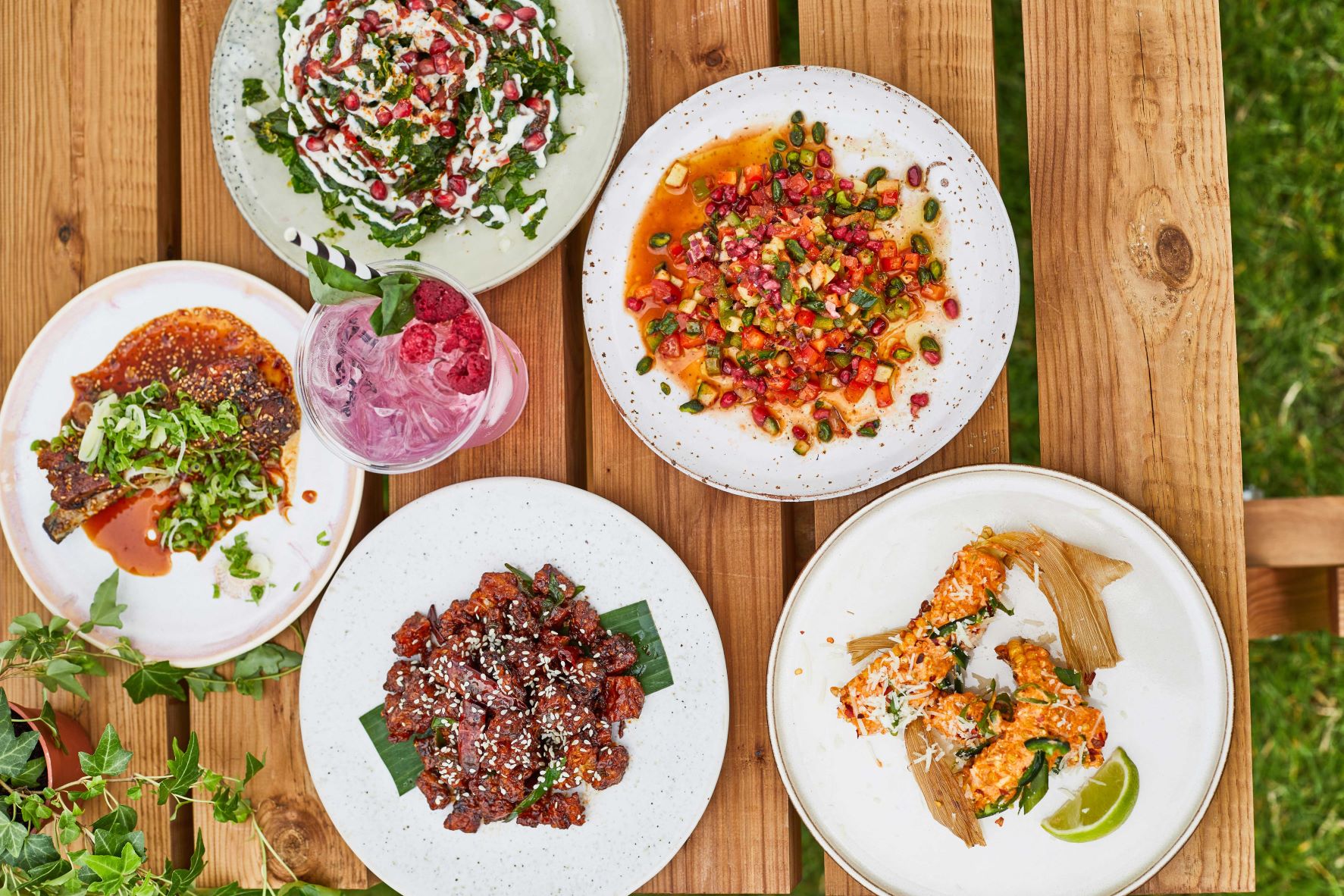 We’ve been round these parts for so long we went to the first ever Taste of London, back in the summer of 2004, at Somerset House. And yes, we remember it clearly: something of a pioneer, its sheer number of stalls and booze outlets alike left us giddy to say the least.

Over the years, we’ve returned again and again to its now long-running home bang in the middle of Regent’s Park. But it’s still hard to believe this week it celebrates its 18th Birthday.

So what’s the skinny this year? Well, there are 36 restaurants, 150 dishes, hundreds of artisan producers and as usual, some of the best chefs and restaurateurs in the capital.

Once again it’s an easy way to embrace different cuisines from around the globe, from Spanish plates at Bibo by Michelin-starred Dani Garc​​ía (the oxtail brioche, which we enjoyed on the opening night, is stunning) to award-winning neighbourhood Italian restaurant Cin Cin. Other faves are Euston’s Malaysian hot spot Roti King, tapas at the iconic Brindisa and everything at Dalston’s Angelina, whose lobster and crab donut, pictured below, is probably the festival’s ‘must-try’.

And some positive changes, too. This year they’ve partnered with Be Inclusive Hospitality, which is on a mission to accelerate racial equality in the hospitality sector. You’ll be able to sample delicious dishes from a host of Black-owned restaurants, including jerk chicken from East London’s Rhythm Kitchen, Brit-Caribbean fusion combos at Wood and Water, and chef Adejoké ‘Joke’ Bakaré’s award-winning modern West African restaurant Chishuru (tip: order the sensationally tender, flavour-packed bavette with yaji and red onion).

Thirsty? The 25 – count ’em – bars include Aspall Cyder House, De’Longhi Coffee Bar (which serves Espresso Martinis), the Mirabeau rose stand and the elegant Italicus spritz garden (our recommendation for a summery cocktail in nice, loungey surroundings). Meanwhile, the Diners Club Cook School provides a stage for the capital’s most sought-after chefs with a focus on “Dine for Change” targeting food waste and sustainability. Another highlight is TV chef and rapper Big Zuu at the Fire Pit with Food Network (the smells emanating from it are mouthwatering).

An epic (and sweltering) 18th birthday, all in all. As we agreed at sunset on our way out, Regent’s Park has never felt more magical.