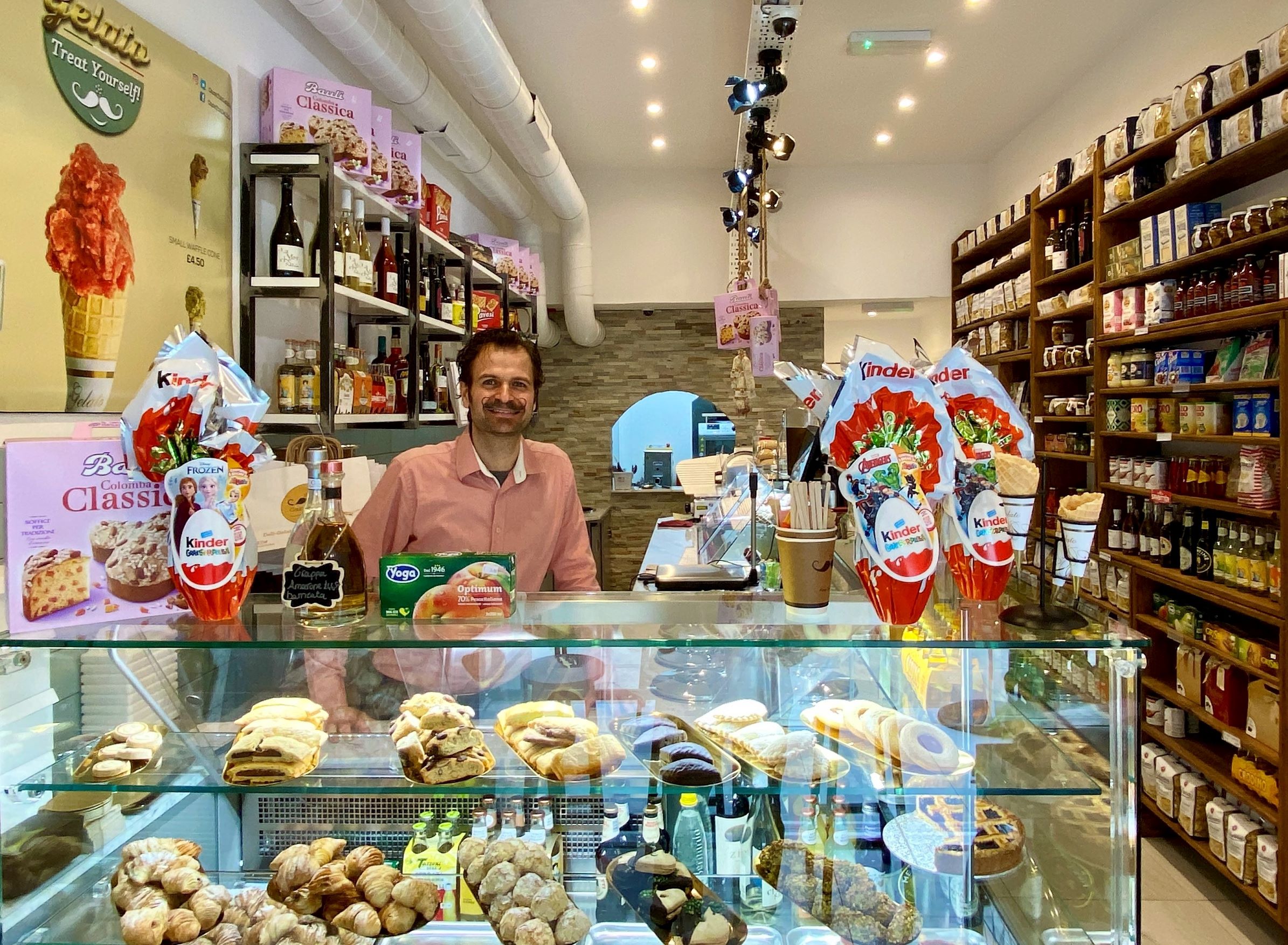 When Casa Tua founder Giuseppe Miggiano first set up his tiny café on Royal College Street nearly a decade ago, it was part of a new wave of exciting local openings that put the emphasis firmly on repeat neighbourhood custom – rather than visitors.

With its laidback Puglian vibes, and quality pasta dishes – not to mention eye-watering selection of Italian aperitifs – it quickly became our personal go-to for a negroni and a bowl of ragu. Oh, and the strong coffee, that’s a real thing when you need a kickstart to the day.

In the last decade, the area has, of course, exploded with dining options, with Casa Tua itself such a smash that a sister branch soon followed in King’s Cross (if you haven’t been, this is our original review).

Like many projects, Delizie, the latest addition to the Casa Tua family, was born in lockdown, and opened at the end of November. “We just thought it would be nice for the neighbourhood to have an Italian deli with homemade pastries and a wine shop,” Giuseppe says, as we sit on high wooden tables open to the bustle of the street. “The idea is to linger with a glass of wine, or lunchtime sarnie, and watch the world go by.”

But more on lunch later. Firstly, Giuseppe guides me round the pastry counter: there’s a mouth-watering selection of fresh profiteroles, miniature almond croissants, mixed berry tostada, pistachio marzipan (perfect dunked in espresso), pastel Napolitano (made from oats and fruit) and a selection of almond cantucci from Tuscany: “They go very well with a dessert wine,” he says, grinning.

Speaking of which, at the entrance is the wine shop, easy to grab a bottle if you’re short of time. “We just keep it very simple: Italian, with a focus on Sicily and Puglia, as well as Tuscany, of course. Some good sparkling too, especially now the spring is coming along, as well as vegan wines, like a Nero D’Avola from Sicily, which is also organic.”

Now that April is here, how about some gelato, which differs, he says, from ice cream “as it’s always soft – and should be served at minus thirteen degrees.” Flavours include pistachio, Madagascar vanilla, chocolate, hazelnut, wild strawberry, vegan vanilla and raspberry sorbet: “You can buy it by the cone, tub – or kilo.”

Don’t overlook the fresh Italian sourdough baked on the premises, and fresh produce counter: delights include briny anchovies, or bright yellow tortelloni filled with savoury mushroom or speck (smoked ham) and scarmorza cheese “made in the King’s Cross kitchen.” There’s also taleggio, pistachio cheese, guanciale (pork), 24-month cured parma ham, porchetta and a delicious-looking Barolo cheese to “have as a dessert with a lovely wine.”

Two special gems worth seeking out are from Giuseppe’s home village of Nociglia in the Apulia region: a golden extra virgin olive oil (pictured above), both produced for three generations by the Sabado family, is available in refill bottles, acidity 0.1%. And a unique honey from the same family, which changes through the seasons.

And if you can’t be bothered to cook there’s the popular “Take Us Home” blackboard (see above, left), listing lasagna trays (for 4-6 people) parmigiana, arancini, polpette meatballs and even tiramisu.

And finally, lunch. A sandwich board lists half a dozen warm combinations, such as ciabatta rustica filled with 24-month aged prosciutto di Parma, grilled courgettes, artichokes and shaved parmesan; or a vegetarian version with taleggio, sun-dried tomatoes and artichokes.

There are also sturdy, buttery toasted brioche buns, particular to Sicily, which include roasted truffle ham, pistachio cheese, herbs and grilled aubergine, and nduja, fior di latte mozzarella and sun-dried tomatoes. I plump for the house signature. Called Ariccia, “after the area near Rome very famous for porchetta”, the pork is slow-cooked for a minimum of twelve hours with rosemary, oregano, pepper and coriander, while a basil pesto adds a herby zing.

In fact, it’s so tasty it feels like a secret neighbourhood must-try. Get it before there’s queue snaking out the door – and, if there is, you can always sip a glass of wine as you wait.

Casa Tua Delizie is open from 11am to 7pm, Tuesday to Sunday at 170 Royal College St, London NW1 0SP. Find out more @casatuadelizie or online here.

This is a sponsored post in association with Casa Tua. If you’re a business wanting to reach thousands of North and East Londoners, please email info@londonbelongstome.com