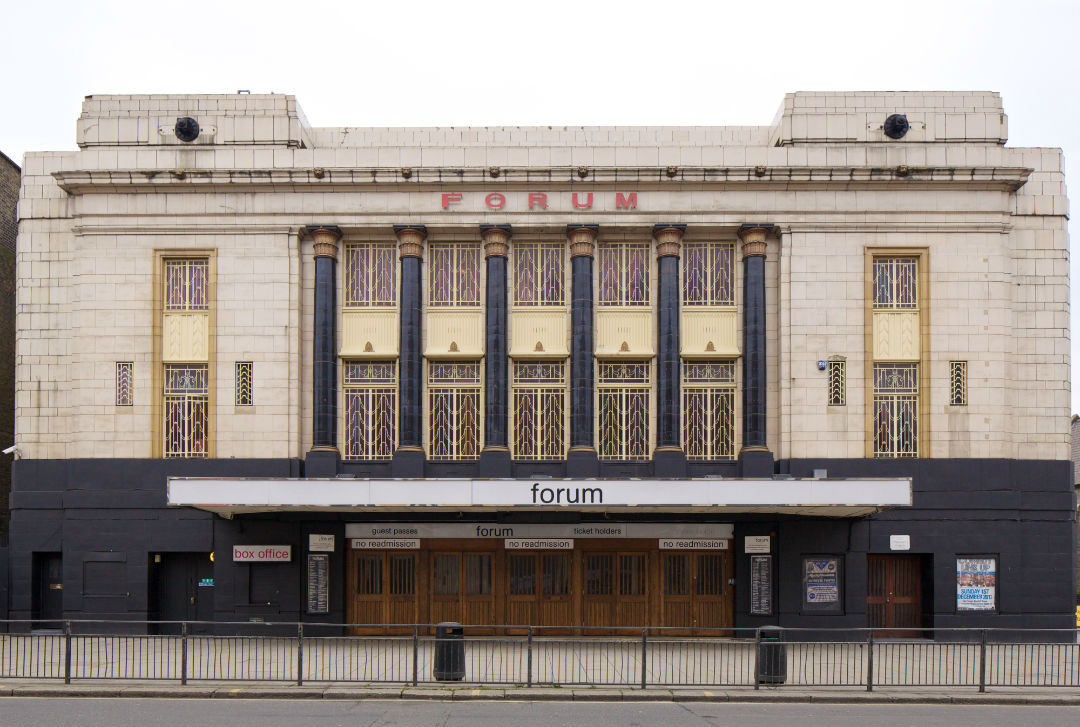 Was there really a link between Mussolini and The 02 Forum?

It’s a popular spot to catch a world-class band, of course (and yep, back open for business!). But what’s all this we’ve been reading about possible links, back in the 1930s, with Mussolini?

We’ll come to that shortly. But firstly, here’s how the building came to be. Back in the early 19th century, o what was then called Green Street (until its name change to Highgate Road in 1864), Upper Craven Place, a row of nine houses, was built by Thomas Greenwood, also the landlord of the Bull & Gate.

In 1934 The Forum Theatre was built over much of the stretch. Seating nearly 2200 people, like the earlier Palace (now a Co-operative) on Kentish Town Road, this Deco cinema was designed by a young John Stanley Beard, known for his slightly eccentric but much-praised style.

The interior, by Beard’s partner WR Bennett, still boasts a series of friezes depicting Roman battle scenes – and it’s these that, over the decades, have proven controversial.

“Rumour has it that they were paid for by Mussolini,” suggests the Camden History Society in their book Streets of Kentish Town, “who donated the money to make the place suitable for a rally by Oswald Mosley.”

Public speaker Mosley had returned from a short tour of Italy in 1931, and founded the British Union Of Fascists. Yikes. Thankfully the rally, as far as we can find out, never took place.

Yet from 1937 onwards, after the Battle Of Cable Street, Mosley’s party was banned in East London (where almost all its support lay) and instead held a march from Kentish Town to Trafalgar Square. And that’s undoubtedly where all the whispers of the Forum’s Fascist associations must have started.

Moseley died in 1980, and was selected in 2006 by BBC History Magazine as the 20th century’s Worst Briton.

But what of the cinema itself? In 1970 it became a dance and bingo hall before being reborn as a music venue – The Town & Country Club in 1985, and The Forum in 1993. I saw my first ever live band, The Inspiral Carpets, here as a teenager: warned by the doorstaff that my underage little pals and I would be “out” if caught with a drink, we nonetheless managed to neck three pints of cider in a crepuscular corner. But that’s another – if somewhat less controversial – story.

Find out more about what’s on at The 02 Forum here. Source: Camden History Society’s Streets Of Kentish Town. Buy a copy from the Owl Bookshop, Kentish Town Road NW5