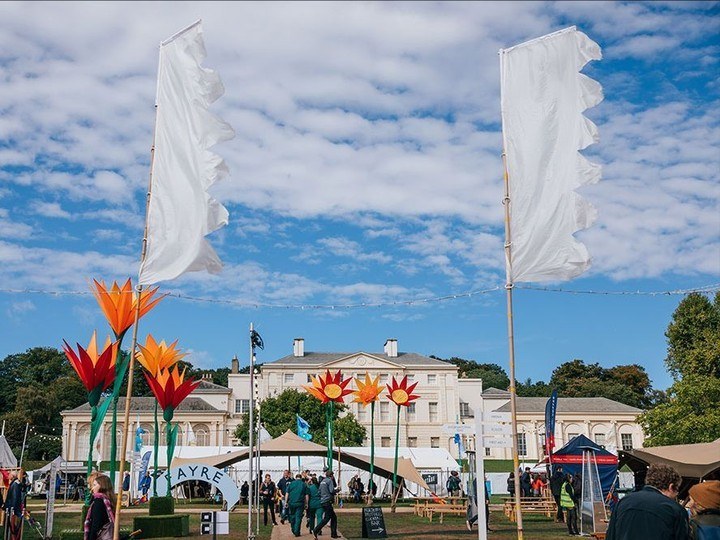 HowTheLightGetsIn brings leading thinkers, politicians, musicians and comedians to a weekend-long bash like no other, set deep in the urban woods on Hampstead Heath

here was no grand plan,” admits Hilary Lawson, the Kentish Town-based philosopher, TV host, author and director of the Institute of Ideas, when telling us about his one-word festival HowTheLightGetsIn, which returns to Kenwood later this summer.

“It just seemed to me rather strange that philosophy was either considered a bit of a Monty Python joke, or was trapped by a very narrow and impenetrable academic definition around logic and the meaning of words, which doesn’t really offer much bite to anyone. So we thought we’d change all that.”

He conceived a festival that borrowed more from Glastonbury than it did from a cerebral lecture theatre, and HowTheLightGetsIn was born at Hay-On-Wye a decade ago. Despite rapidly becoming an annual fixture of the Hay calendar, bringing it to the Big Smoke last year was a big deal.

Kenwood is perhaps the ideal location for this – a space to escape the city within the city, just difficult enough to get to (and from) so that people commit to hanging out for the full day.

Hilary was also keen that is wasn’t one of the usual venues on the status-based usual circuit, to offer a fresh welcome to all-comers, and particularly younger people too.

“The main thing is that it must be a unique experience,” he says. “It needs to change people’s idea of what discussing big ideas is all about, so the combination of being somewhere very beautiful, with the calibre of speakers and headliners we have, can make a connection with those who may think they aren’t really interested in philosophy.”

All in all, there are a mind-expanding total of 50 debates and talks, featuring over 100 of the world’s leading thinkers, plus 40 music and comedy acts across eight stages, too.

“I’d argue that in the age of Wikipedia and YouTube, we desperately need an alternative to the traditional presentation of education,” says Hilary. “We shouldn’t be teaching people things they can readily access online, but rather how to choose between them. And if you create a space where music is drifting in from a nearby tent, the atmosphere is less hierarchical. You encourage more real conversation. We don’t have VIP areas or anything like that, so you are just as likely to be standing next to a Nobel prize winner when ordering your coffee as you are anyone else.”

The apt theme for this year’s festival is ‘uncharted territory’, which includes exploration of our rapidly changing world from the future of sexuality to the fall of religion, the rise of artificial intelligence and the end of the left and right in politics.

“Even politicians now have to describe their philosophy in a way that once upon a time they weren’t,” says Hilary. “We’re promoting a realisation that everyone a philosopher, whether they think of themselves as one or not. We all have to work out what the hell is going on. We can’t just accept what other people say, we can only go out into the world, and try to work it out for ourselves.”