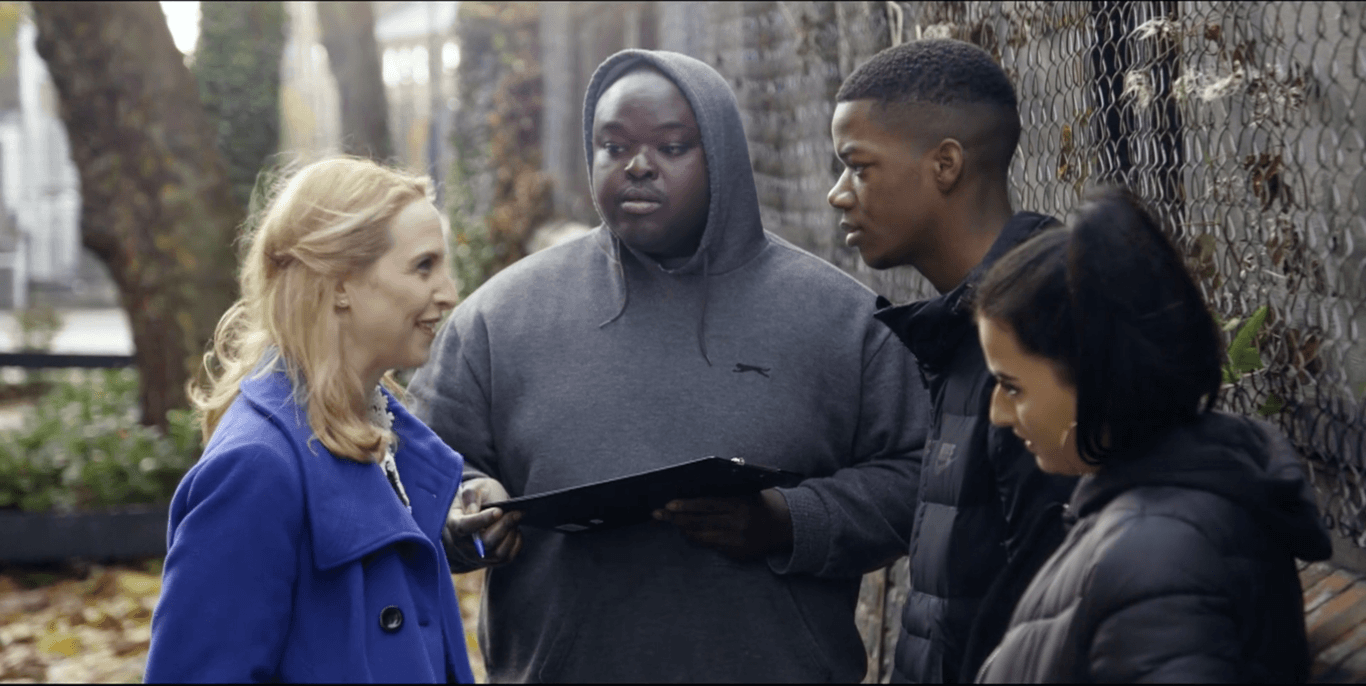 In London alone last year nearly six-and-a-half thousand mobile phones were swiped by moped gangs. Who is behind these thefts and why?

That’s the rather serious question answered lightly (and somewhat irreverently) by this short film, just released on YouTube.

The talented bloke behind it is Steve Whiteley, an actor, comedian and film-maker, who launched his YouTube channel Offkey World in 2014, which went on to be nominated for Best Internet Programme at the British Comedy Awards.

Whiteley wrote, directed (and takes a small part) in this ten-minute short film about a group of moped phone thieves who steal people’s phones because they want to make them “more present”.

The film, which has already had 250k views across social media, was shot around the Queen’s Crescent area. If you’re as familiar with Gospel Oak as we are you’ll recognise nearly all the locations.

“It’s essentially about smart phone addiction,” Steve says. “It follows Jordan and his friends Ryan and Talia on a London estate. Alarmed by the detrimental effect smartphones are having on those around them, they launch an initiative ‘Swiped’, which aims to make people more present – by stealing their phones on mopeds. The idea is to parody real crime documentaries, whilst simultaneously shining a comedic light on a current and controversial subject matter.”

As Londoners all know, there’s too much moped phone theft in every area, so the film is an undeniably quirky attempt to find “a positive and hopefully comical spin”, according to Steve, “which puts young people in a good light.”

And for fans of all things NW5, actor Selom Awadzi (who plays Ryan) grew up in Queen’s Crescent and still lives there with his family.

In short? Swiped certainly makes you think (as well as LOL, of course). And it’s recently been nominated for the 2019 Edinburgh TV Festival New Voices Award – so we’re sure you’ll be hearing a lot more from Steve.