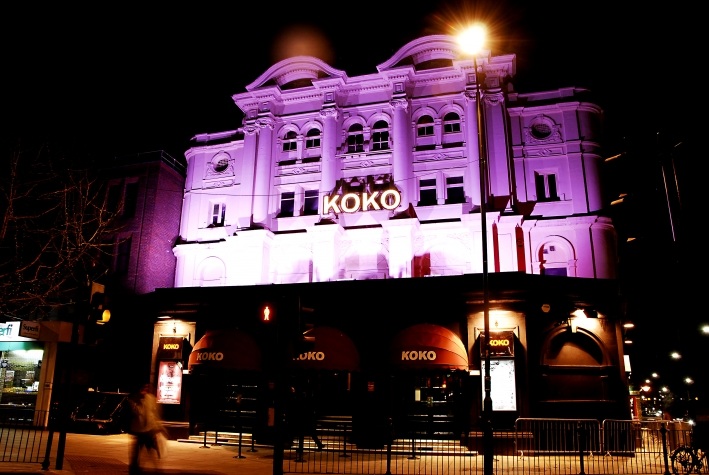 KOKO to close for a year for £40million reboot

Fancy an “immersive retail experience” at Mornington Crescent’s iconic music venue KOKO? No? Well, that’s one of many rather drastic new changes the owners are promising when it relaunches next year.

Before that, the seminal space will close its doors to undergo a major £40million state-of-the-art transformation – opening in spring 2020 as a “world-class music and hospitality destination”.

The redevelopment includes the acquisition of two adjacent buildings (yep, including the former Hope & Anchor pub behind) and a complete renovation of the rooftop area, adding more than 20,000sqft of new spaces, whilst retaining the main venue’s 1,500 person capacity. The transformation will create what they’re ambiguously calling “a social destination”, where high-quality music, food, entertainment, and hospitality come together.

The new KOKO, designed by Pirajean Lees and architect David Archer (Chiltern Firehouse), will therefore comprise six live performance areas, a radio station and broadcast studio, three new restaurants, a rooftop conservatory and a penthouse space where artists can rehearse and record music. Oh, and that rather enigmatic immersive retail experience – guess we’ll have to see how that pans out.

Since its inception back in 2004, it’s undeniable that KOKO has hosted some of the most important live music moments in recent years, including seminal performances from Prince, Kanye West, Red Hot Chili Peppers, Amy Winehouse and Noel Gallagher. Previously, as the Camden Hippodrome, the venue famously hosted shows by The Rolling Stones, The Clash, Spandau Ballet, Blur, Prince and Madonna.

The major reconfiguration comes in the wake of a large number of small independent venues closing or being sold to large corporate organisations. “KOKO has always taken great pride in our innovative approach and we can see that our audience want a 360-degree experience in the future,” says owner Olly Bengough, “and it’s our duty to deliver that, to cut out the unknowns of going to a venue our size, most of which haven’t changed since the 1950s. This isn’t just about offering a music venue. In the Camden spirit of independence, auteur-ship and eccentricity, we want to offer an unrivalled experience.”

Since opening in 1900 it has functioned as a theatre, a variety venue and a BBC studio, hosting show business legends like Charlie Chaplin and The Goons. As a rock venue, the Music Machine, it hosted gigs by The Clash and Sex Pistols before its purchase by Steve Strange and Rusty Egan of the band Visage, who established the Camden Palace as the epicentre of the New Romantics and London’s burgeoning club scene. But as Camden became a mecca for a new generation of clued-up youth and famed for the most visited open-air market in Europe, this grand and great venue did not move with the times. The venue lay derelict until its purchase and transformation by Mint Entertainment in 2005.

KOKO will hold a closing party with a special live act on Tuesday 5 March – full details to be announced on Monday 4 March. It will open its new doors in Spring 2020.