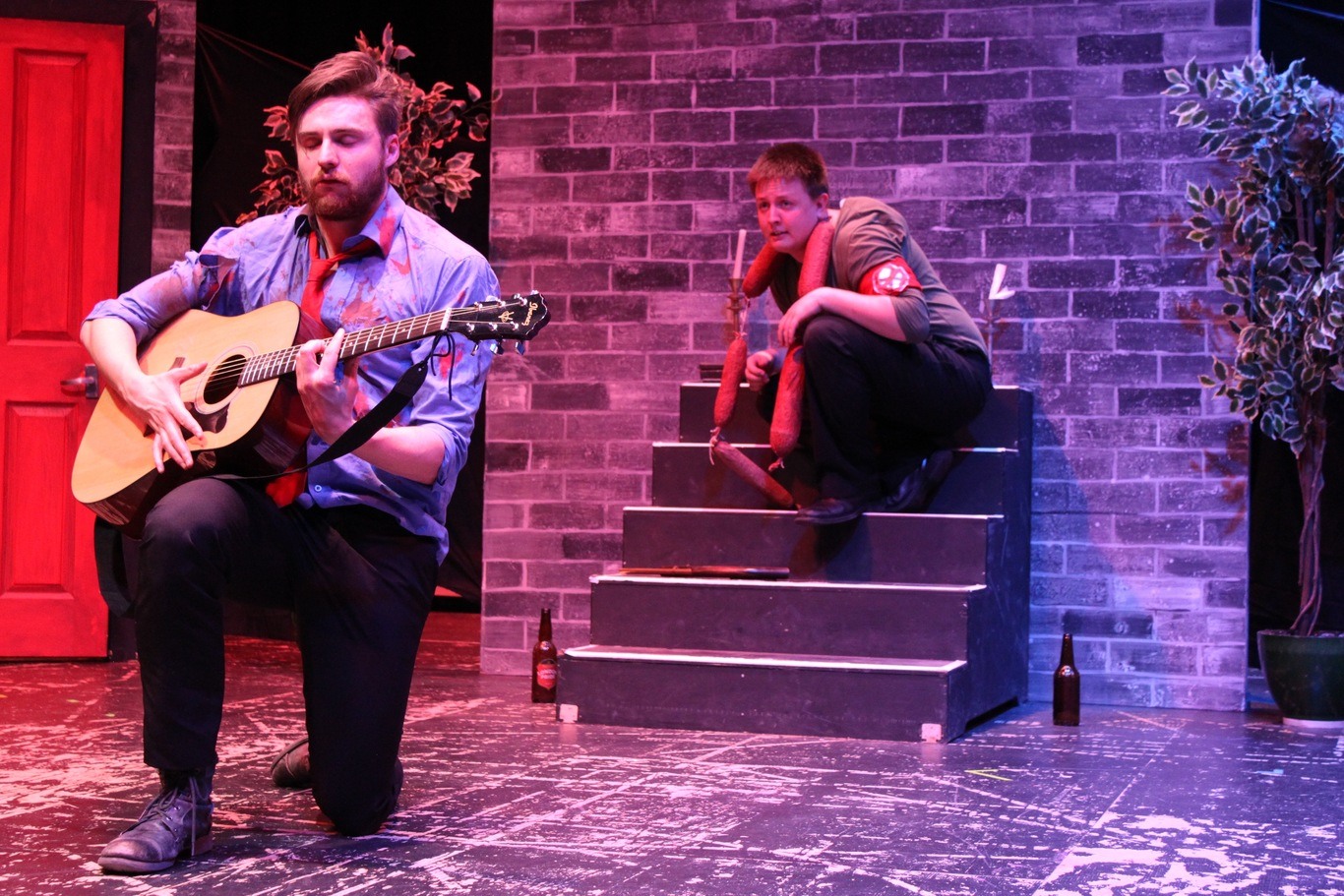 As we all know, there’s a helluva lot of talent in the area. One young comedy fringe troupe to look out for is Archway-based collective 21st Century Cox, led by actor-director Joseph Emms (no relation).

The five-strong gang are in the middle of a two-night run at the Etcetera Theatre above the Oxford Arms, performing an incredibly silly hour-long “horror-action-comedy” called Osric Omand and The Story of Hope.

The surreal Pythonesque story follows the capers of mad scientist Osric Omand (Emms) and his “ex-Nazi caretaker” Hans (Matthew Miles). But don’t go worrying yourself about the plot, which naturally involves vampires, monsters, bounty hunters and robots. It’s a hoot.

From the opening stage combat – the choreographed fight scenes are both well-staged and laugh-out-loud – it’s all very meta, with in-jokes, deliberately un-PC 1970s humour, audience participation and even a gross-out moment or two (sit near the back if you don’t want to get involved).

The good-humoured wackiness is infectious (especially after a beer or two downstairs); and the versatile actors are evidently having a ball, with real chemistry lighting up the cosy auditorium. We grabbed Joseph for five minutes to find out more.

What inspired you to come up with Osric?
I had always been into writing comedy, having been a fan of Python and Blackadder since a young age. It was when I was asked to invent a ‘mad professor’ type character for an immersive event at the New Forest Film Festival (run by Mark Kermode) that I came up with Osric Omand, and from then created the world of The Institute. We’re very self aware of what we are doing, and certainly tongue-in-cheek. It’s theatre for people who don’t like theatre.

What’s your background?
I have a postgrad in acting, which has led me to fringe theatre, independent films and the continuous journey of trying to get through those big doors. The cast comprises of actors who I have been to drama school with, or whom I have worked with on past projects.

What was your intention with Hans?
The character of Hans is always a crowd pleaser, or crowd shocker. The intention was for him to be a symbol of hope: an ex-Nazi who is trying to better himself and reform. Of course this idea offers a lot of comedy. He’s a fun character, Matthew Miles plays him very well, and if we can continue to shock the old ladies in the front row, then we’re doing our job.

When are you next performing the show in London?
After Monday (25th), we’re up in the air for the first time in a year. We’ve decided not to do the Edinburgh Fringe this year due to the costs, but are exploring other festivals and opportunities down south. We hope to perform again in the summer – so watch this space.