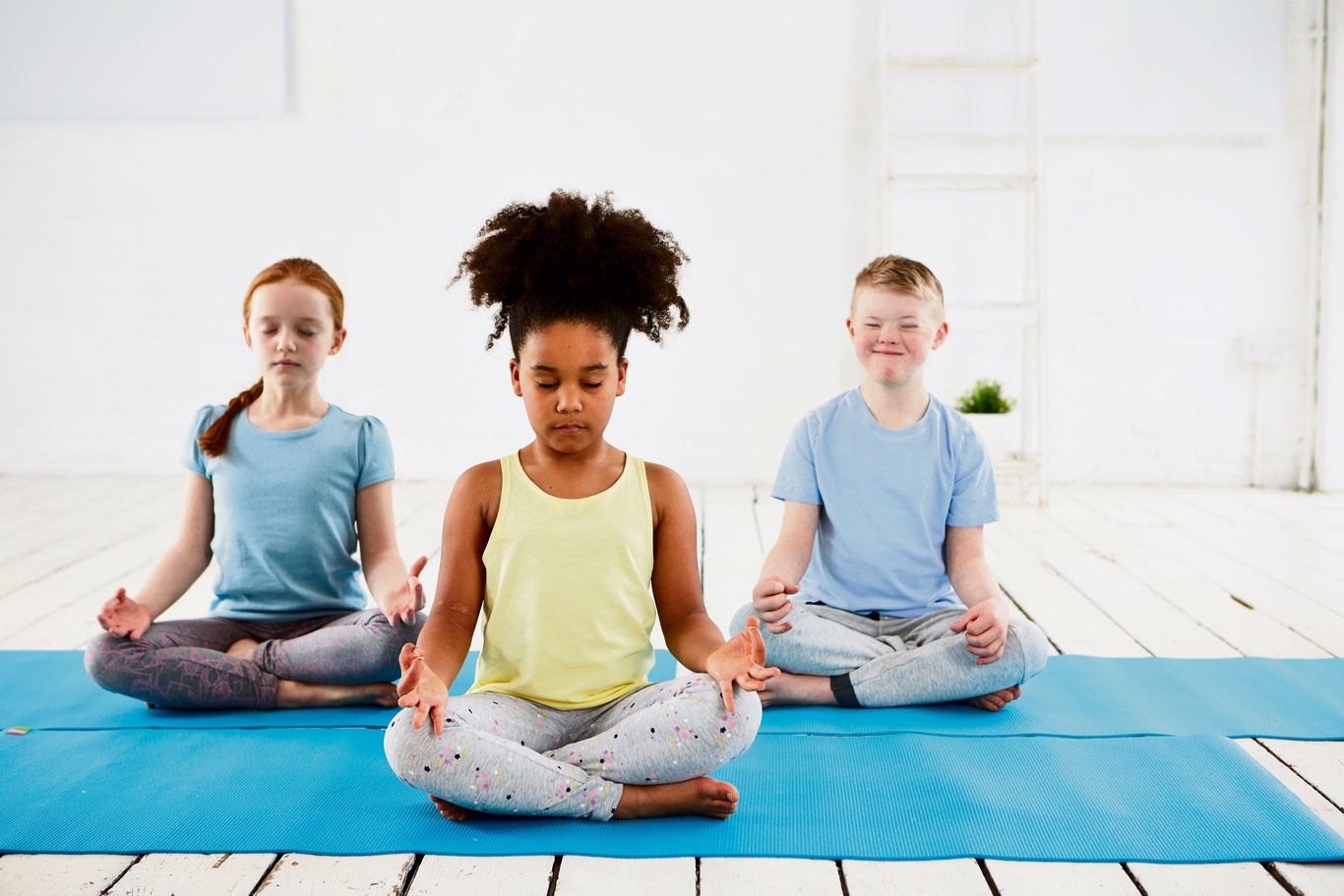 t may be over five thousand years old, but India’s bountiful gift to the world only goes on growing in popularity.

Therefore it’s no real surprise that children are also captivated by the chance to move into animal postures – and fall over a lot.

Tufnell Park-based Susannah Hofmann has been teaching kids and adults how to bend, twist and move, but also how to sit still, at Triyoga in Camden (and before that Primrose Hill) for years.

Long enough in fact, that my 11-year-old daughter, who regularly enjoys her weekly classes today, is always happy to point out that she’s been her student since before birth.

Now, Susannah has produced a beautifully simple and engagingly illustrated Dorling Kindersley book aimed at introducing six-to-nine year olds to the physical joys, and the mental clarity, of starting their own yoga practice at a young age, hopefully something they can then return to for life.

Stressed and stiff parents seem to be getting a lot from reading it too.

“I wanted to create a yoga book that included real children, with images of them doing the poses in stages, and not necessarily perfectly,” she says. “That isn’t what yoga is about. People say they really like how the emphasis is on ‘every body’ being different.”

Yoga for Kids introduces 25 different poses and activities to learn, while showing the importance of warming up, and also of breathing.

“The majority of things I saw aimed at young audiences were more storybooks with illustrations and therefore not necessarily something all children would want,” she says of the book’s practical illustrative format.

“Having practiced yoga myself since childhood, I really wanted to make it accessible and something that was also inviting and fun. Yoga is so important in today’s world as the pressure increases to perform well at a very early age.”

Giving over-stimulated youngsters some calm away from the shoot-’em-up video game or the stresses of school testing, while focusing on fitness too, is a win on so many levels, something highlighted in the book’s introduction, which is penned by actress Patricia Arquette.

“I’ve known Patricia since I was 16, having met her and her family on a camping holiday,” reveals Susannah, about how this celeb endorsement came about. “We’ve remained close friends ever since, and as a deeply spiritual person herself, I had no doubt about asking her to write the forward.”

Kids can lay out the book in front of their mat and follow simple instructions, ranging from mindful basics like standing in a tree pose, to more complicated, dynamic and fun sequences including the monkey squat, plus there’s a bit of ancient Sanskrit to be learned via the authentic names for all these moves, too.

But it’s probably most fun if they do it with their adults, who stand to gain not only from spending some top quality time with their youngsters, but also reep all the benefits of some stretching and mindful focus of their own.

“Adults really seem to like the info boxes describing the benefits of each pose,” says Susannah. “Several have told me that they’ve actually bought the book for themselves as it’s so easy to follow, with clear and concise instructions.”

Looks like yoga’s popularity won’t be waning any time soon if today’s six-year-olds and even those in utero have already caught the bug.