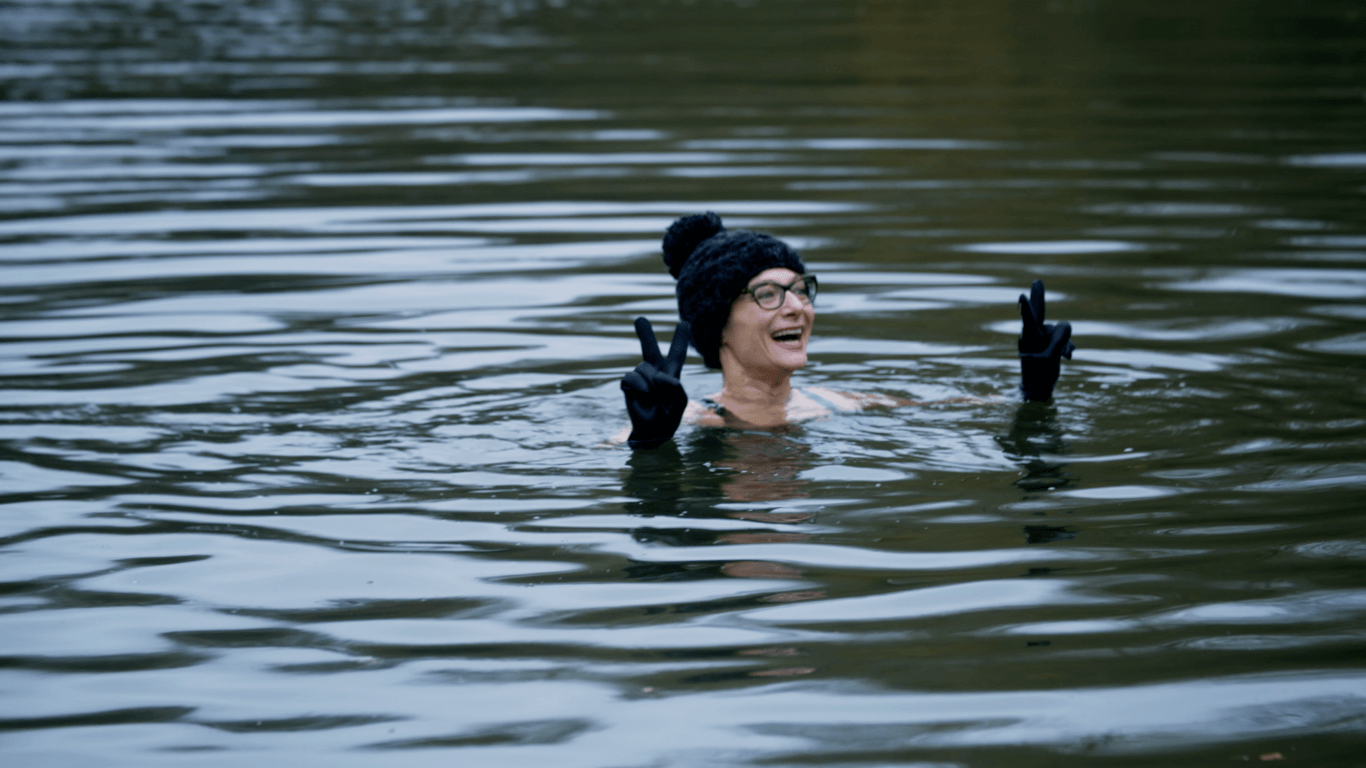 The Ponds: a feature-length film

We are keen swimmers here in the office, although I can’t pretend we’re all-year-rounders: we do, however, swim from April till October, both in the Parliament Hill Lido and (my favourite) the Men’s Ponds.

To most users of the Heath, the hardcore daily dippers are a source of undeniable fascination, and if you want to know the stories behind some of the water addicts, new feature-length documentary The Ponds, premiered at the Dartmouth Park Film Club, profiles a year spent with the swimmers.

Across the Heath’s 320 hectares of forest and parkland, as well as the three swimming ponds, cameras filmed regulars over 12 months as they “swam, laughed, sang, complained, ruminated, philosophised and simply sought respite from all that life threw at them”, says co-director Patrick McLennan.

“The act of getting into the cold water brings about a feeling of freedom from the stresses of life, a sense of connection with nature and other swimmers, and a euphoric sensation so powerful it should be banned,” he says.

Characters include market research company owner David, who lost two stone since filming began and whose comical asides belie the more serious reasons he swims there; businesswoman Carrie, who had a double mastectomy just before filming began; US mining executive Tom, who first used the pond as therapy after he came out of a two-week coma; the group of women who call themselves the ‘Kenwood Slappers’; and Chris Ruocco, Fortess Road’s old school tailor and ex-boxer, who first swam at the ponds more than 60 years ago.

Finally, did you know that the Russians have an expression that captures the ponds’ appeal? ‘Zhivaya voda’ literally means ‘living water’ – the pleasing (and rather life-affirming) idea that everyone who swims in a body of water contributes to its essence.

In short, it’s one not to miss.