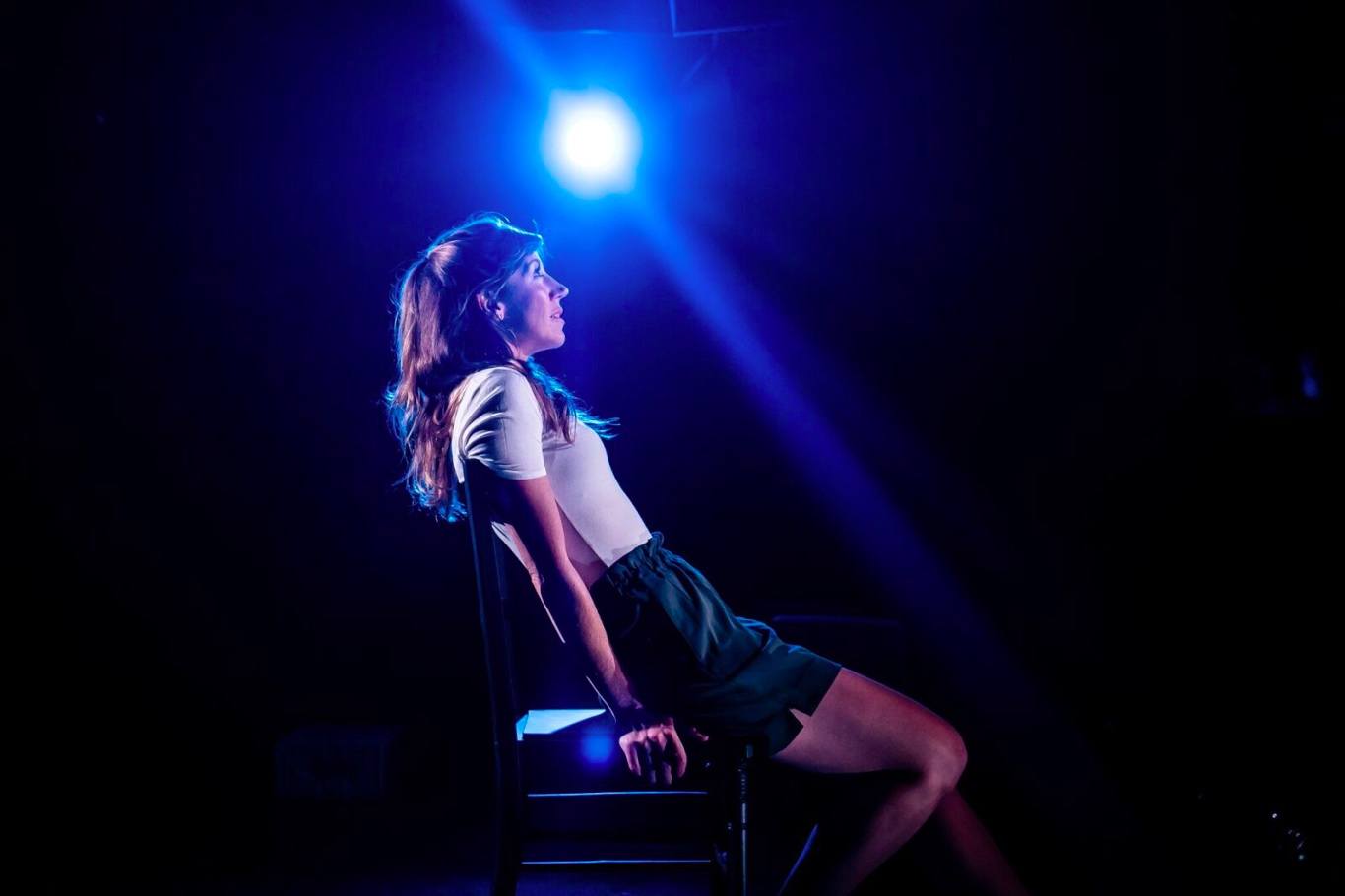 couple of years ago, all-female production company Damsel formed as a constructive response to the ‘woeful’ underrepresentation of women in the arts. Since then, founders Hannah Hauer-King and Kitty Wordsworth have been bringing together female directors, producers and artists to breathe life into scripts written by women.

They’ve previously tackled issues surrounding motherhood, abortion, sexuality, gender identity (to name but a few) while Fabric, their current production, sees them joining forces with the multi-award winning writer Abi Zakarian, so as to document one woman’s experience of sexual violence and trauma.

Fabric’s protagonist, Leah, is an “everyday working-class woman, aspiring to be the best she can be in every situation,” says Nancy Sullivan who plays her. “She is trying to be the perfect daughter, the perfect wife, and throughout the play she looks back to question where that has got her.”

By this, Nancy is referring to the play’s depiction of the gradual, almost ritualised acts of violence towards Leah and the unquestioned expectations placed on her everyday. These expectations only exist because she is a woman. “I’ve never questioned that it’s because I’m a woman that certain things happen,” says Nancy, “that’s what I took from the play when I first read it. If just a few people come away from the play with the same awareness and realisation, I’d be absolutely thrilled.”

The play has been running at Soho Theatre for the last couple of weeks, where it’s been met with rave reviews from critics and audiences alike. “Both men and women have responded so positively to the performance,” says director Hannah Hauer-King. “No one has taken issue with the way men are represented – which is a sign of progress in itself I suppose – rather, people are really able to either recognise or empathise with the micro-aggressions represented in the play,” she says.

As of this week (Sep 24th), Fabric has taken to the road. The team will spend the next fortnight touring the capital, performing in ‘non-traditional’ spaces in four London boroughs. “Considering the crucial subject matter, we decided that it was important to bring the production to a wider audience, reaching those who wouldn’t necessarily pop to the theatre in Soho,” says Hannah.

This unique roving production will see the team perform (at subsided prices, £6) in Hammersmith Town Hall (W6), Kingsgate Community Centre (NW6), Goodinge Community Centre (N7) and Draper Hall (SE17). Each borough has been designated as a ‘target area’ by Solace Women’s Aid, a game-changing organisation that offers free advice and support to women who have experienced domestic violence. They’ve been working alongside Fabric throughout the production.

Every performance will either be accompanied by a Q&A session with writer Abi Zakarian or workshops and opportunities for bystander interventions, each will be facilitated by representatives from Solace. This is not one to be missed.

Main image: Nancy Sullivan as Leah, by The Other Richard