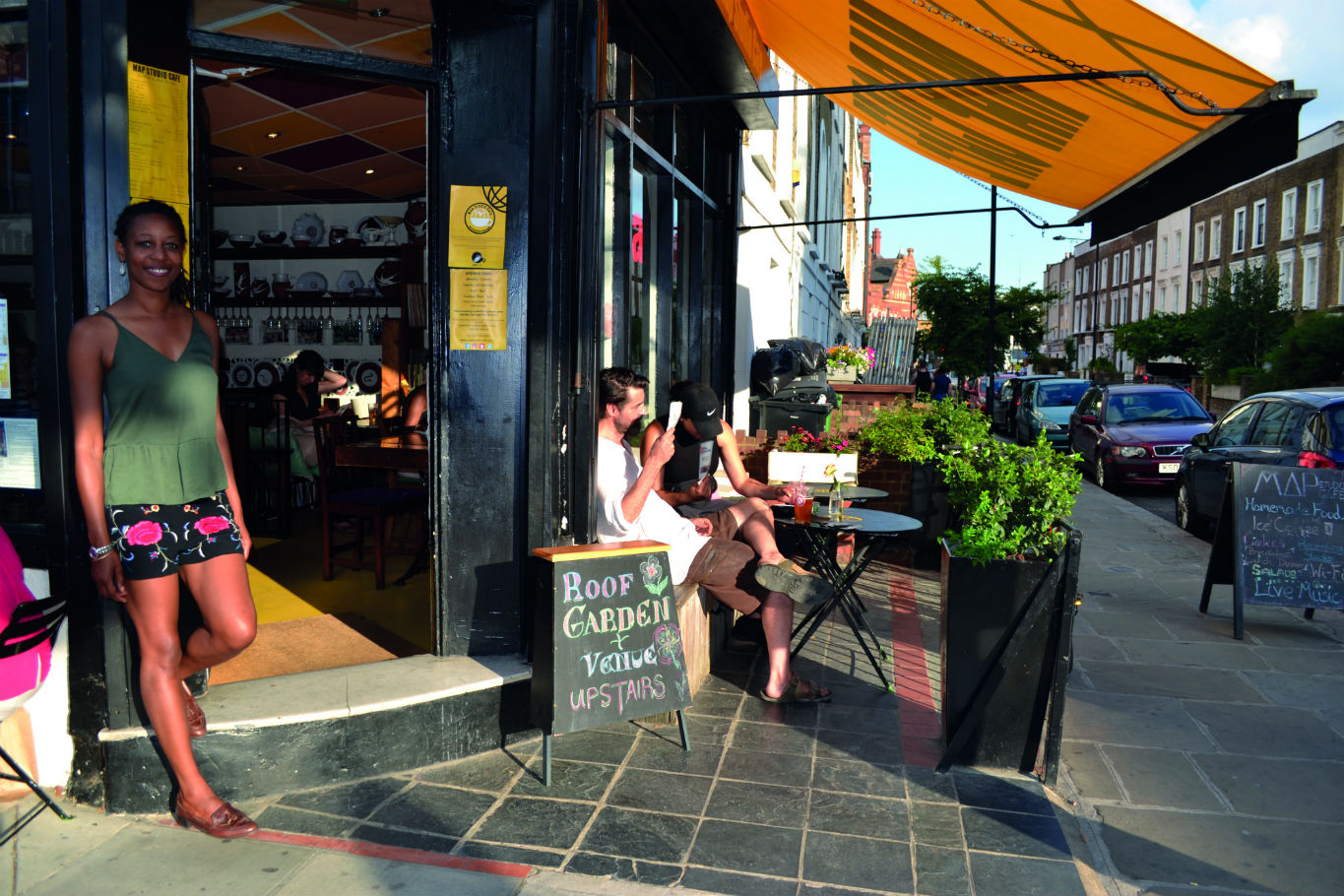 t’s Wednesday evening, which means Chess Club at a bohemian spot on a K-Town backstreet. The place is busy with families and couples settling down to begin a game; there’s an air of competition. “Yes, it’s the grandmaster,” says a small boy to his dad, as an elderly (and obviously accomplished) player walks in.

Sitting outside at one of the handful of tables is owner Chris Townsend. “We’re ambitiously trying to make a go of things,” he says. “It’s a big project that never really makes a profit, but it’s a popular place with the community – and that’s what it’s about.”

Aside from playing board games in the convivial space, what attracts people? “Itch FM, the hip-hop radio station, broadcasts from here, there’s the recording studio and the cafe.” The likes of Goldie, Adamski and Ms Dynamite have passed through the doors over the years.

This summer has seen a diverse programme, including The Artery, an open mic night that features new talent and experienced professionals. “It’s a really good vibe,” says LaToyah Gill, who manages the events. “On Saturdays they have live music and theatre productions. Last weekend we had a great one-man show called Rhyming God.”

Come Sunday it’s more about education. “We have discussions and artists anonymous, which is like an AA session,” says LaToyah. “People come and talk about the issues they face in day to day life. It can be quite a solitary existence, it’s nice to get feedback and inspiration from other people. Everyone who attends adores it.”

There’s the Surgery too, a forum providing guidance for people in the industry. “We’d like to promote that more,” says LaToyah. Most of these will be continuing into the autumn too.

And what’s LaToyah’s approach? “I see it as a refuge,” she says. “Even if creatives aren’t recording or performing, they come here just to chat. We appeal to a real variety. I’m concentrating on showcasing their work and representing them legally, once I’ve got my law diploma. A lot of artists don’t think about the business side of things; how to actually make an income and not be exploited.”

Big players in the annual Alma Street Fair, they’re now thinking beyond NW5. “Our plan is for bigger things which will have more of an audience,” says Chris. “We’ll hit coastal towns like Hastings and Brighton. We’ve just done an open-air event in support of the Grenfell Tower tragedy. It was hosted by the Maxilla Social Club; we had a thirty foot stage from Pinewood Studios and eighteen bands.”

Back inside, it’s a hub of activity. The atmosphere’s jovial: the room has a cosy living room feel, with mismatched furniture and cushions dotted about. Records, books and pottery fill the shelves. “Bits of me are in here,” says Chris.

Meanwhile, upstairs it’s movie night and Hitchcock’s 1940s classic Rebecca is about to start. Part of the current Lost Film Society, films are played on a huge projector every other week. A few people are enjoying a drink on the dinky roof terrace before the flick begins.

Food-wise, there’s “a bit of Italian, French and Moroccan,” says Chris. “We’re changing our menu to coincide with the autumn agenda.” So grab a pint of Camden Pale Ale and pull up a pew before ordering a bite to eat. We’ll be back again soon to do just that.

Streetwear label Map London, a fore-runner of the eponymous cafe and studio, is relaunching this autumn at the NW5 venue, says Chris. “I started it in 1989 and sold it to Elle Macpherson in 2005; she ploughed fourteen million in, shelved the logo – which is what had made the range so popular across Europe, America and Australia in the first place – and changed it into a surfwear brand. Things didn’t work out, and she ran it into the ground.”

How did Chris regain control? “We bought it back for a hundred quid,” he says, with a chuckle. “We’re now introducing a group of local designers and producing t-shirts and vests, all British made: the fabric is from Manchester, dyed in Leicester and put together at Fifth Column printers in Tottenham.” In fact, his links to the printers go way back: he founded the enterprise in 1977, at that time housed above the tube in Kentish Town (what we now know as Wahaca).

So soon you’ll be able to pick up a quality tee alongside a slice of treacle pudding of a morning. For more on everything Map-related, head to mapstudio.com